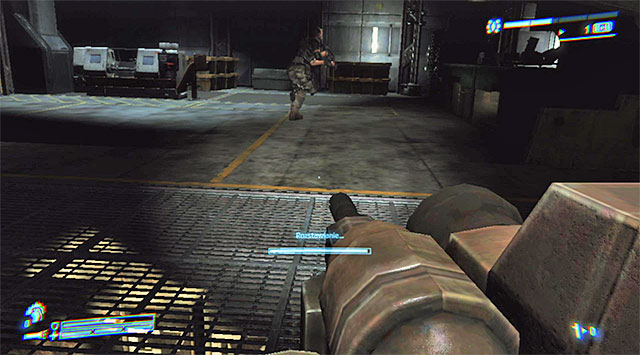 You have about 10 second to prepare for the Xenomorphs' offensive, so be quick about it. Start off by picking up the new sentry turret. Where you put it won't determine the win or the loss of the battle, but if done right, it will greatly help you out. I suggest placing it at the very centre of the vehicle bay and facing it towards the wall furthermost of the entrance (the above screenshot). 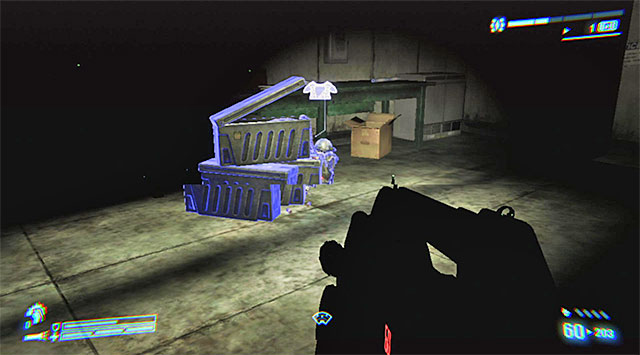 The storeroom on the right, illustrated above, plays an equally important part. Don't pick up the full armor set if you don't need in now, it may prove much more useful towards the end of the battle. The ammo depot will fully replenish your supplies, but the whole action will cost a few seconds. It's good to do it immediately and at least once again after the fighting has begun, preferably in between the aliens' attacks. 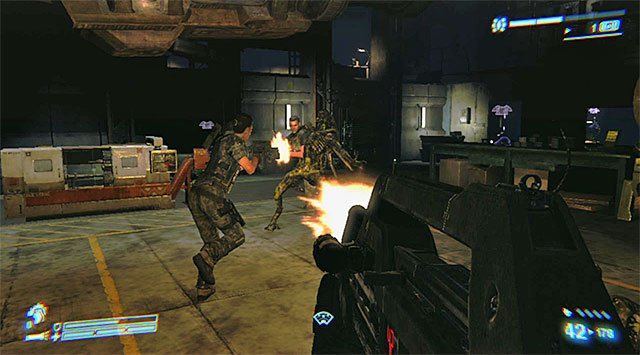 Try to stay within the main area of the vehicle bay for the most of the battle, especially given that the rooms are small are poorly lit, and many Xenomorphs will come out of vent shafts. The first wave will show up near the entrance. Don't worry about the sentry turret being faced the other way, those aliens shouldn't be difficult to get rid of. 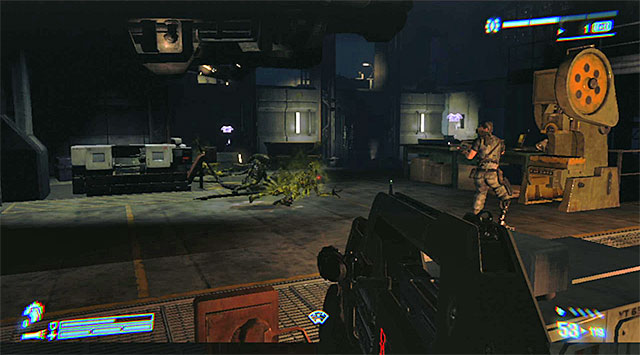 The following waves will start coming from the further area of the bay, and this is when the sentry turret comes into play; it will not only fire at the Xenos jumping down on the floor, but the ones trying to get to your allies on the gallery as well. 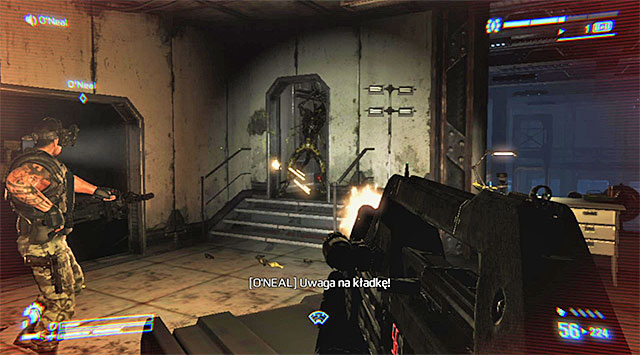 Stay within the main area until the sentry turret runs out of ammo. As soon as it happens, get to the storeroom, replenish your supplies and take the nearby stairs to the above gallery. Keep fending the aliens off until all of them are gone, but try to stay close to your teammates and keep an eye out on the ceiling and the walls.