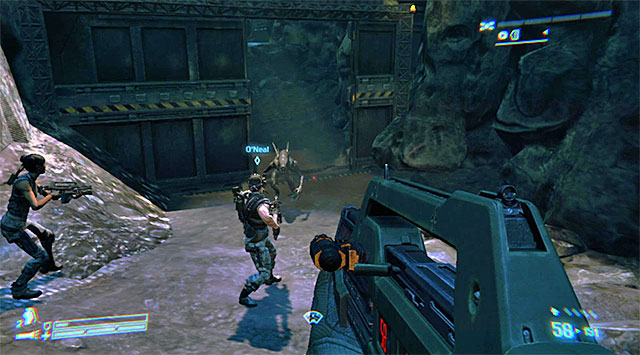 Leave the elevator and go straight ahead. You'll run into the first Xenomorphs at the above gate. Be aware that at the beginning of the mission, apart from regular Xenos, you may also occasionally encounter Spitters. Take them down as quickly as possible, making sure to keep them at bay and staying mobile all the time. 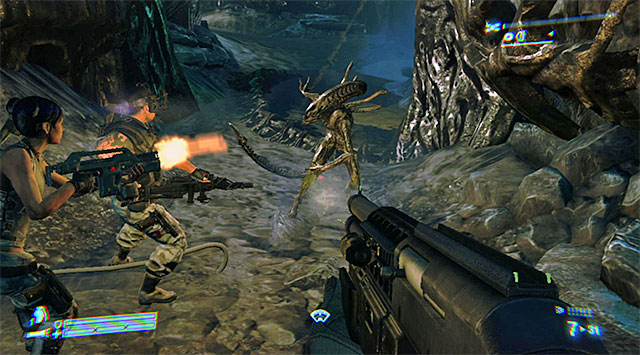 When the first wave of fighting is over, try to get to the upper gallery on the left; there should be an armor piece there. Make your way towards the gate on the right and you'll enter caves with some new Xenomorphs. Same as before, don't rush anything; first off, focus on spotting Spitters. Continue forward to reach the exit. 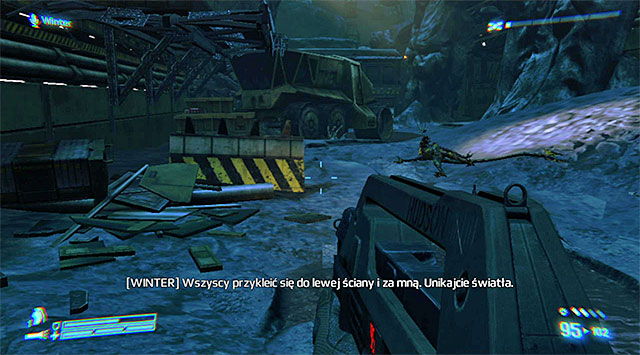 At the exit, kill the Xenomorphs coming at you and take notice of the stationary gun that lights the area looking for targets. No matter what, stay away from that light; consequently, to move close to the left wall (under the gun). 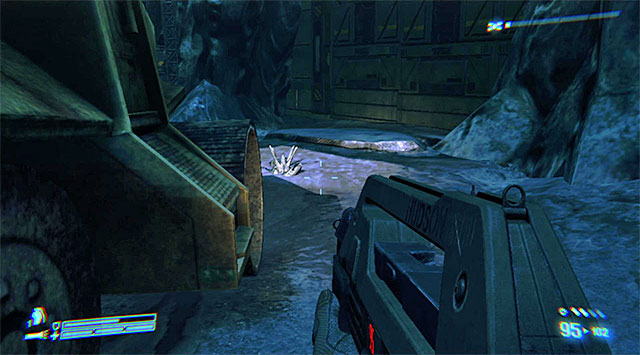 Stop by the vehicle pictured above. Wait until the gun rotates to the right to light the area you've just came from. Only then move forward; that way you won't need to worry about being detected and shot. Head for the entrance to another cave complex. 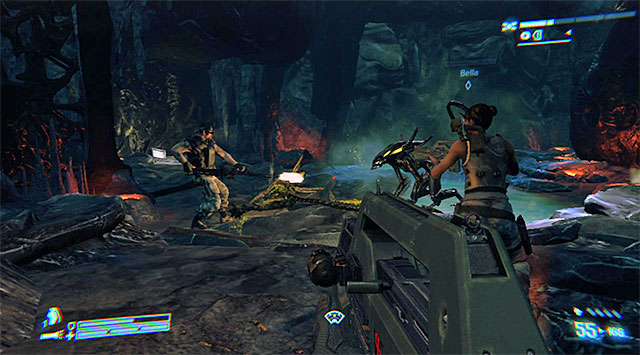 Be on alert even more as you'll not only be running into Xenomorphs (watch out for Spitters!), but will also have to avoid being detected by the second stationary gun. Observe where the light falls at a given moment, and move between covers, trying to stay close to your teammates. If needed, use the grenade launcher or the shotgun to quickly dispose of any alien and don't stay too long in one place. 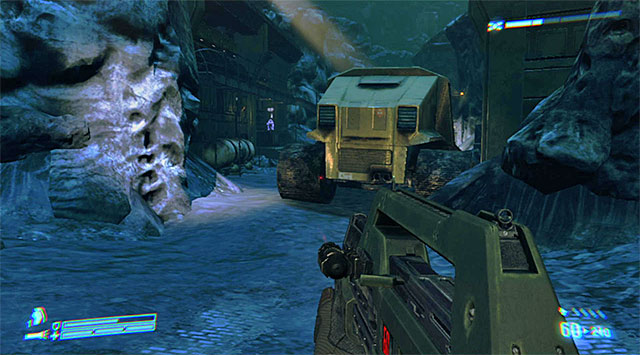 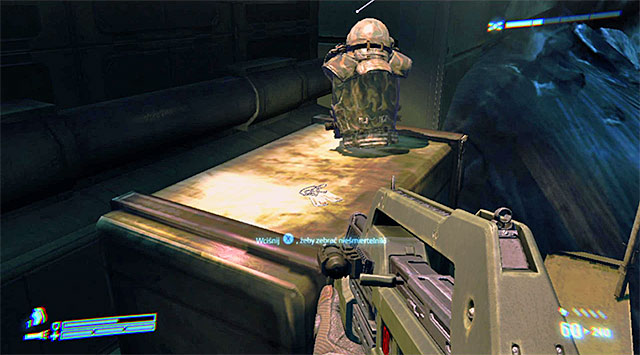 As soon as you leave the caves, I suggest taking the right path, on screenshot 1, first. Make sure to avoid the light. What you can find here is a full set of armor and a Dog Tag from screenshot 2 (Sgt Al Apone). 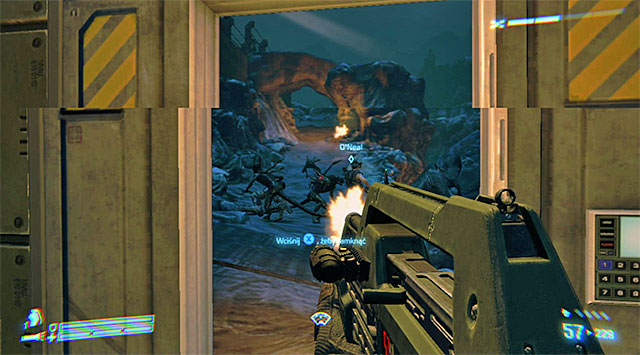 Backtrack to caves' exit and take the main path now, following your teammates. Take care of some new Spitters on the outlying rocks, then enter the building on the left. Go upstairs, stand at the exit and start eliminating subsequent groups of Xenomorphs. In case of danger, retreat to the building to make it harder for the aliens to hit you. 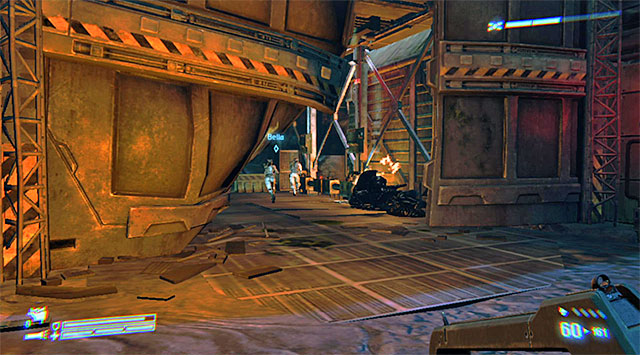 Move forward, ignoring the sounds of fighting; you're not on the radar of either the Xenos or Weyland-Yutani forces. Turn left the first chance you have and take the above pathway. 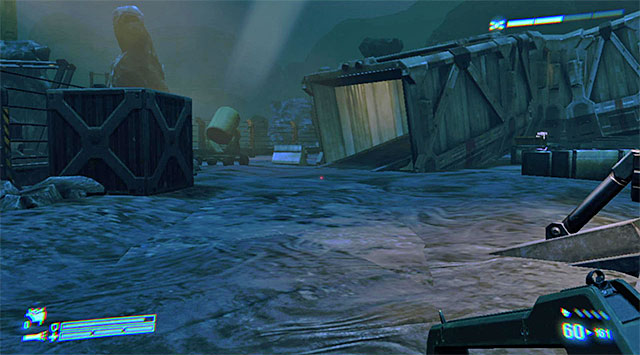 Don't worry about the fact that you can't use your weapons or the motion tracker at the moment; you're safe here. Make your way towards the hill, ignoring the mercenaries you'll see on the upper gallery. Ignore the supplies as well, because you'll be able to pick them up only towards the end of the mission. Your current destination is the tunnel, pictured above, that leads inside the new building.