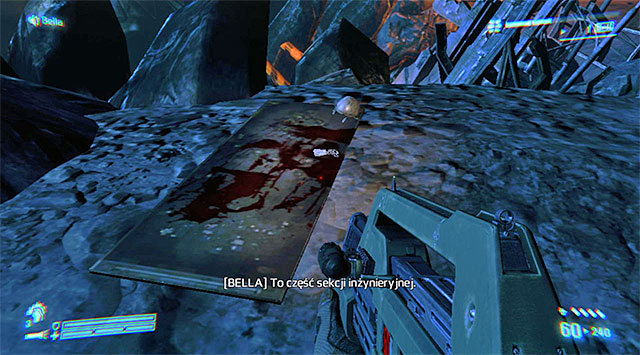 Head for the Weyland-Yatani Facility. On your way you'll notice several military Cheyennes flying towards the same destination, but there's no additional activity connected to it; your team won't be detected. At the first fork, I recommend the right path; you'll get an additional conversation. A little further you'll stumble upon a small camp (the above screenshot) where you can find the first Dog Tag (Cpl M. Bailey). 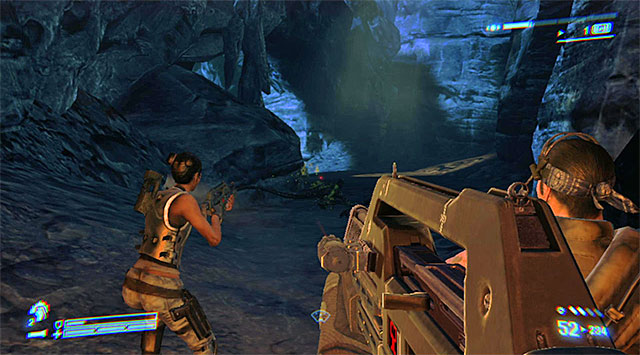 Continue the linear march forward, looking around for supplies in the meantime. The first series of battles will take place in the above canyon and the nearby camp. Eliminate Xenos, remembering to keep them at bay; your health and armor points will come in handy further on. 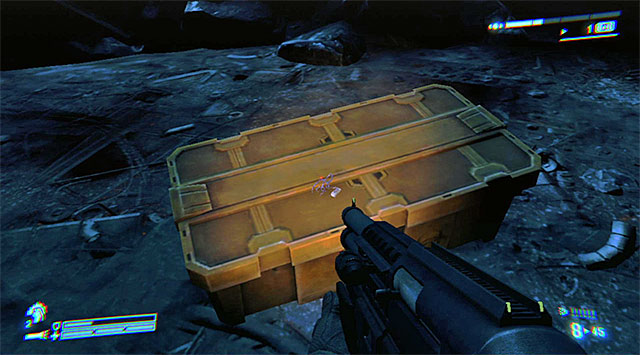 Make sure you've killed all Xenomorphs, then make your way to the next area, past a wreckage. You'll be regularly attacked by large packs of aliens. It shouldn't be difficult to cut through, though it's better not to take any chances. When every battle has been won, search the area for the above Dog Tag (PFC J. Washenfelder). 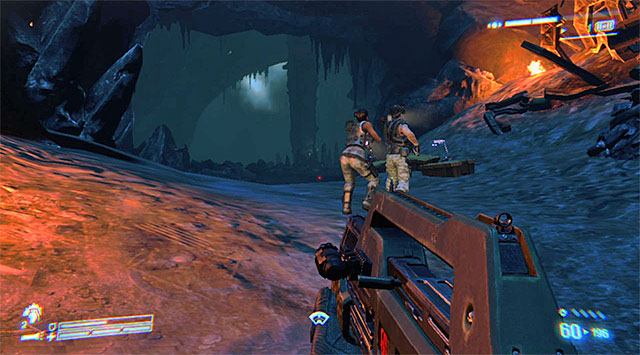 Afterwards, take the narrow passage that leads from the canyon to another area and take care of another group of Xenos. Before you enter the above cave complex, sweep the area for supplies, especially armor pieces. 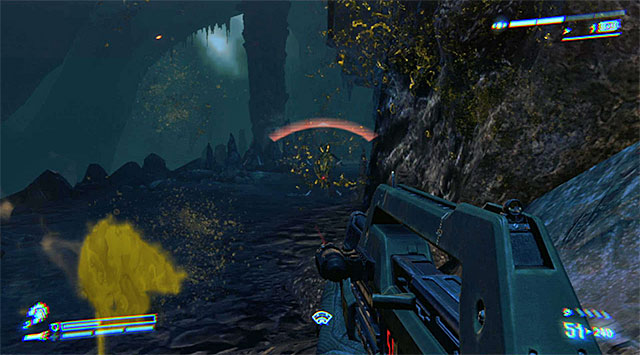 Soon after entering the caves you'll run into a whole new type of Xenomorphs called Spitters. As the name suggests, they spit acid and can attack from a large distance. Use your best rifle against them (preferably with an optical scope) and keep moving to make it harder for them to hit you. Also, notice that they often try to hide by the ceiling, so detect them with the motion tracker and the flashlight. 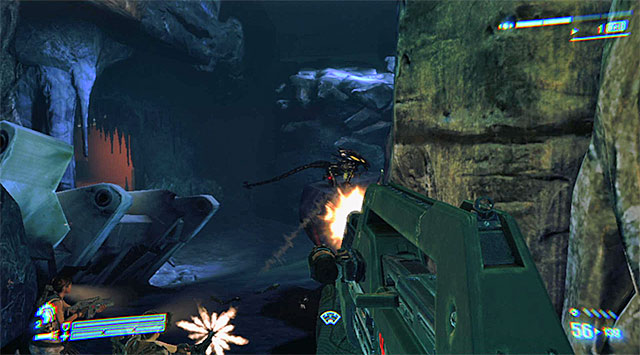 The whole passage through the caves is one and the same. Expect Spitters on a regular basis. Each time you run into a new batch, shoot them using the scope and keep moving to maintain your health and armor gauges at safe levels. 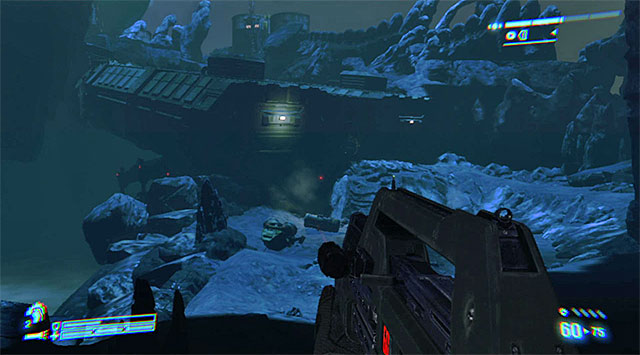 Your destination is the exit illustrated above. See to the supplies below, then take the only available path leading to the premises. 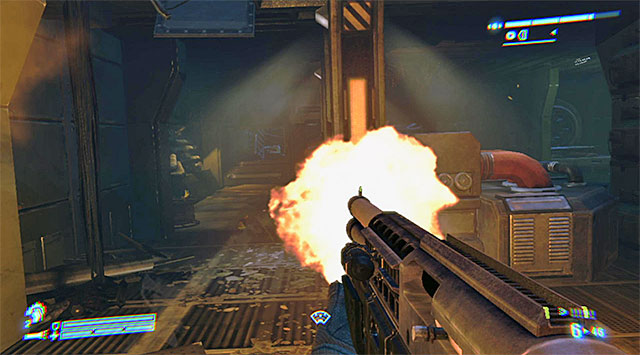 Go through subsequent rooms; apart from supplies you won't find anything interesting there. When you reach the last room, go up the stairs. Be on your guard, in a moment you'll be attacked by a large group of regular Xenomorphs. Given the narrow lay of the area, use the tactical shotgun or any other weapon with high firepower on short distances. Traditionally, check the ceiling and the walls, don't let anything surprise you. 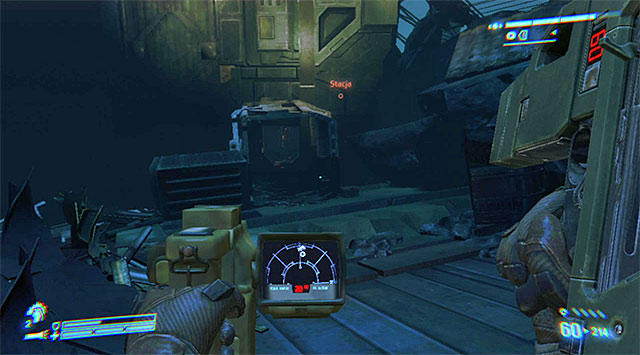 After taking care of the first group of Xenos, get to the ramp which will take you to the surface. Expect an attack from new aliens, though that shouldn't be a problem any more. Move to the next building (the above screenshot) and start exploring the damaged corridors and rooms. The good news is you won't run into any enemies. 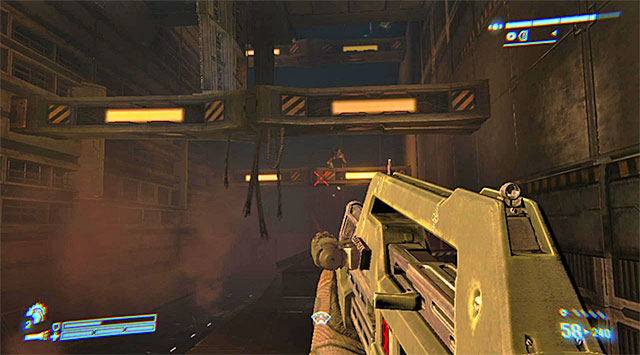 New Xenomorphs will star showing their ugly faces in the corridor pictured above, which is soon after using the stairs. I suggest retreating to the previous area; it's much harder to keep track of the aliens' movements in the main corridor, much less react to them. 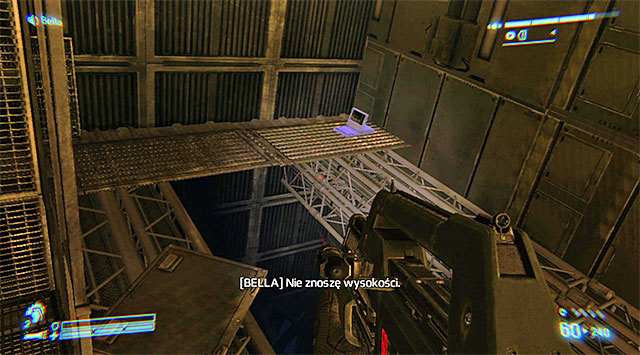 When the battle is over, move forward until you reach a hatch in the floor. Jump down and carefully make your way to the above platform where the first Audio Log is to be taken. Continue moving forward and you'll receive new orders in one of the rooms.