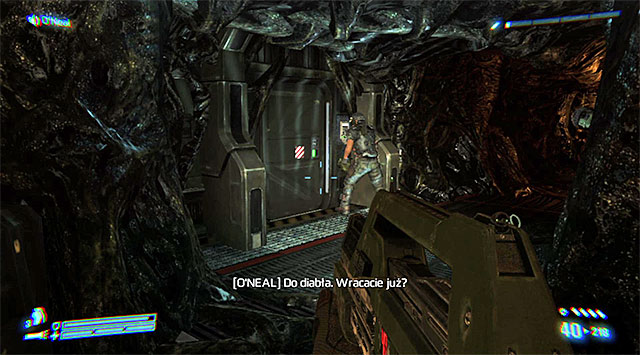 Follow Keyes and wait for him to open a nearby passage. Enter the new room; there's a another piece of armor inside. 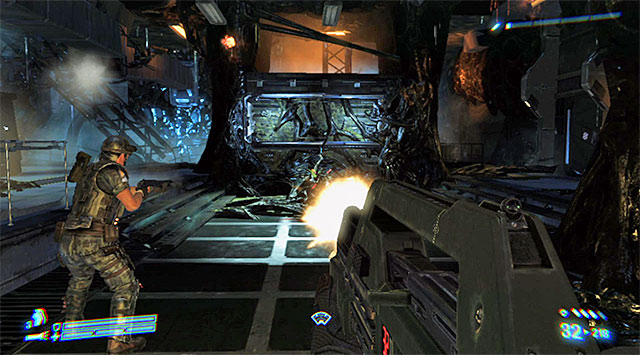 Proceed forward. When you enter the larger room, Xenomorphs will attack. I suggest taking a stand near the narrow passage so as not to give the aliens a chance to perform a surprise attack. If you're using the pulse rifle, I'd recommend firing a grenade launcher as support, to eliminate large groups of Xenos. 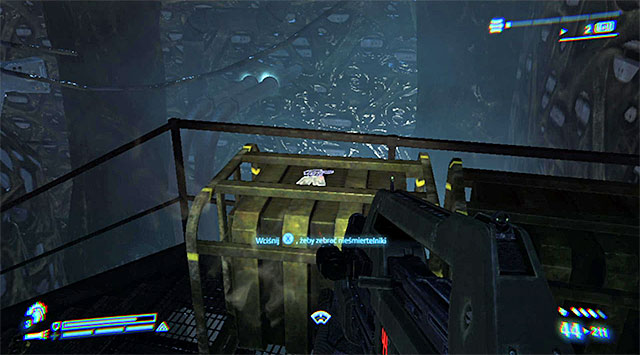 When you're done with the first wave, examine the area to the right of the entrance. Approach the railing, but watch out for another Xenomorph which may show up on the left without warning. Locate the Dog Tag from the screenshot (Cpl Dwayne Hicks). 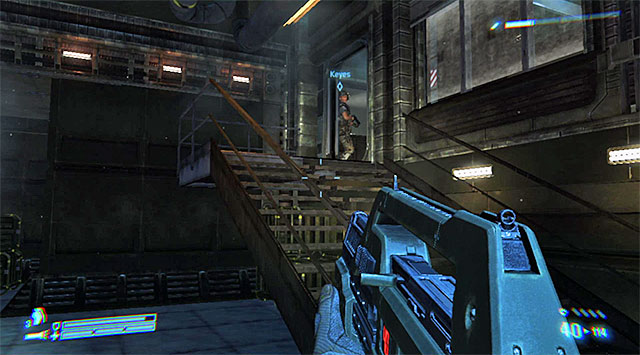 Follow Keyes. Try to stay near him and be ready to face new Xenomorphs that may stand in your way. Use the stairs leading to the control room. Go inside quickly so that Keyes could weld the door and prevent the aliens from attacking. 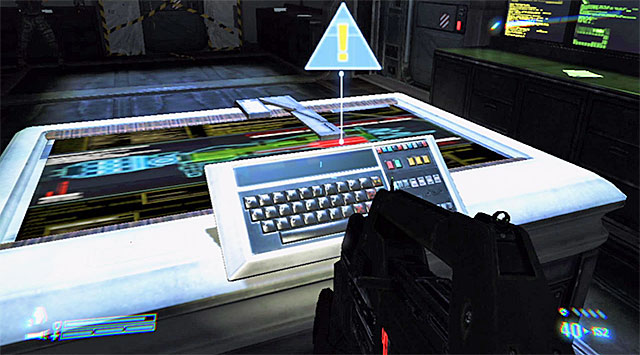 Be prepared to take down at least one Xenomorph that may cut through the windowshield even before shutting down the blinds. When the situations calms down, look around for the terminal illustrated on the screenshot above. Take the flight records and approach Keyes to hand it to him.