On this page of the Aliens Fireteam Elite guide, you can find a walkthrough for Recon, the first mission of the third campaign (The Gift of Fire).

Start by going down the stairs and proceed through a stone door. Watch out for lurking Xeno on the right. 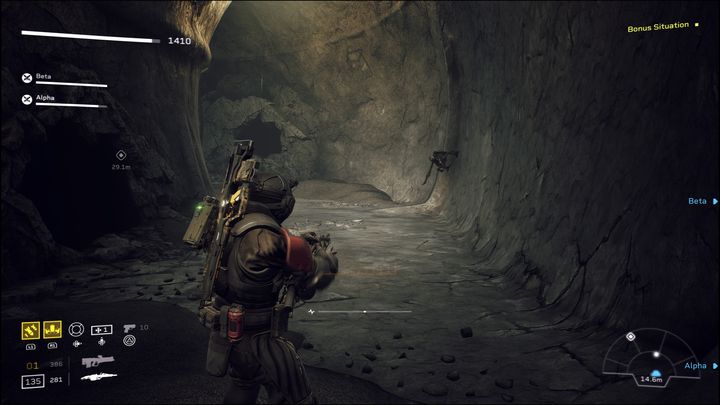 Continue forward but watch out for more Xenos. Clear them out as you proceed. 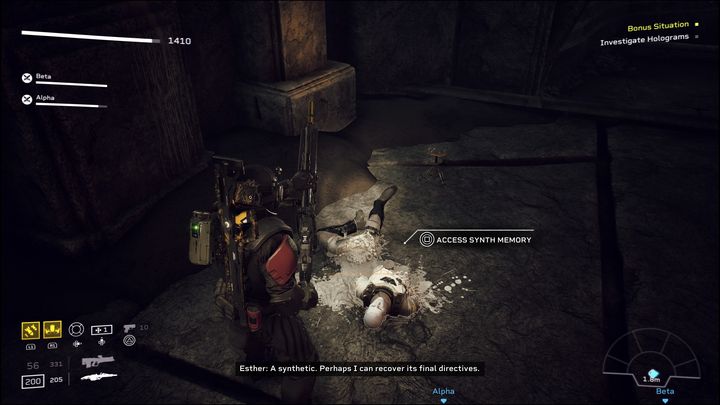 After a while you will encounter a destroyed Synth. Approach it and download its memory. This activates another wave of opponents, coming from the other side. Stay mobile, if you see a lot of Xenos near explosives, fire at them to destroy a lot of opponents with a single shot. 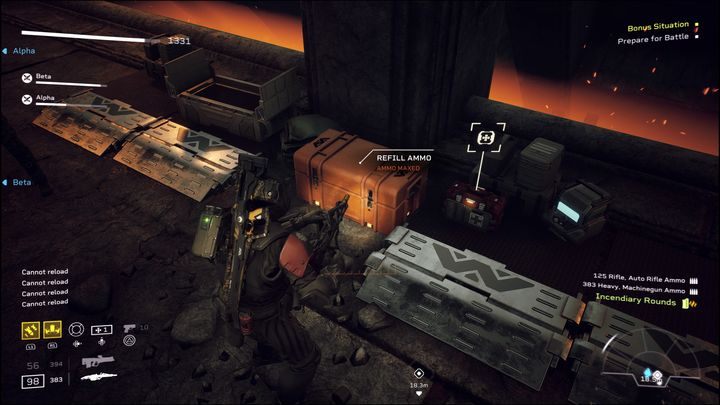 Follow the path to encounter an ammo crate, medkit, and a chest with a random item. Replenish your supply and then place the scanner in the designated location. This sparks another battle - be ready for Xenos coming from all sides. 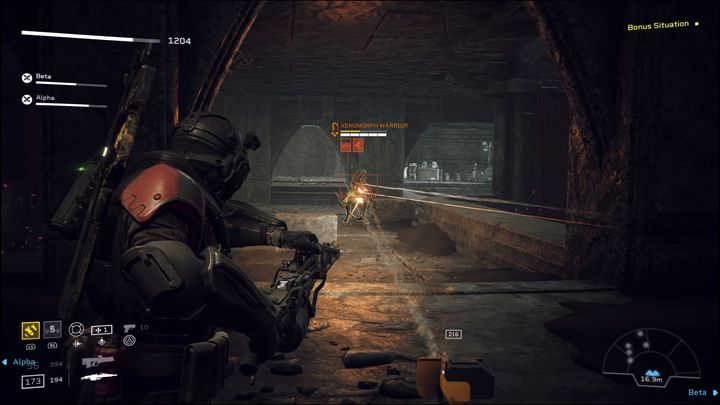 Most of the enemies are standard ones, but you'll also encounter ranged opponents, and a Warrior, so conserve your ammo, and if you run out, go to the ammo crate and replenish. 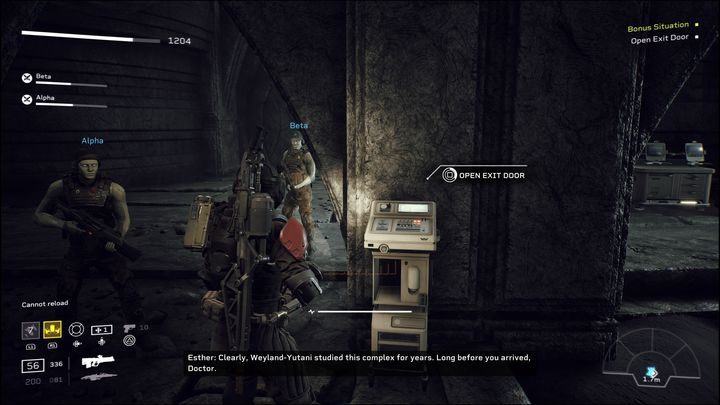 Once the battle concludes, open the door and continue forward. Your next objective is to scan carvings. New Xenos incoming - you will be forced to fight in a small room, so be stay mobile. 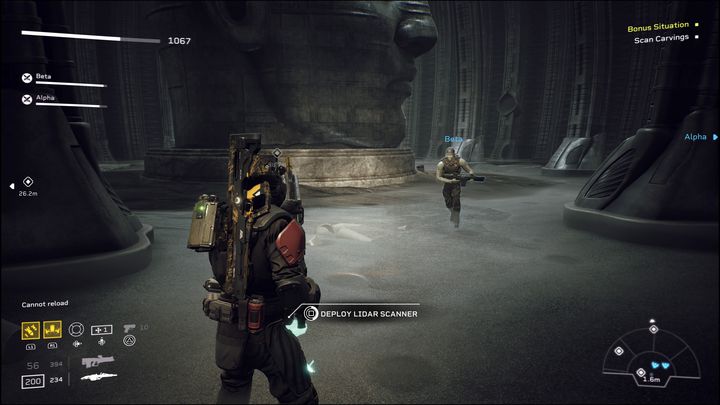 After defeating the opponents, a new waypoint will appear. Follow it. Another scan awaits. Rinse, repeat - scan the area and fight off the Xen. Once the area is safe, proceed to the next waypoint, and replenish your ammo and medkits along the way. 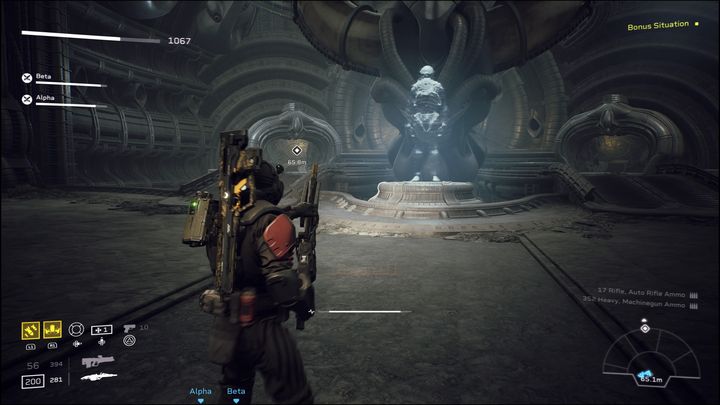 The room with the hologram will be a background to another battle. Kill the aliens and proceed to the left, 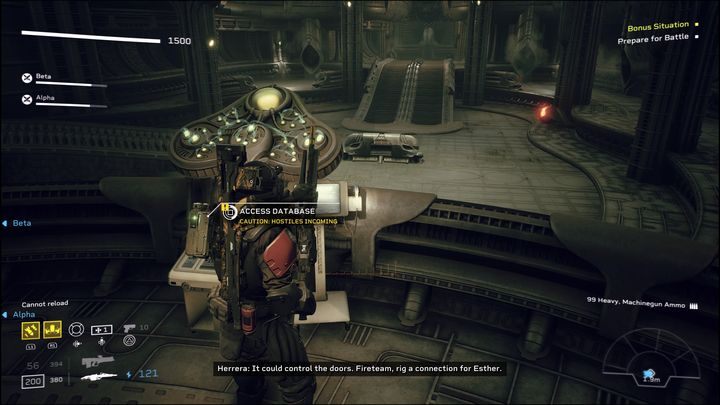 to reach a room infested with Xenos. Compared to what's ahead, this group should be easy to dispose of. Follow the ramp to reach a Xen database. Before scanning the terminal, restock ammo and medkits, and place turrets and mines across the room. 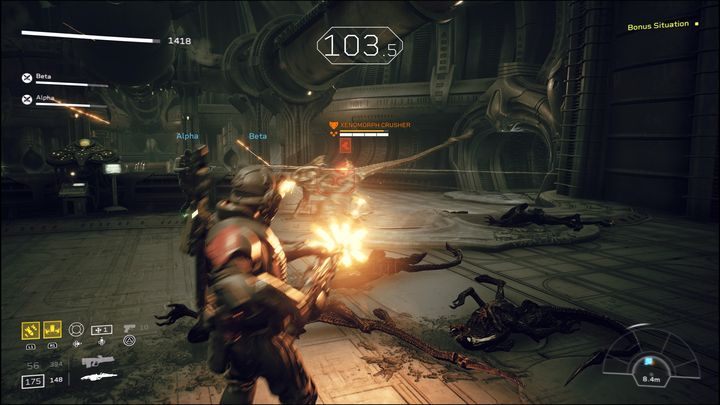 Activating the terminal starts a countdown. You have to withstand incoming Xen for a short period of time - be on your toes, as there will be a lot of them. Moreover, the battle will be joined by a Crusher - a new type of opponent, invulnerable to headshots. Crushers are quite agile and often charge at the players. 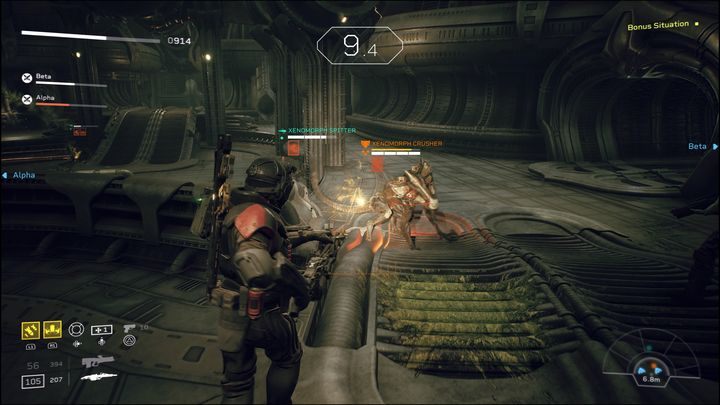 Shoot their backs to deal damage. If the battle dies down a bit, use the opportunity to replenish ammo. Make use of class abilities to fight the enemy more efficiently. Once the counter reaches zero, new waves will stop appearing, but you need to clear out the remaining opponents in the room. After clearing the area, continue to the new marker to finish the mission.