On this page of the Aliens: Fireteam Elite you can find a walkthrough for Contact - the second mission of the second campaign (Giant in the Earth)

Start by following the waypoint designated by your HUD. The path to a large sculpted head is free of enemies. 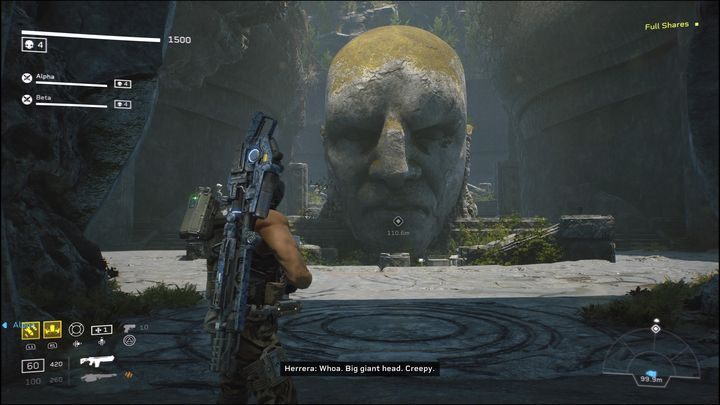 Unfortunately, after reaching the head, you'll be attacked by Xenos. Deal with them, and continue. 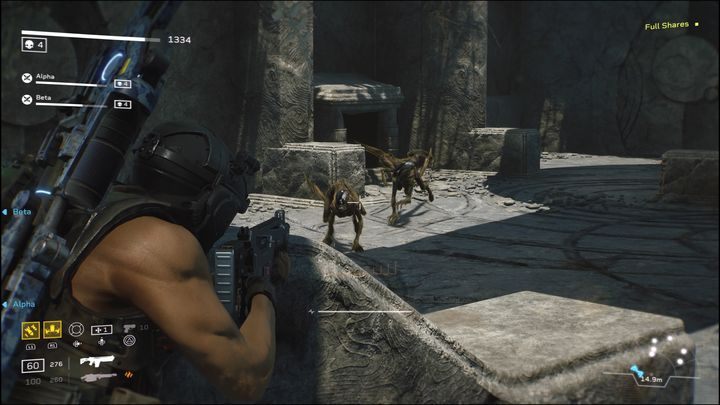 In the next room, there are enemies, but there are fewer of them. Clear the area and follow the cave. 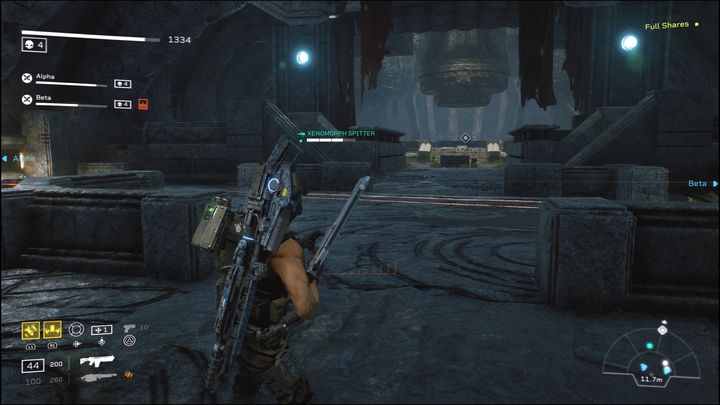 Defeat Xenos encountered along the way and continue towards the circle located in the middle of the room in which you are in. Use the opportunity (crates nearby) and restock on ammo, medkits, and pick-ups. 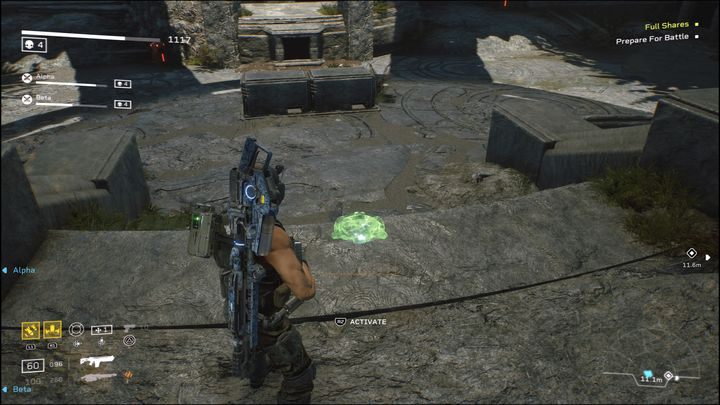 Consider preparing for the battle ahead - use mines, turrets or other items that can help you in combat. Note - place a mine near every stair entry. 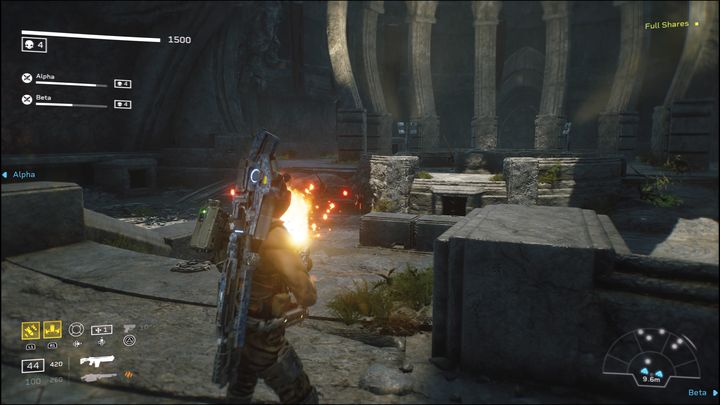 Once you are ready, activate the terminal, sparking a large-scale Xeno attack. At first, you'll be facing basic units only, but as the battle progresses, you'll face a Warrior and other stronger enemies. 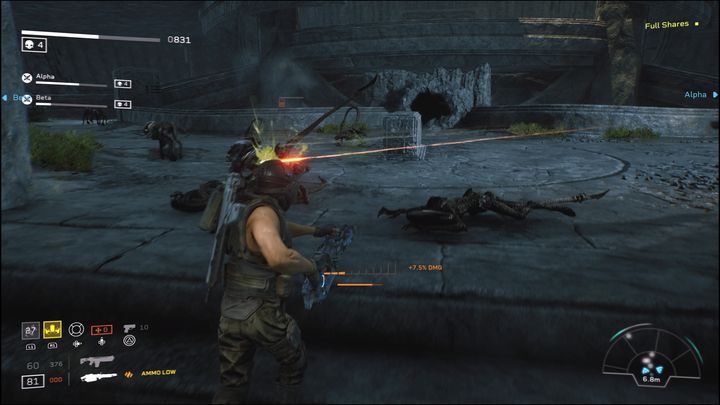 After the battle concludes, proceed to the next room. Here you'll face additional opponents, but there are fewer of them than in the previous room. 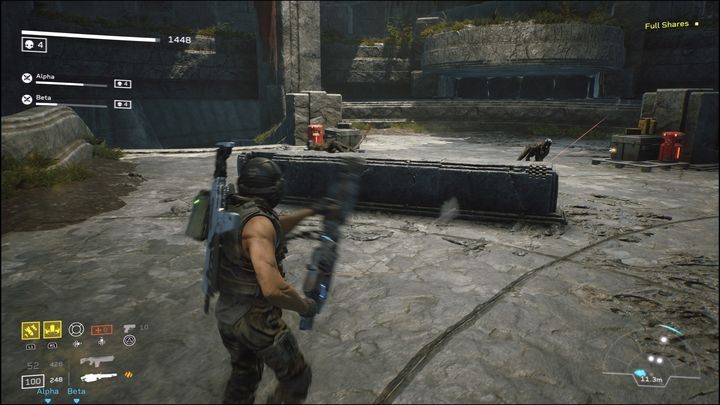 Continue forward to encounter a large bunker - more Xenos will appear above it. There are fuel cans in the area - shoot them to kill additional opponents. Once cleared, head towards the bunker and follow the waypoint. 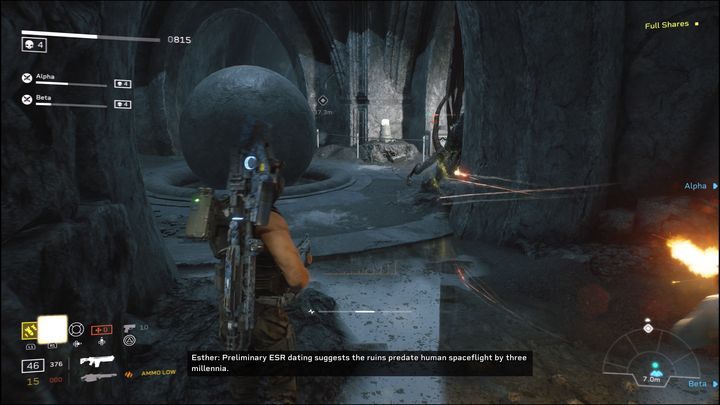 You should reach large spheres. Xenos are also there, but fewer than in the previous encounters. Proceed further - you should encounter a new type of opponent. 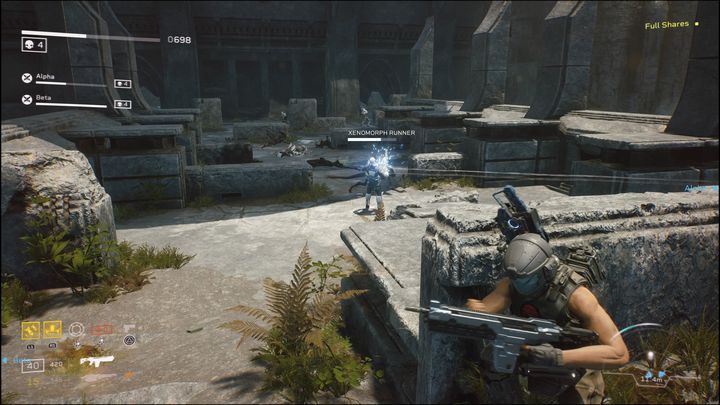 Synths are your new enemy - they are the closest thing to a human enemy the game offers. . Most of the time, they will use ranged attacks, but there are types of them that prefer melee - e.g. shield-equipped units. 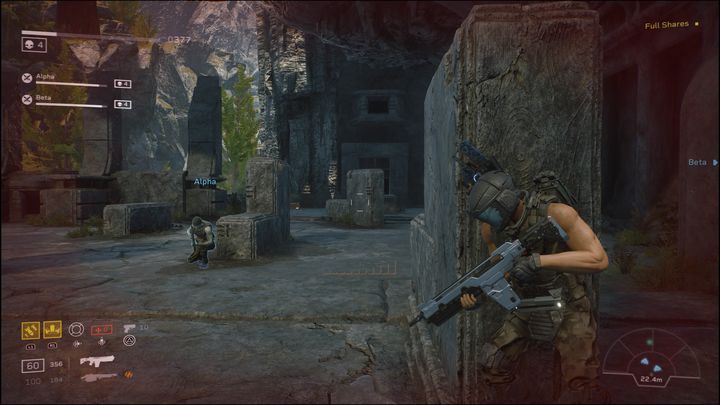 Interestingly enough, Xenos and Synths are hostile to each other and fight wherever they both appear - this is a huge advantage that will prove itself useful more than one time. As a result, stay on targets that attack your team, and leave the rest for the remaining opponents. 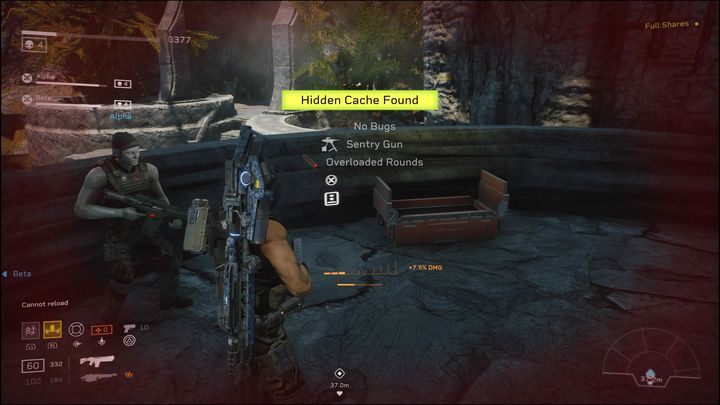 Going to the Synth side of the room, there is a hidden chest containing pick-ups. Consider visiting the chest to get a few useful items. Continue forward. 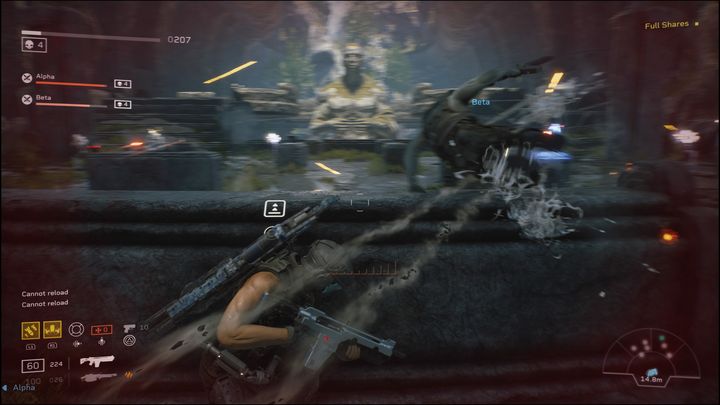 You will encounter more enemies, Synths mostly. A new type of Synth will appear - a sniper. Its entrance will be signaled by messages appearing on the screen and a red laser beam.

The sniper deals huge damage, but you can always hide behind a cover then quickly approach and kill him, as it will be a while before it manages to reload and fire again. . 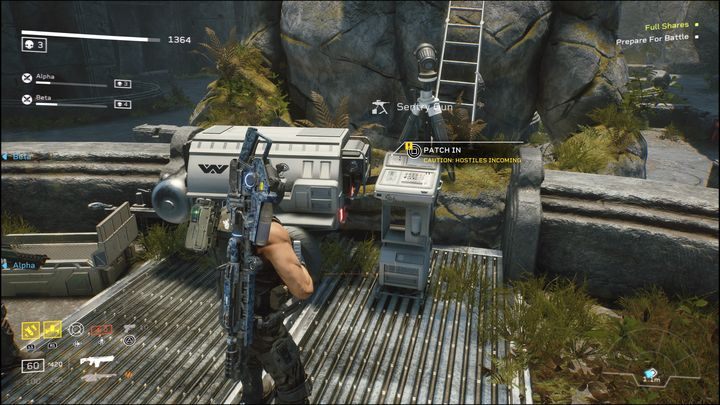 Once you've defeated the Synths, head to the next sculpture. There are additional ammo crates and medkits there. Your goal is to activate the terminal, however, it will bring additional opponents. 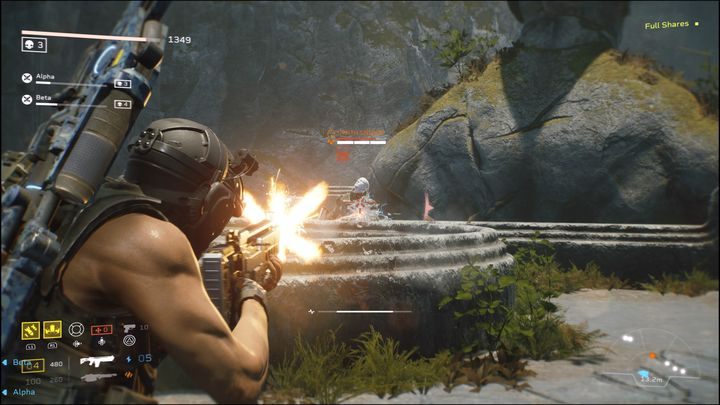 Consider placing mines and turrets around the room before you start the terminal. During the battle, you'll be facing both Xenos and Synths. There are much more of them than usual, but this is the last objective of this mission, so don't hesitate to use up your items as to not have to repeat the mission again. 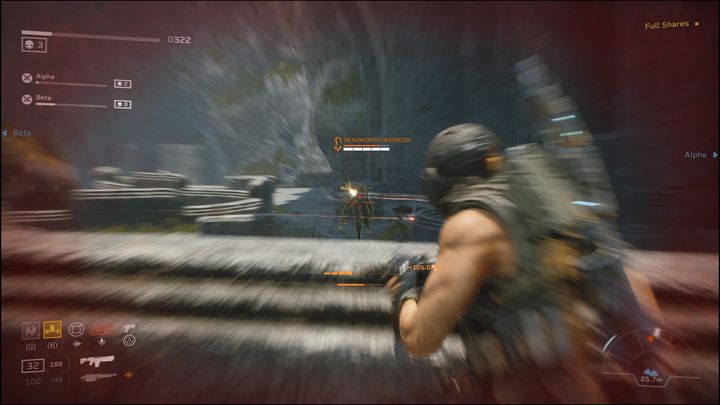 As in the previous cases, Synths are hostile to Xenos and vice versa. Use the ensuing chaos and start by eliminating Snipers and Warriors, and leave the remaining types of opponents for last. The opponents will target other enemies first, so you have a little breathing room during combat. 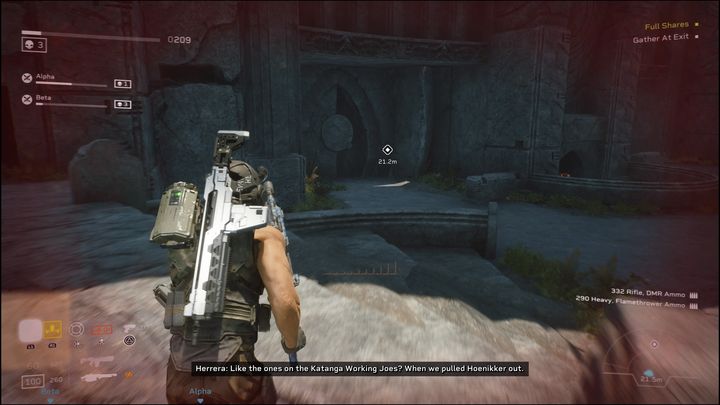 If you've survived, approach the gate marked by your HUD to complete the mission.