On this page of the guide to Aliens: Fireteam Elite you will get learn about all available classes in the game. In addition, you will read about what a given class specializes in, and what are their advantages and disadvantages. 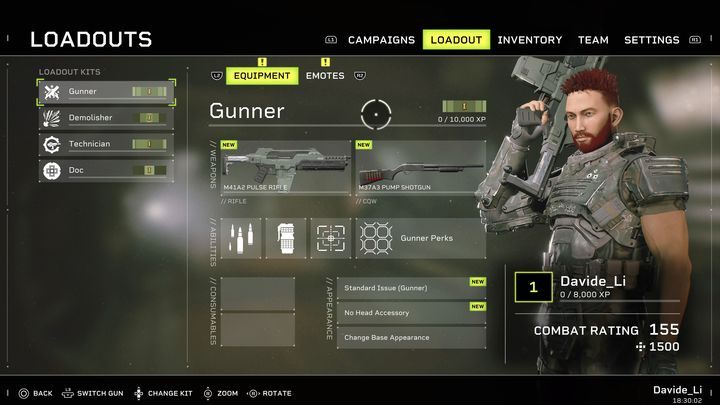 Gunner is the most common class. It does not stand out in anything special, it's good at everything, but best at nothing. The main weapons of this class are machine guns and shotguns. A good class for medium and short distances.

As far as skills are concerned, this class uses frag grenades, which are perfect for eliminating large enemy groups, and it also can upgrade its own weapon, as well as that of the companions, which will help all of you shoot any weapon faster. 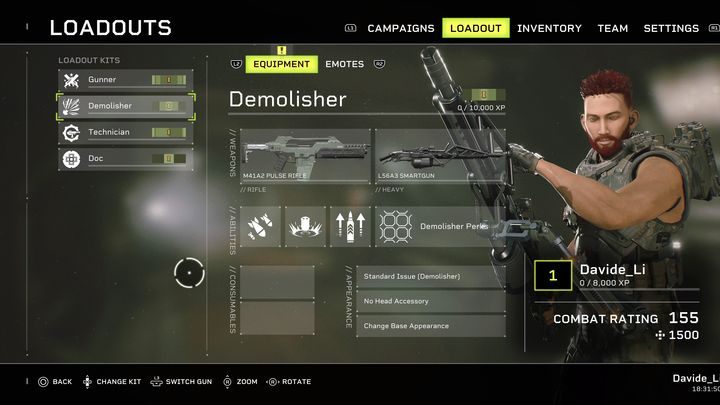 Demolisher is a class designed for total destruction. This class uses assault rifles, but what makes it perfect for eliminating large numbers of enemies is the secondary weapon, the so-called smartguns that track the target on their own, so you don't have to focus on accuracy that much; aside from that, this class also uses flamethrowers and grenade launchers.

Within their skills, the Demolisher has micro-rockets that they shoot at the enemy after a short while. They are ideal for killing several opponents at once, or dealing heavy damage to a single target. In addition, the Demolisher has a shock wave that throws backs and stuns nearby opponents.

This class is ideal for defeating as many enemies as possible, however, the disadvantage is that it can quickly use up all of its ammunition, so you need to keep this in mind when playing this class. 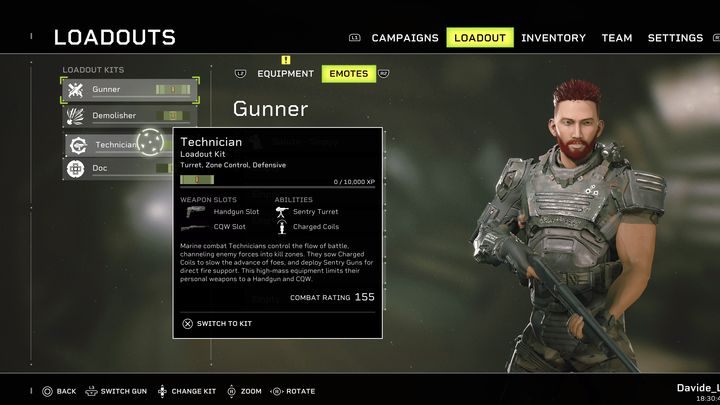 Technician specializes in defending individual points; perfect, if the map features a lot of locations where you need to defend yourself in one spot. Technician has some of the worst weapons, as they can possess primarily pistols and shotguns.

However, the strength of this class are their skills, which do the main job for the user. This concerns e.g. the turrets that track the enemies on their own and attack autonomously. Technician can have up to three turrets at a time. In addition, they have devices that slow enemies down when they approach said devices.

This class is very helpful and useful, but it will do little by itself. It relies mainly on the class skills. 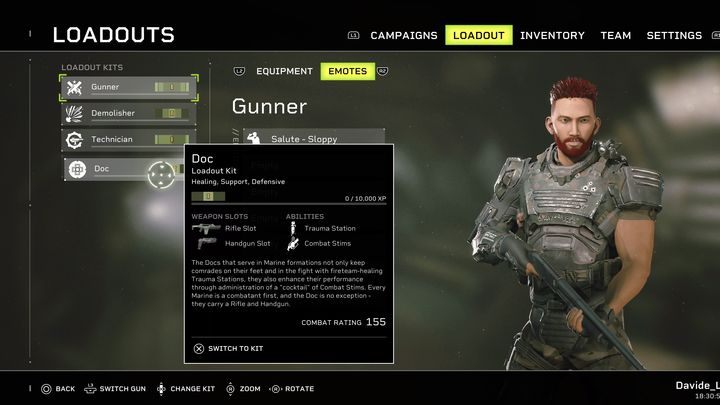 Doc is a character class focused on helping your team. They have a bit more to offer than Technician. Doc has a machine gun and a pistol.

Doc is also able to set up a medical station that heals nearby teammates and themselves. In addition, they can use a skill that strengthens the weapons of the team members and their own.

This class is not particularly good at the easier levels, but at the harder ones it's a must to be able to complete a given mission.

This class's skills include a shield equipped in one hand and a shotgun in the other, which combines defense with offense. In addition, the class has a unique skill that amplifies the Phalanx's damage as soon as they have blocked other damage with the shield; it accumulates up to 5 times. In addition, Phalanx has a skill that stuns the nearby enemies and inflicts damage on them over time.

If you care about a character class that resembles a typical tank, then Phalanx is the perfect candidate.