On this page of the guide to Aliens: Fireteam Elite you'll learn what can lead to your character's death and what happens when your character, or the entire party, dies.

If a player's health bar drops to zero, they'll collapse on the ground. They can move towards their party members who can revive them, restoring some of their lost health. The game doesn't end there, but the party members must revive a dying player in a specific amount of time - a few seconds or a few minutes, depending on the chosen difficulty level. If they don't, the character dies.

You can die from being shot, attacked in melee or by standing in the pool of acid left by a killed Xenomorph. 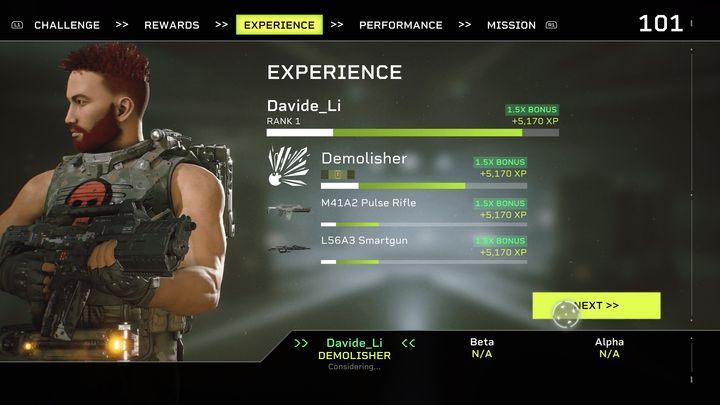 The death of the entire team has much bigger consequences. If every party member collapses, you won't have a possibility to stand up and keep fighting. The game has no checkpoints, so no matter how far you got in a mission, you'll have to play through it again. You'll obviously receive experience and currency even if you fail a mission, but far less than after winning one.