This guide for the Age of Wonders III is a description of all of the most important elements of the game, as well as detailed hints concerning both campaigns and their endings. So, in this guide, you can find explanations of the basic concepts in the game, including terminology and the game mechanics. In the chapter entitled World Map, all of the available actions have been described, available on the strategic map, as well as the buildings that you can see in the game. Also, this guide includes a detailed description of cities and upgrades, that can be erected. apart from that, you can find here the chapters devoted to the description of races and classes, the units, spells and special skills available for them, which make that class, or race, unique. The chapter entitled Heroes, includes a comprehensive description of the possibilities laid out for the main characters of the game. The last but not least is the chapter entitled Combat, which includes all of the information of fighting skirmishes and battles, information concerning sieges and hints that will allow you to win any fight. This is topped up with a detailed walkthrough for the campaign in the game - the Commonwealth and Elven Court storylines.

Age of Wonders III is the fourth installment of the turn-based strategy developed by the Dutch Triumph. The story takes place in the fantasy world inhabited by various races and classes. The task of the player is to found his own Empire that consists of many unique units. The leaders explore maps, discover new locations and also fight exciting battles, which are the quintessence of Age of Wonders III. developers also made sure that units are abundant and lands, where you can fight your battles, heterogeneous.

In the main campaign, you will pose as a leader that fights for either of the two sides - Commonwealth Empire and the High Elven Tribunal, which has come into being after the unification of dark and wood elves. The player starts the game as a neutral character and it is his choices that result in remaining neutral, or turning good or evil.

This guide for Age of Wonders III includes:

- a detailed description of the 2 campaigns available in the game, along with the presentation of endings available for each of them.

- hints concerning the navigation on the strategic map and exploration of its areas.

- a description of how to found cities quickly and efficiently, as well as the list of available upgrades available in them.

- detailed characteristics of the races, the units and the special skills available for them.

- a description of classes with their special units, spells and research.

- information and hints on the leaders, their development and skills.

- hints concerning combat and sieges on the combat map. 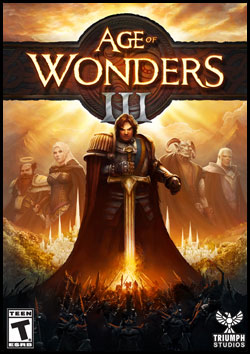 The critically acclaimed fantasy series makes its long prophesied return, taking its strategy/RPG formula to the next level, powered by a new proprietary 3D engine.
Age of Wonders 3 marks a modern reimagining of the series, where players join a clash of kings, queens and dark lords for the spoils of an ancient paradise. By introducing unique RPG-inspired classes and specializations, players are able to craft empires of their own design, developing unique strategies and play styles. The world-changing conflict plays out on sweeping landscapes, loaded with mythical locations waiting to be uncovered, conquered and exploited.
In Age of Wonders 3, we extrapolate RPG style classes to be the leaders of fantasy empires. For example: as a Goblin Theocrat you can build your own holy empire, recruit little goblin crusaders or cute winged goblin angels equipped with flaming weapons, and wage war on your heathen enemies. We want players to be able to choose between lots of different play styles, without being restricted by fantasy clichés, like All Goblins Are Evil.
The new engine truly reflects the choices players have made by affecting how their realm and units are represented. It makes the gameplay on both the strategic and battle maps more immersive than ever, while retaining the gameplay and feel of the previous games.
Key features include:
- Explore, expand and exploit a living fantasy world. Discover wondrous locations and gather legendary heroes.
- Develop your domain, with many classes having the ability to change terrain and climates to suit your needs.
- All new 3D graphics that provide a crisper and more detailed overview of the world and battle maps.
- New styles of play are possible with the introduction of RPG style leader classes like warlord, theocrat, rogue and sorcerer, along with a wide selection of specializations.
- Command a variety of races. Pick your starting race and shape your people’s destiny using your leader’s unique skills.
- A brand-new tactical battle system renders each battlefield and siege in great detail; new rules include flanking and a massive set of special unit abilities.
- An epic story campaign with two playable factions; Choose the mighty Commonwealth Empire or join the Court of the High Elves, founded after the reunion of the Dark Elves and Wood Elves.
- Compete online in extensive multiplayer modes and scenarios.
- High replay value through random maps, difficulty modes and tools allowing user created content.