In Age of Wonders: Plantefall, all available units are assigned to specific roles and types, which determine which special abilities they can access, their behavior in combat, and vulnerabilities. In addition, each of them is assigned to a Tier. In this section, you will learn all the roles and types of units available in the game, as well as what affects their level. 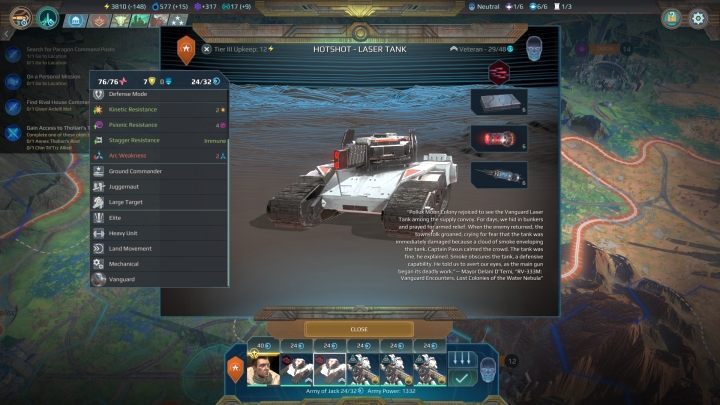 You can check a unit's type and role on its card.

Currently, every unit in the game can be assigned to one out of the five roles. They are:

In addition to roles, each of the units belongs to one of several types, such as:

The last characteristic that describes the units is their level Tier. A unit's tier can vary between I to IV. As a rule, the higher the tier, the stronger that unit will be. Moreover, high-tier units have a higher resistance to negative status, but their recruiting and maintenance costs are greater.

Note - remember that a unit's tier is predetermined. It can't be increased in any way.