Given that Age of Wonders: Planetfall is a complex game that requires the player to dedicate long hours to fully understand it, it may prove to be too difficult for some. There are probably people who will just want to experiment with the gameplay. These players can use the command console, through which they can activate several special features - this chapter contains all the information on this topic. 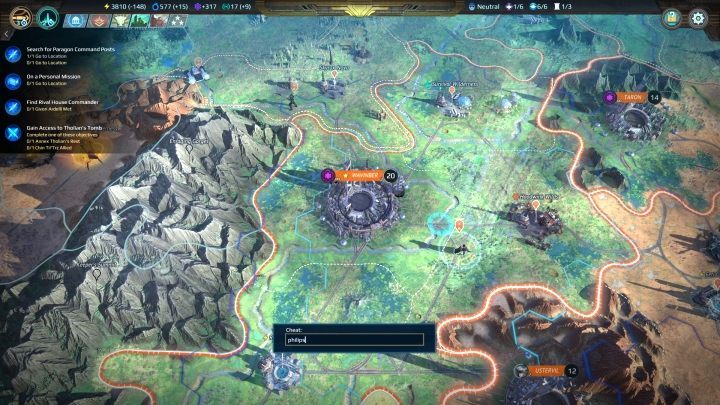 After pressing the keys, a small window will appear at the bottom of the screen where you can type commands.

To activate the console, just press CTRL + ALT + C at the same time. After that, you will see a small window where you can enter the desired command.

Note - for obvious reasons, the command console only works in the PC version of the game. In addition, it can only be activated on the map screen - you can't open it, for example, in the research window.

The following commands are currently available in Age of Wonders: Planetfall:

Note - if the developers add new console commands, this section will be updated with them.