Combat is an integral part of Age of Wonders: Planetfall - whether you are planning a diplomatic gameplay, sooner or later you will still face the enemy. For this reason, it is necessary to get acquainted with the mechanics of the army and its commanders, as well as heroes that differ from the typical units. We discuss it further in this chapter of our guide. 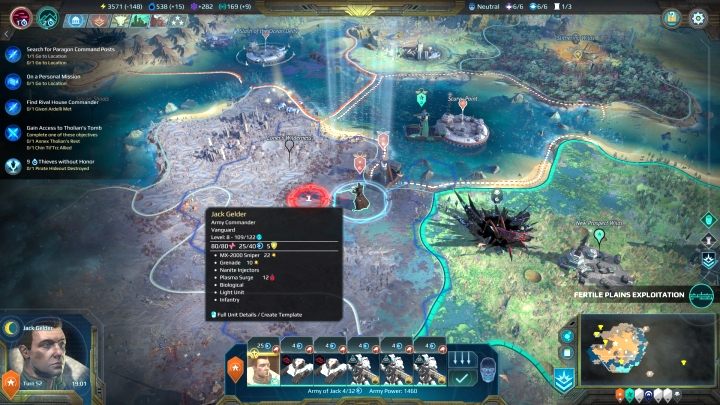 An army led by a hero.

Each army in the game can consist of up to 6 divisions of troops - one unit acting as a leader and five accompanying troops. Interestingly, an army commander can be any unit in the game - the simplest infantry, a flying unit or a tank. Units of other factions also may command their armies. However, such commanders do not differ from ordinary units - they have the same combat values, have no unique abilities and develop as a typical unit. This is completely different for heroes (and faction commanders) - these units can also command armies (they include this function by default when they join an army), but their development is different and on the battlefield they are able to use unique special abilities that are unavailable to regular units. What's more, there can be several heroes in a single army at the same time - although, for obvious reasons, only one of them will be an army's commander.

Army under the command of a unit or a hero? 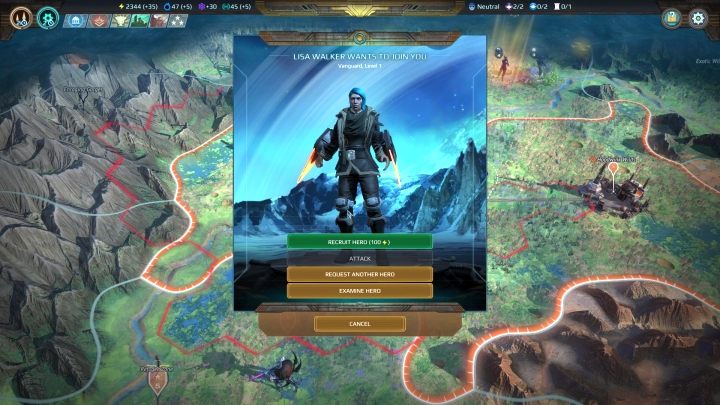 Every dozen or so turns a new hero will appear in your ranks - it is worth using him as an army commander.

When creating and refilling an army of units, it is always worth trying to make sure that a hero is present there as the commander instead of a regular commander unit. The reason for this is simple: the development of the hero and his abilities. Each hero can unlock many additional special abilities, which can be used on the battlefield. There is also no shortage of passive abilities, which increase the effectiveness of both the hero and his subordinate units. Thanks to this, an army controlled by a hero, not a regular soldier, will be much more effective in battle with each level gained. In addition, the hero can be developed a lot more than regular commander unit - heroes may change their weapons or even use vehicles - all depending on the current needs.

Finally, it is worth mentioning a few tips that will be useful when creating an army, namely: