In Age of Wonders: Planetfall, you'll have to fight dozens, if not hundreds, of battles on every mission. During each of them, if ended successful, your troops will gain experience and advance to higher levels, increasing their combat skills. In this chapter you will learn how experience mechanics work in the game. 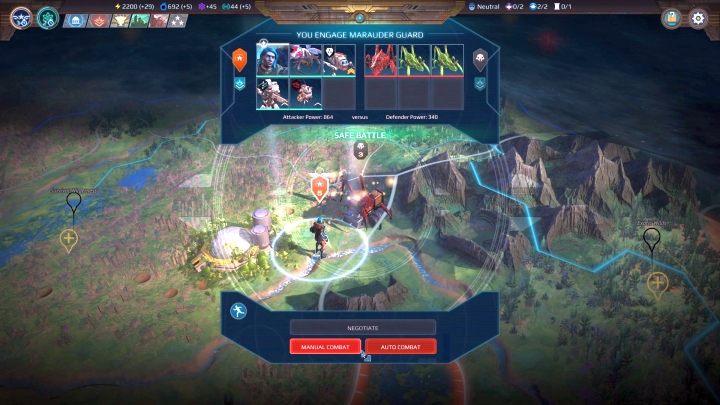 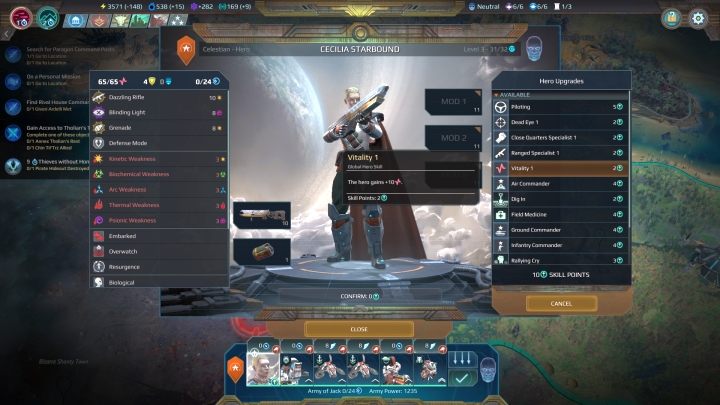 During the promotion of the hero, player has the possibility to unlock new abilities.

Each unit - whether a hero, a commander or a "regular" soldier - has its own pool of experience points, after which it will be promoted to a higher level. You can check this pool on the unit card by clicking on it in LMB. Promotion to higher levels works differently depending on the type of unit. For heroes and commanders, advancement to a higher level gives them several skill points, which can then be distributed to unlock a new ability - passive or active. In this way, these units can be used to create real killing machines or almost indestructible tanks. For other types of the units, promotion is associated with obtaining a higher tier, which in turn increases the combat parameters and health points of the unit. This means that even the theoretically weaker units, but the more experienced ones, can win the battle against a more technologically advanced army.

If you care about the development of units, remember the following tips: