The following page of the guide to Age of Empires 4 provides a walkthrough of The Battle of Kalka River mission in The Mongol Empire campaign. You will learn to properly use the Mongolian Horsemen's abilities. 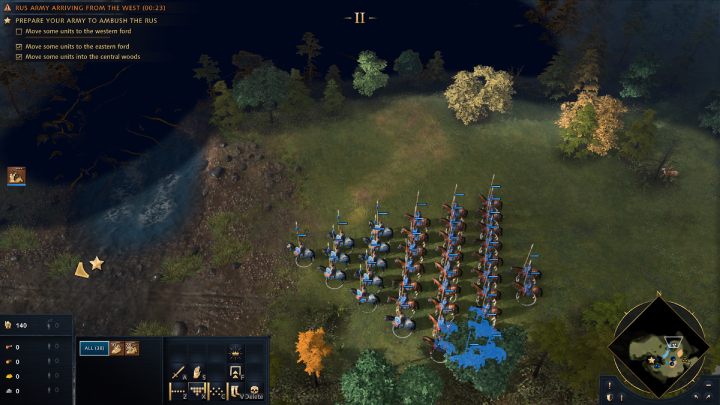 Once the mission begins, divide your army into 3 squads consisting of light and heavy cavalry, and send them to the designated points on the map. Place a squad of archers together with its leader in front of the river. 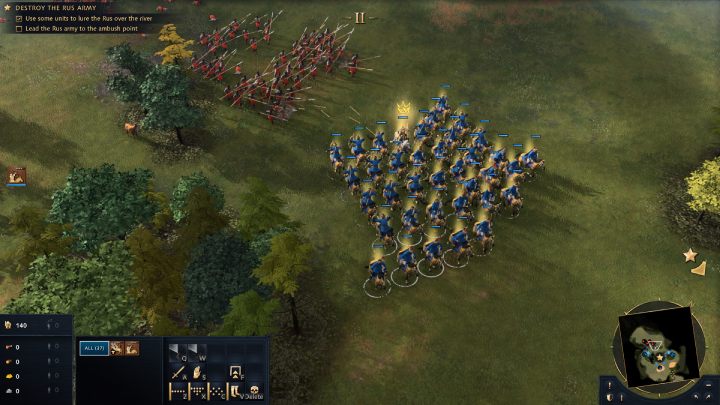 Then send archers to the approaching Rus army. Staying constantly on the move, try to eliminate as many enemy units as possible until you get back to the other side of the river. Keep in mind that Mongolian archers can shoot accurately while at full gallop, which provides an incredible advantage over the enemy infantry. 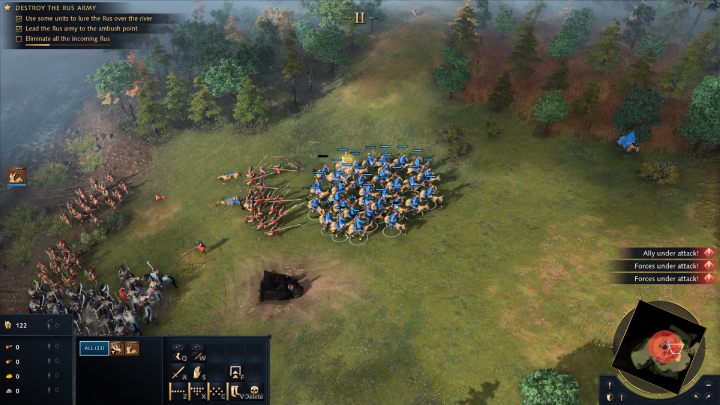 When you reach the destination, the enemy army will stop by the river. Keep firing at individual troops and try to separate them from the rest of the army. Then attack the enemy soldiers with the rest of your army. Your archers should keep moving at all times. 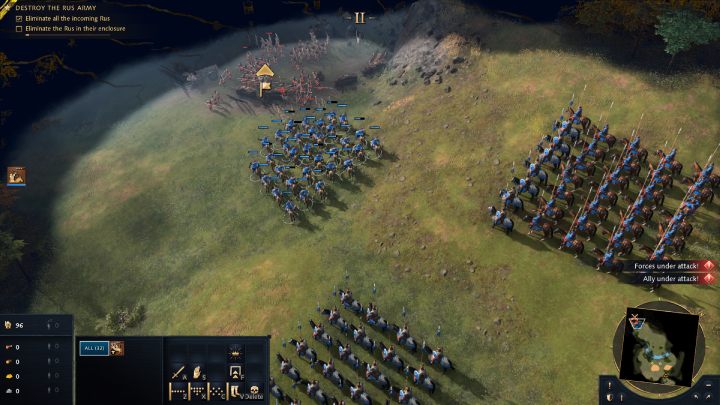 After eliminating all enemies head west to the enemy camp. Again, send a squad of archers first to lure the enemy troops out of their hideout. Get rid of the rest of the survivors to complete the mission.