The following page of the guide to Age of Empires 4 provides a walkthrough of The Battle of Formigny mission in The Hundered Years War campaign. You will learn how to find Kyriello's army and how to prepare for the conquest of Formigna. The guide also contains a helpful map with all gold chests marked.

The most important objects and places of The Battle of Formigny mission are marked on the map. 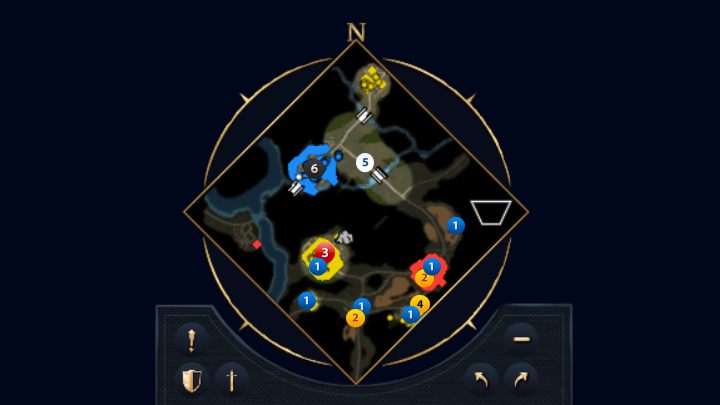 The mission begins with a battle in Carentan. Having only a handful of infantry and archers, try to defeat as many enemy units as possible. 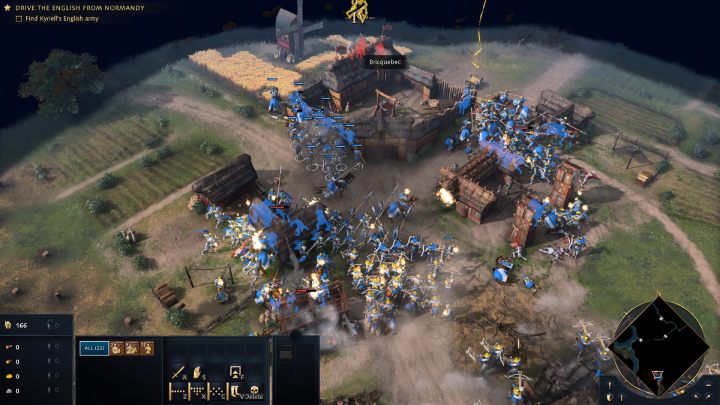 After unsuccessfully defending the city of Carentan, select your army and take the road north. When you reach Bricquebec, eliminate the enemy soldiers and burn down all the buildings.

Following the small path to the west, you will find several farms and a gold chest. 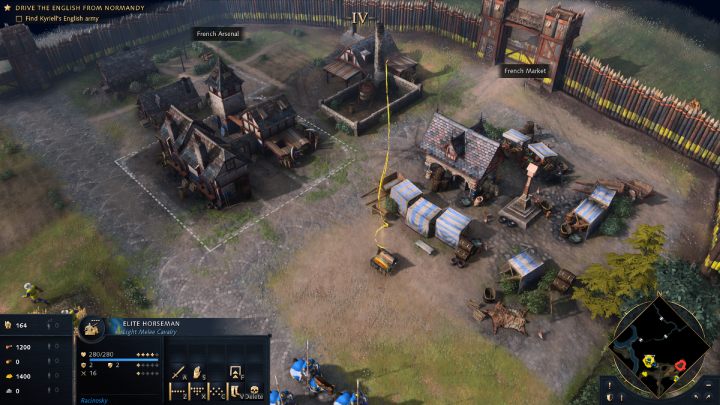 Return to Bricquebec and head northwest. Defend the town of Valognes from the English and pick up a chest of gold.

In Valognes you can use the Market, the Blacksmith and the Arsenal. Purchase upgrades for your army and return to the main road. 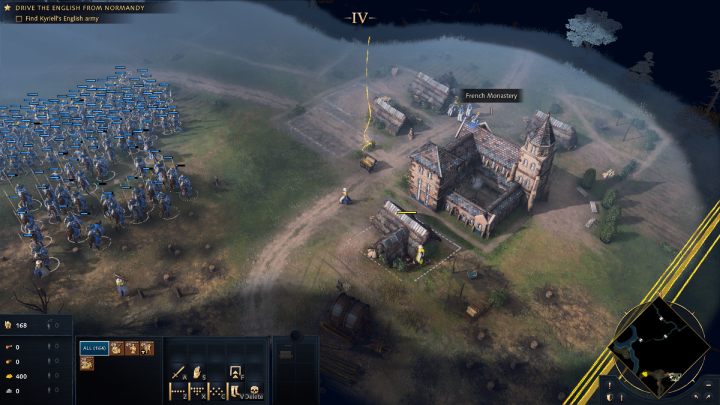 Head south and turn east. At the end of the map you will find a small village with a Monastery and some Monks. Wait for the Monks to heal your army and don't forget to pick up the gold chest. 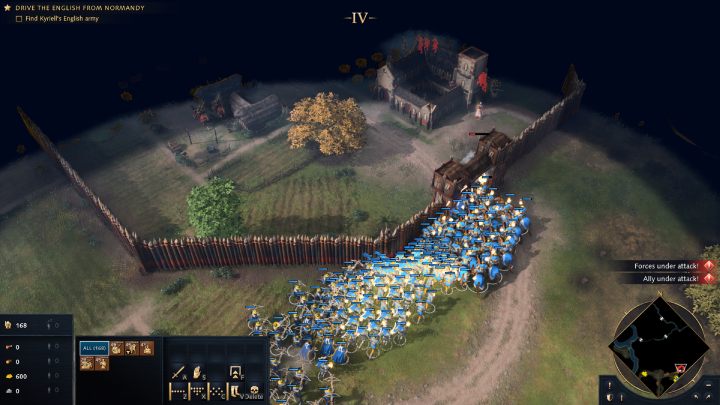 There is an enemy camp north of the village with the Monastery. Defeat all enemies in Saint-Sauveur and pick up another gold chest.

Then head north by taking the path on the right. You'll find another gold chest there, this time guarded by a pack of wolves.

Buy more upgrades for your army and head out towards the bridge.

Kyriello's army will be waiting for you across the bridge. Archer troops will be fenced by a palisade. Once you defeat a small group of soldiers and destroy 2 watchtowers, 6 cannons will join your army. 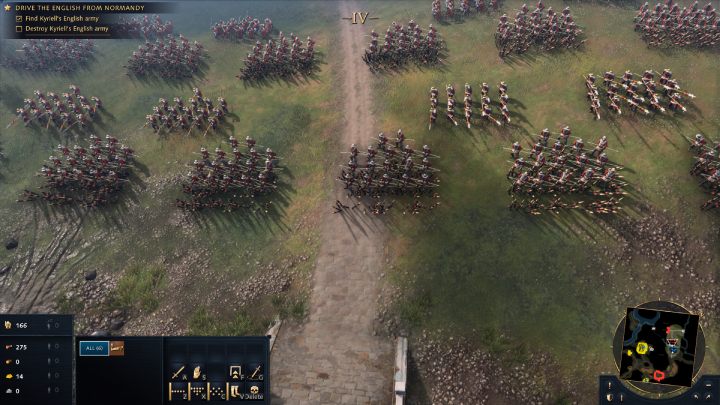 Position your army in front of the bridge and use cannons to destroy the enemy's palisades. After a while, the enemy troops should move towards you. Use the infantry to attack enemy spear-men, and send the cavalry for long-distance unites. Once enough enemy soldiers have been defeated, Kyriello's army will retreat and move near the city walls. 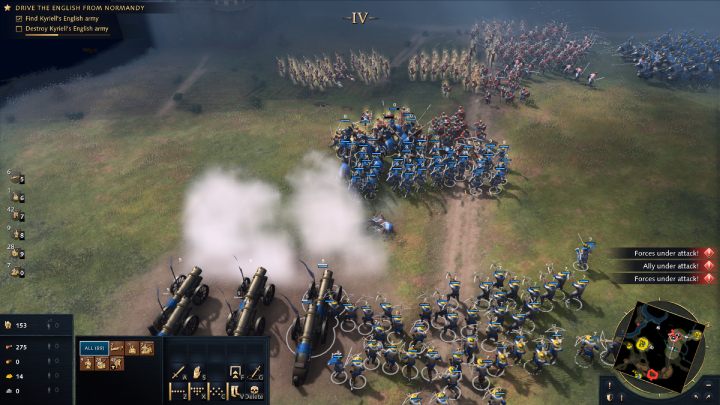 Allied squad from the north will join your army. Wait for the Monks to heal your units and then head out for the final battle.

Attack Kyriello's army from two sides, using your advantage over the enemy. Your cannons should tear down the city gate and walls. 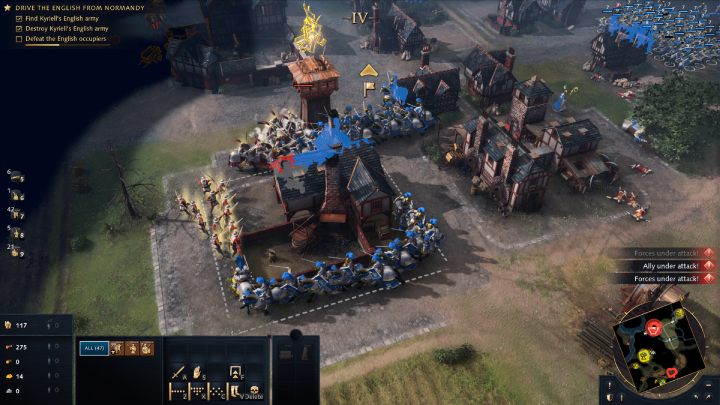