The following page of the guide to Age of Empires 4 provides a walkthrough of the Retake Normandy mission in The Hundred Years War campaign. You will learn how to build cannons and how to tear down 3 Monuments in Rouen.

The map below shows the most important places and objects in the Retake Normandy mission. 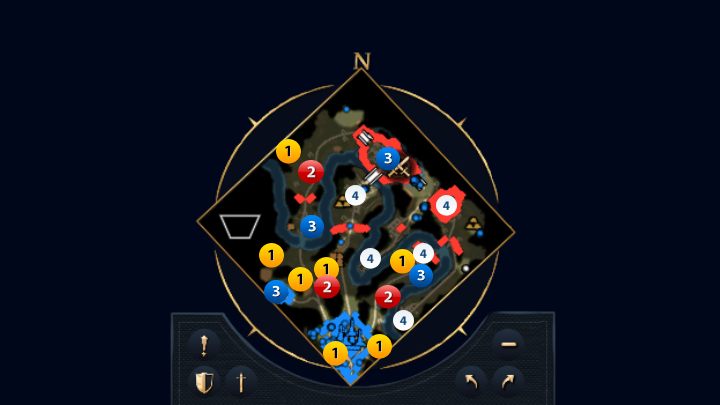 Taking back the University

The first mission objective is to take control over a nearby city. Defeat all enemy units and take over the settlement. Then, build a Monastery and a Landmark, which will advance your city to the 4th era. After making the Monk, take over the Sacred Site located in the city. 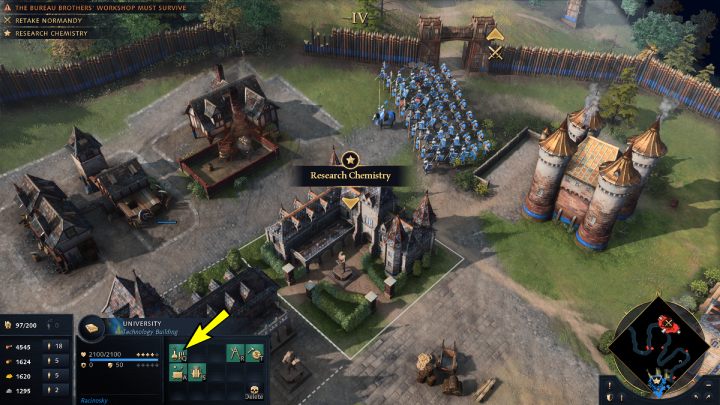 Divide the army into 3 small groups and place the troops at the 3 gates. As soon as you take over the settlement, enemy units will start attacking you.

Buy the Research Chemistry technology at the Univeristy. This technology will give you access to gunpowder.

Make new soldiers and some Monks, and head north.

The next mission objective is to upgrade the cannons produced at the Bureau Brothers' Workshop. To do this, you must seize a mine, destroy an enemy river harbor, and establish a trade route. 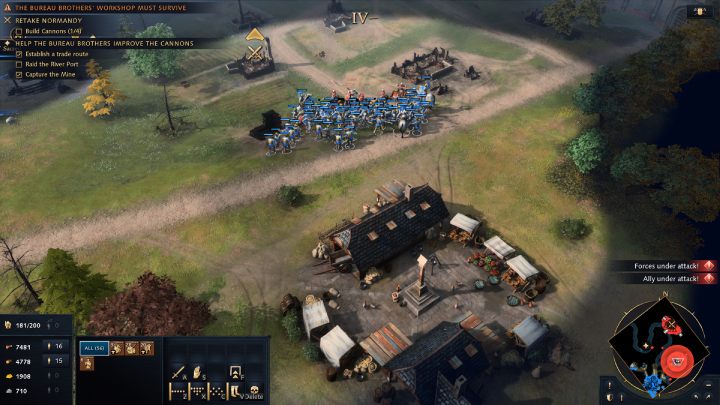 Gather your troops and head northeast. You can find a fee gold chests and a Relic along the way. When you reach the end of the road, destroy the enemy village and seize the Sacred Site.

There is a Market by the ruined village. Make 3 Traders and establish a new trade route - this will speed up your artillery production by 50%.

Leave the army to protect the Market and the Sacred Site and create a new squad. 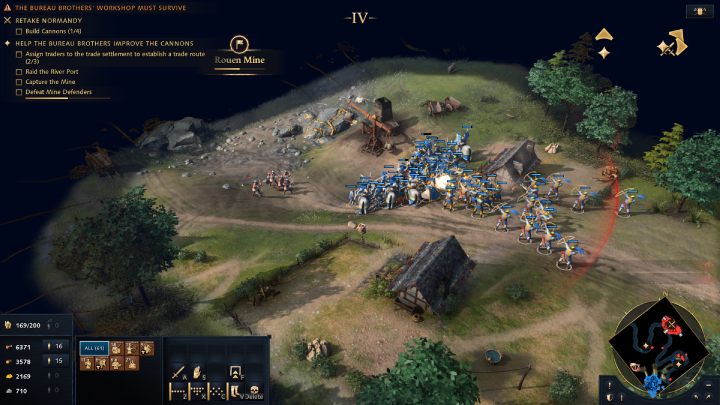 Then head northwest and seize the mines controlled by the English. You can now send some locals to work in the mine. When you take control over the mine, the cost of artillery will be reduced by 60%. 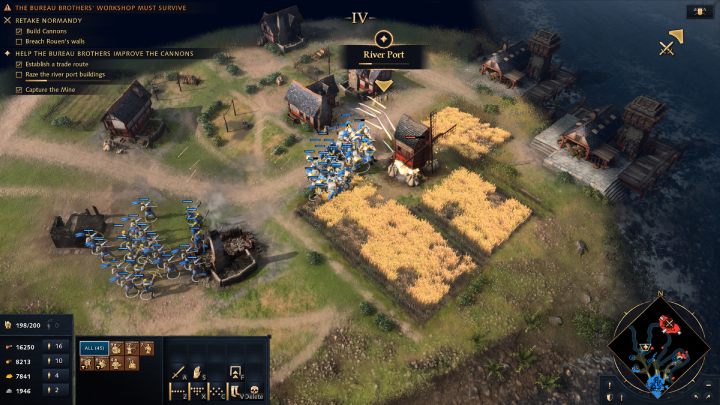 Finally, destroy all the buildings in the river harbor, located a short distance from the mine. This will give the artillery 50% more health points.

Now you can produce 4 cannons in the Bureau Brothers' Workshop.

The last mission objective will be to break through the walls of Rouen and destroy 3 Landmarks. 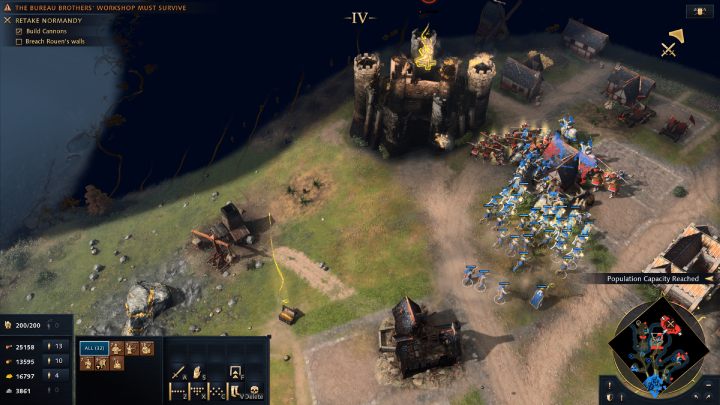 Divide the army into 3 large squads and set out for Rouen, using the 3 main paths. Each squad should have several cannons and other siege machines.

Burn all enemy camps and settlements along the way, so they don't attack your city while you're besieging Rouen. 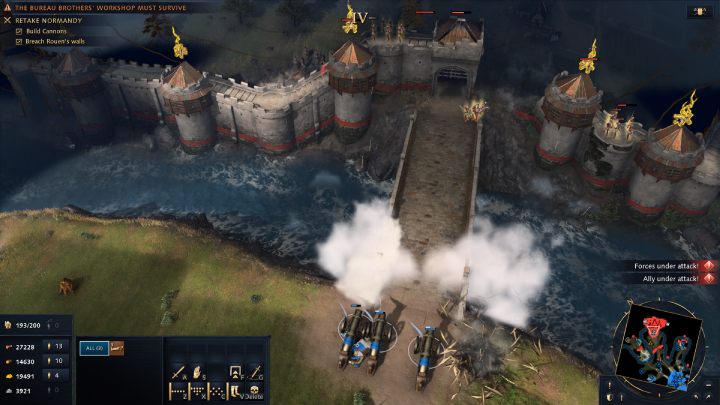 When you reach Rouen, use the cannons immediately. They can bring down walls and shooting towers within seconds.

Once you're inside the city, send archers to the walls - this will give you an advantage over the enemy. Keep making new units, and set up Rally Points near the battlefield. 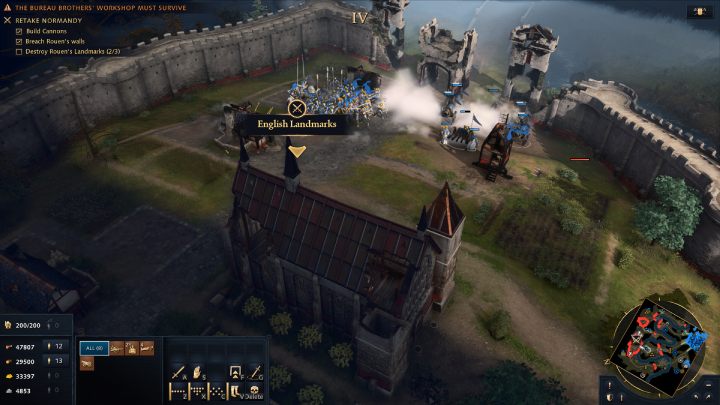 Use artillery to quickly tear down enemy military buildings and keep eliminating enemy units. Finally, destroy the 3 Landmarks marked on the minimap.