The following page of the guide to Age of Empires 4 features a walkthrough of The Siege of Orleans mission in The Hundred Years War campaign.

The mission objective is to defend the city against an invading enemy army and to destroy the fortress in Les Tourelles under the command of Joan of Arc. To stop the invading English troops, you must defeat all enemies gathered at the walls of Orleans and burn 4 English forts.

The most important places and objects of The Siege of Orleans mission are marked on the map. 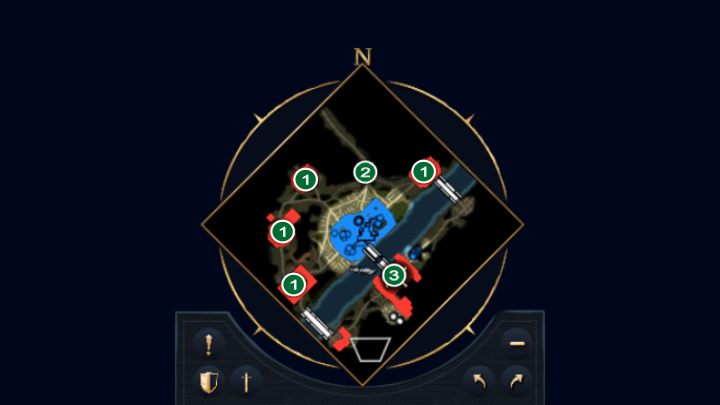 Defending the city and convoys

Once the mission starts, make new troops immediately and send them to the walls at all city gates. 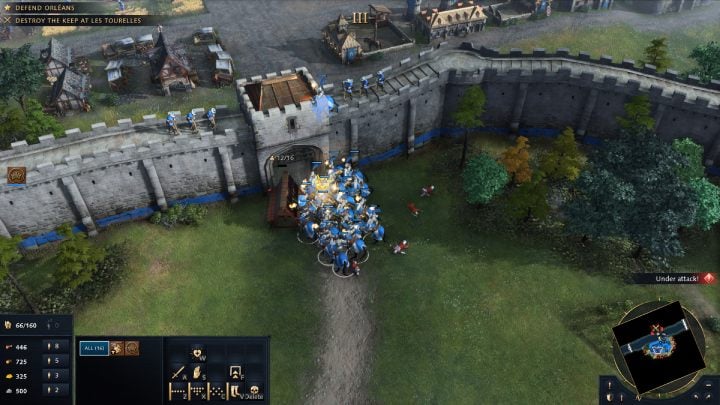 The English will start attacking every gate. Send Joan of Arc with her cavalry squad and help the soldiers on the wall. Try to quickly destroy the enemy siege machines and rebuild the breached fortifications, if possible.

Gather as many troops as possible along with some Monks and head outside the city walls. 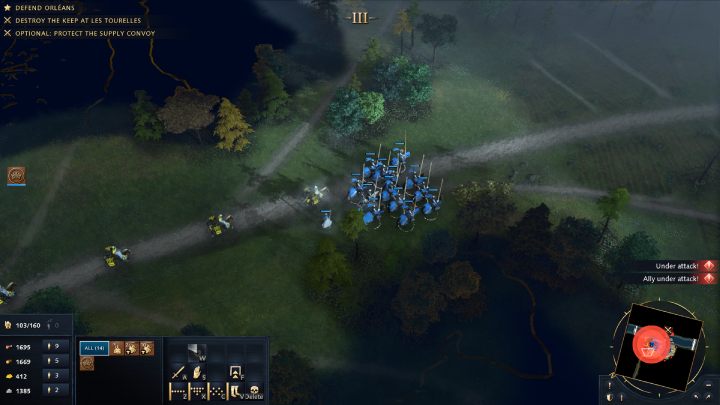 After some time, you will receive information about an approaching convoy with supplies. The merchants' trail will be marked on the minimap. Defeat the squad of horsemen near Orleans to pave the way for the convoy.

The supply convoy will return to town every now and then. Leave a small squad to defend the merchants on the trail to make sure all deliveries arrive safely.

Leave groups of soldiers at each city gate, rally the troops and set out for the English forts. 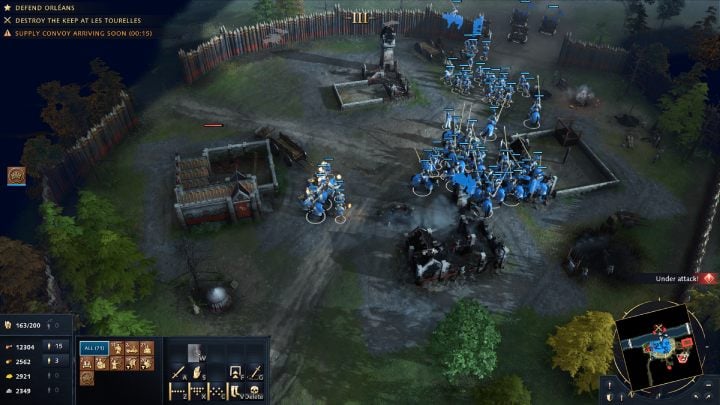 Get rid of all the small enemy groups gathered around the city first. Build some siege machines and march on the enemy forts.

Each fort is defended by small squads of soldiers. Tear down all military buildings in the 4 English forts to pave the way to Les Tourelles.

Destroying the fortress in Les Tourelles

More English forts are behind the two bridges to the fortress in Les Tourelles. Burn down all buildings and eliminate enemy units to reach the city walls. 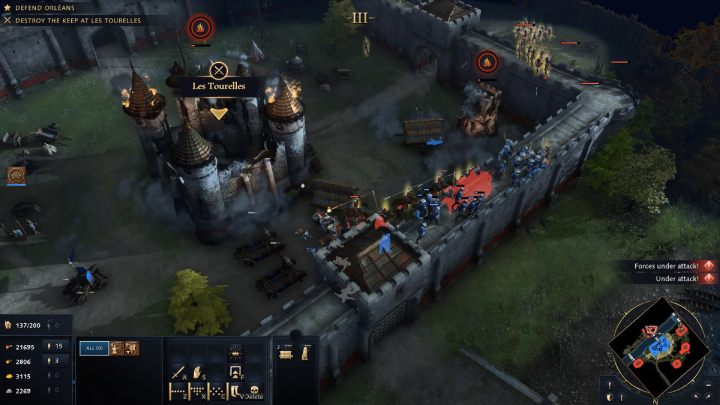 Burn the wooden fortification first, then send siege machines to the stone gate. Once the gate is down, send your archers and crossbowmen to the walls and start firing at the enemy units from there.

Finally, send battering rams to the fortress at Les Tourelles.