This page of the Age of Empires 4 guide has a walkthrough of The Siege of Paris mission from The Hundred Years War campaign. With our tips, you will survive all the invasions of the English army. 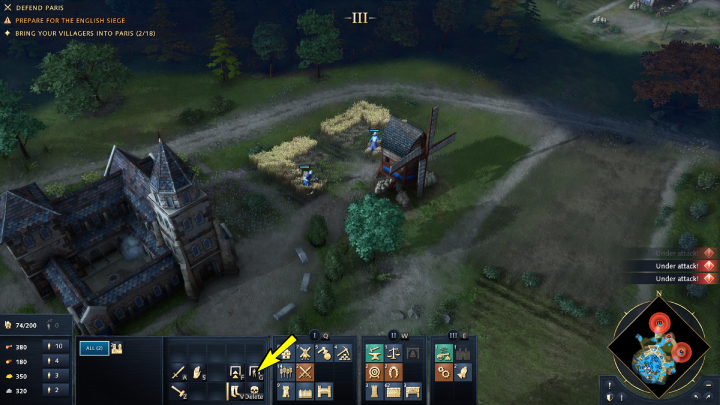 Once the mission begins, immediately start hiring new military units. Set up Rally Points on the wall at the 3 gates to Paris.

Then you must collect all the workers from the nearby fields. Start with the residents who are farthest from the city walls. Select them and click on Seek Shelter.

When the citizens arrive in Paris, hire them to cut down trees, build new farms, and work in the gold mine that can be found in the southern part of the city. 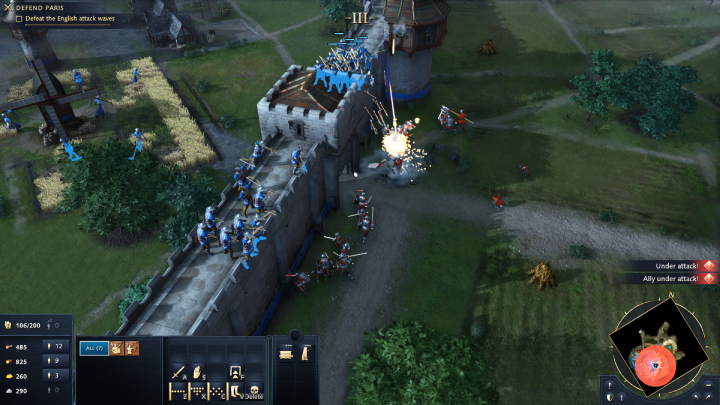 Position your entire army on the city walls and prepare for 1 wave. In the meantime, buy upgrades for your units and keep producing new soldiers.

First, try to destroy the enemy's battering rams. Your archers and crossbowmen should attack enemy units standing near the wall.

After the short battle, a few survivors from the enemy army will move away from the wall and start building new siege equipment. The crossbowmen standing on the wall should easily reach them with their bolts.

When the city gate gets damaged, immediately order a few citizens to repair it. 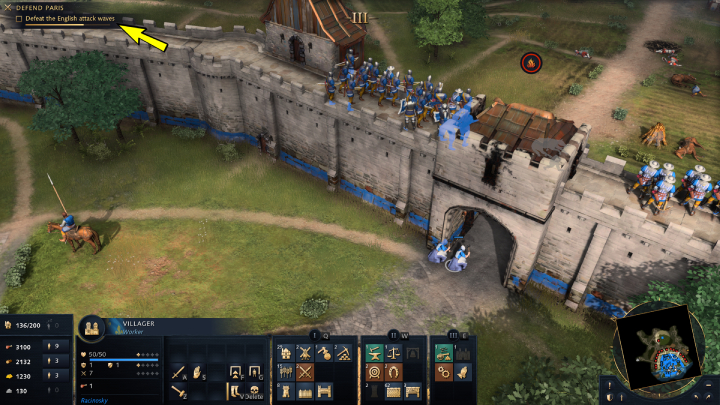 At this point, the enemy army should have already attacked the next city gate. This time, they will use a siege tower. If you have placed a few infantry soldiers on the wall, they should quickly deal with enemy units.

There is a bar in the upper left corner of the screen, showing how much of the English army you have defeated. You must defend Paris until the bar is completely full.

The next gate will be attacked by a few battering rams. Always try to destroy enemy siege equipment and rebuild breached city walls as quickly as possible. If the gate is completely demolished, quickly build new walls and a gate after dealing with the English army. 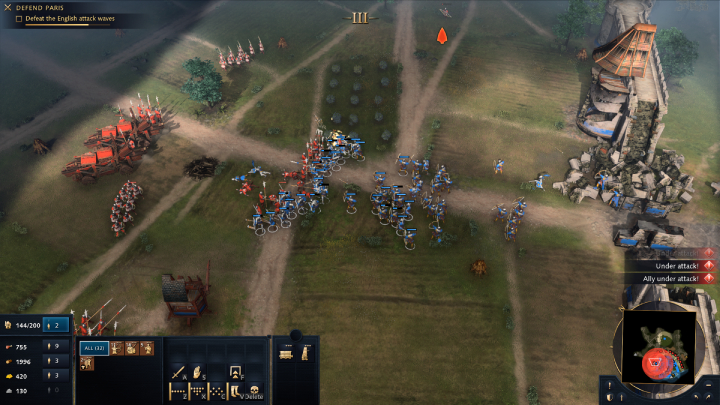 Continue producing new units and immediately send them to the walls near the 3 city gates.

The enemies will gain in strength. They will appear with new siege machines. You should destroy trebuchets first. Don't worry about the destroyed city walls. By the end of the siege, this will be inevitable. Stay near the walls and try to eliminate the English army that has managed to break through into the city.