On this page of the Age of Empires 4 guide, you will find a walkthrough for The Siege of Dover mission in The Normans campaign. We give you tips on how to destroy enemy siege weapons and how to gain allies along with Willikin. With our help, you will be able to repel 4 invasions of the French army on the Dover Castle.

1st wave of the French army 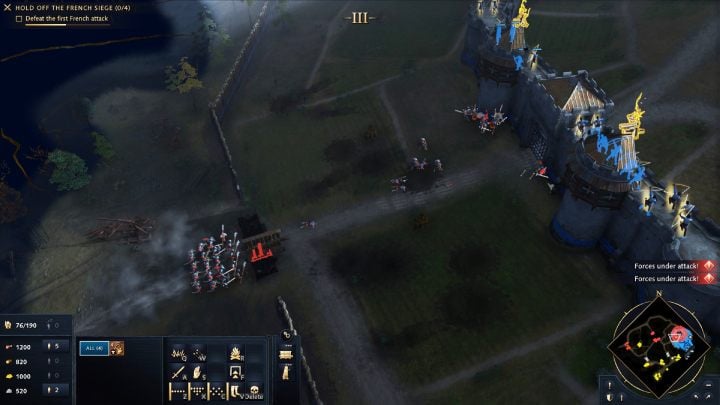 Once the mission begins, eliminate all enemy units. The enemy will attack from two sides with a handful of infantry and crossbowmen. Your archers, located on the walls, should easily defeat enemy units.

In the meantime, start producing new soldiers. Send the archers and crossbowmen to the walls. Order the rest of the units to go outside the gates to eliminate the survivors. Do not go over the wooden fortification. Hide behind the city walls and wait for the next wave of the French army. A timer will appear in the upper left corner of the screen, counting down the minutes until the next raid. 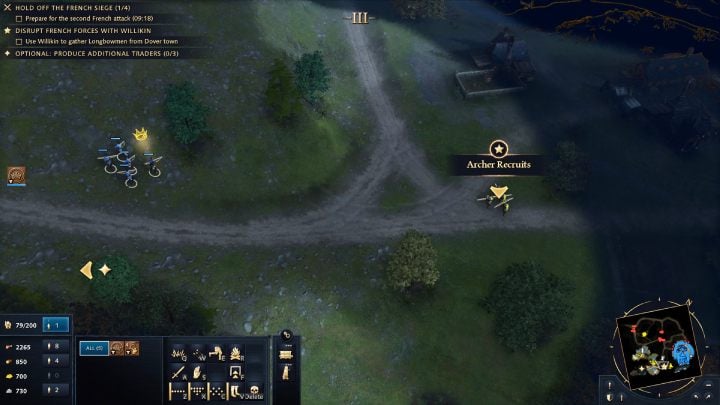 Mark a man named Willikin along with his comrades who came from the south and go to the town of Dover. Once the warriors from there join you, head to the 2 nearby villages to gain even more allies. 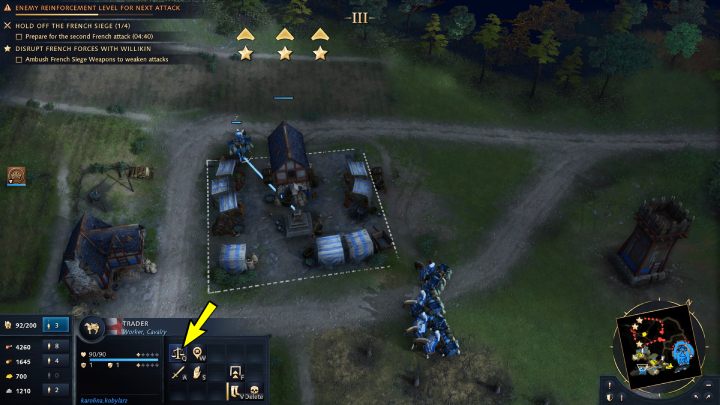 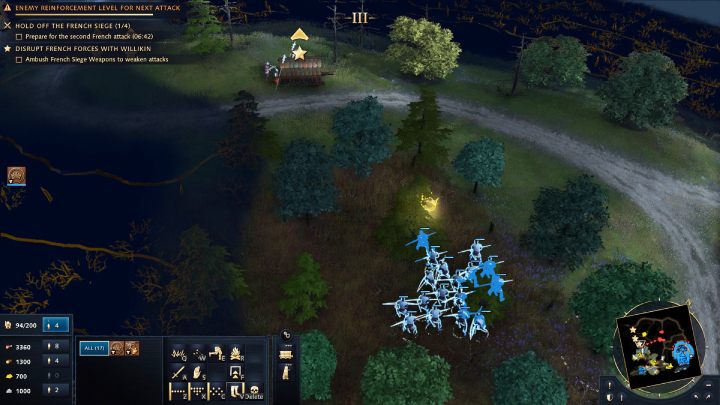 Hide Willikin and his comrades between the trees by the road leading to the French army. As the convoy passes, attack enemy units and destroy the battering ram. Wait for the next 3 groups of warriors with siege machines and eliminate them.

The next siege machine will move along another road - it is marked on the mini-map. 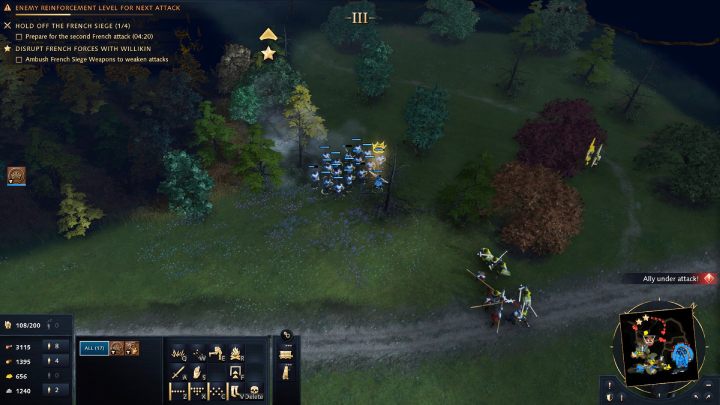 Head east together with Willikin, collecting new allies along the way. 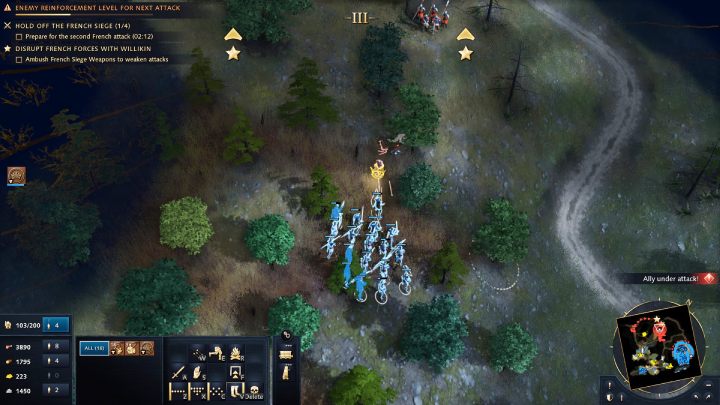 Then hide behind the trees at the very top of the map and wait for 2 battering rams. Get rid of all the enemies and destroy the siege machines.

2nd wave of the French army 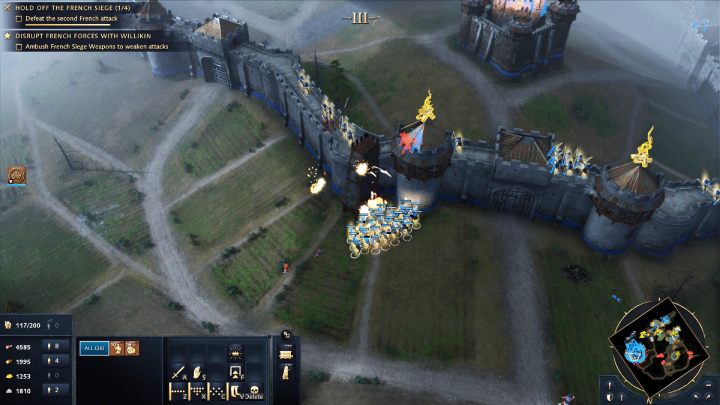 Get ready for the 2nd wave of the French army. Set up more archers and crossbowmen on the walls and at the gate.

This time, the enemy will arrive with more battering rams and siege towers. Use infantry to destroy the machines. Order archers and crossbowmen to get rid of enemy units.

Destroy the machines and the 3rd wave of the French army 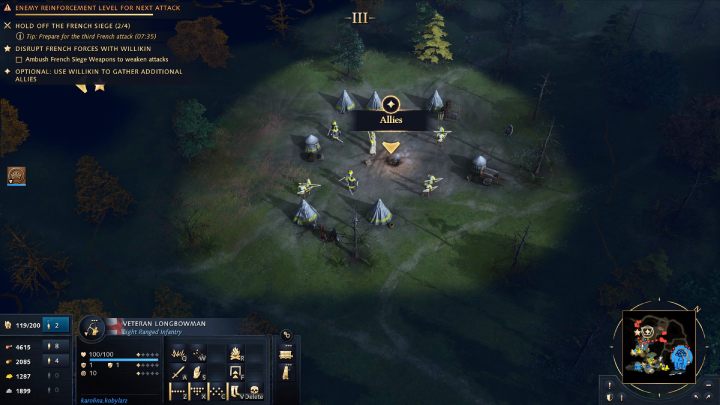 After pushing back the 2nd wave of enemies, mark Willikin and gather more allies from the nearby camp. Position your army between the trees and destroy 3 siege machines.

The next 2 convoys will travel the road at the top of the map. Hide among the trees and defeat enemy reinforcements. 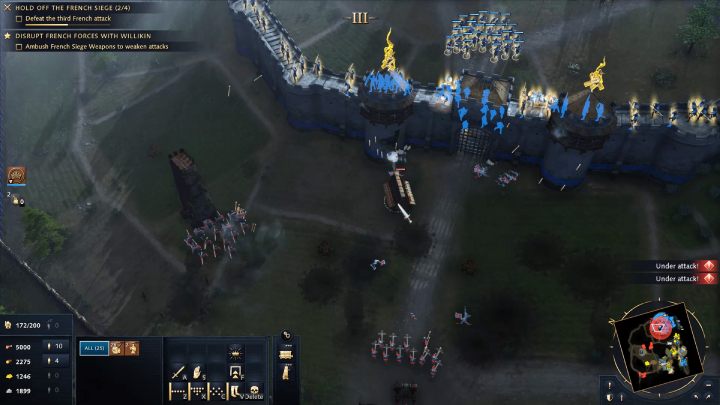 The next enemy wave will again consist of several battering rams, siege towers, infantry, and archers divided into 2 groups. Place more ranged units on the walls and stop the 3rd invasion of the French army.

4th wave of the French army 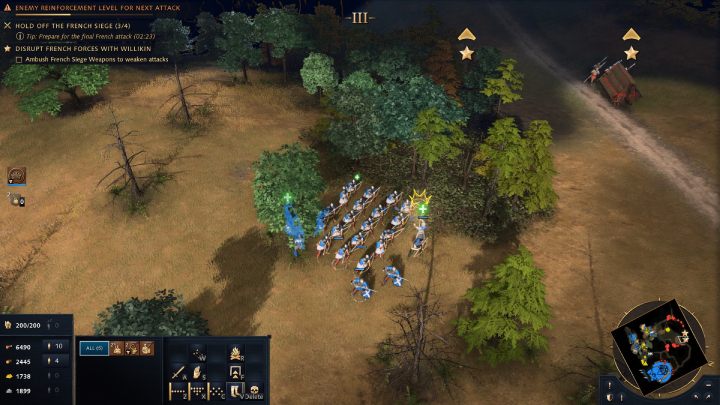 Destroy all siege machines heading for the French army one last time and prepare for the final attack. 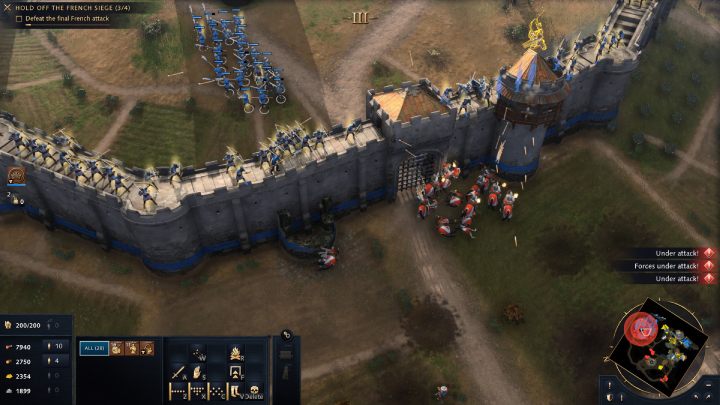 Besides the units from previous waves, the last one will also have horsemen. Send a squad of spearmen at them. Your archers and crossbowmen will deal with the rest. Use infantry to attack siege machines and cavalry to pursue any survivors.