This Age of Empires 4 guide page provides a walkthrough for The Siege of Wallingford mission in The Normans campaign. You will learn how to protect your city from the invading enemy army and how to destroy enemy camps. 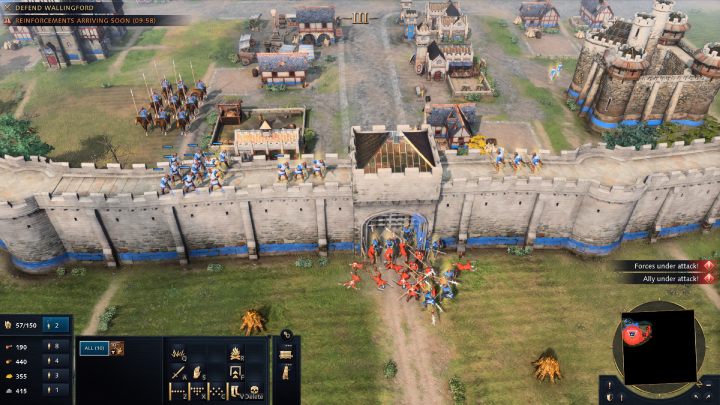 When the mission begins, defeat the group of enemies attacking the city gate. Then line up all the archers along the fortification.

Start recruiting new troops in military buildings and hire workers to work in the mines outside of town. Once you have collected the necessary raw materials, buy upgrades for your units. 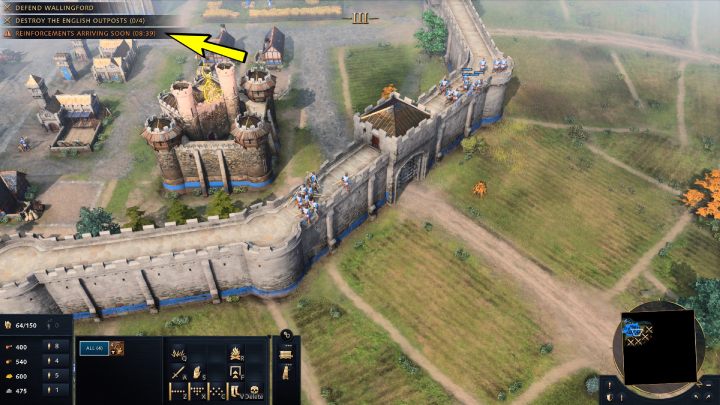 To complete the mission, you must destroy 4 enemy camps and keep eliminating waves of enemy troops until reinforcements arrive. A timer will appear in the upper left corner of the screen.

The enemy raids will be quite frequent, so we recommend waiting for the arrival of an additional army and focusing on the defense of Wallingford. 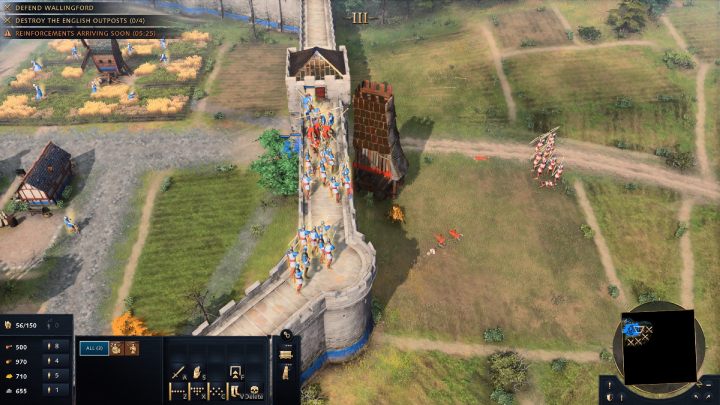 Position the archers at the east gate and wait for the attack.

Infantry units can also defend the fortress from the city walls. Order archers to fire on enemy units, the rest of the army can attack battering rams and siege towers.

If the city gate or walls are breached, click on one of the workers and order them to rebuild the fortifications. 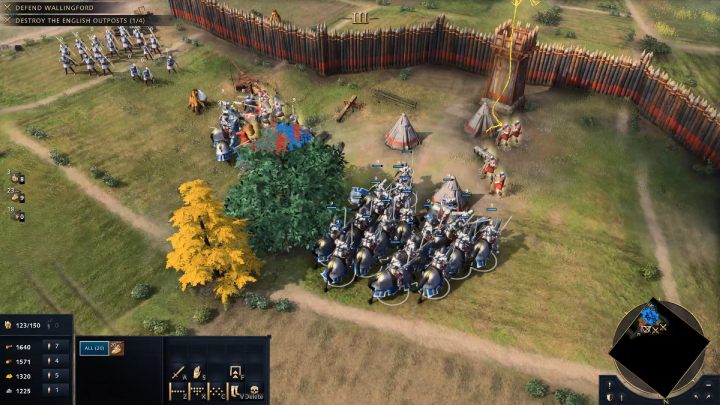 When reinforcements arrive, head outside the city walls and destroy the western enemy camp. Defeat all enemy units, burn the tents and the tower.

Don't forget to leave some troops to defend Wallingford. Waves of enemies will still attack from the other camps from time to time.

Deal with the enemy camps as quickly as possible and help defend the city. Try to rebuild destroyed fortifications and produce new military units whenever you can. 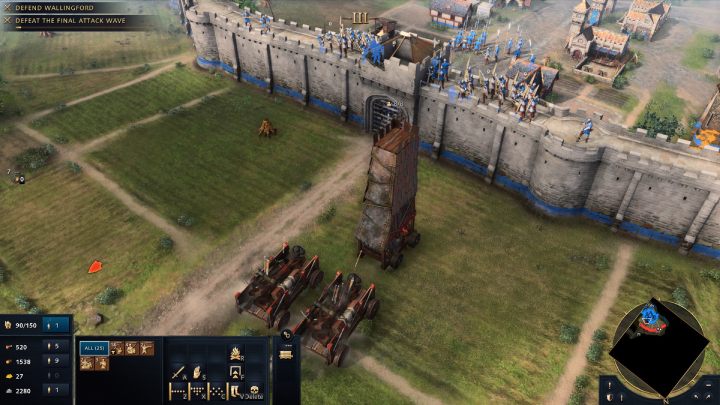 Lastly, defeat the last wave of the enemy army.