The following page of the Age of Empires 4 guide provides a walkthrough of The Battle of Lincoln mission in The Normans campaign. We explain how to do the ambush attack and how to defend the fortress from the enemy army. 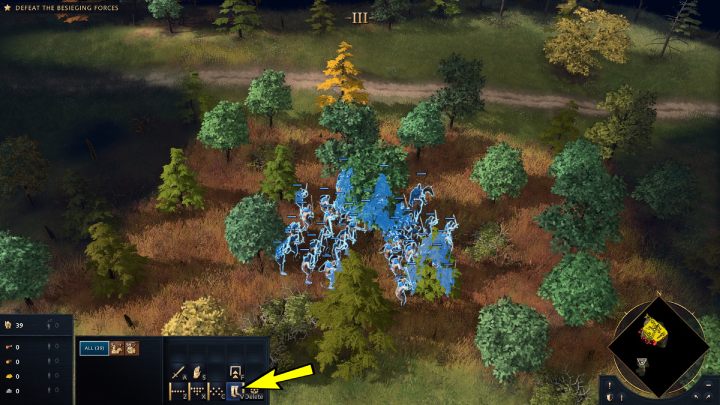 Select all your units and hide them between the trees. When they reach the designated spot, press V on the keyboard to give them the Stand Ground command. 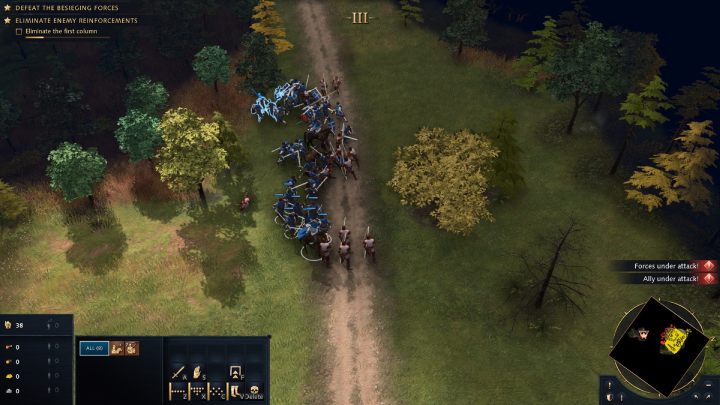 Wait for the enemy army and attack them from hiding.

After defeating all enemy warriors, hide in the bushes again and wait for the 2nd wave. 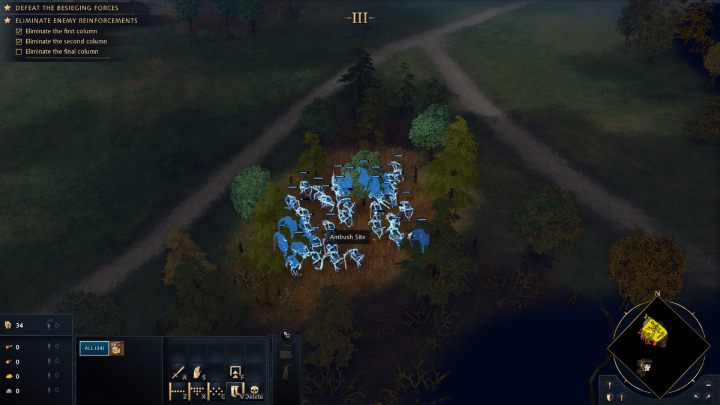 Then walk to the designated spot on the map and hide between the trees. Wait for the 3rd wave of enemy units to pass. 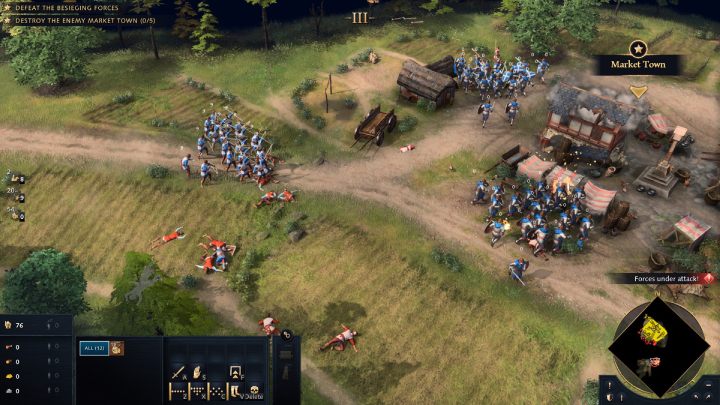 When reinforcements arrive, destroy the nearby enemy city - it is defended by a handful of spearmen and archers. Wait for more reinforcements and head to the designated spot on the map to join forces with the Welsh army. 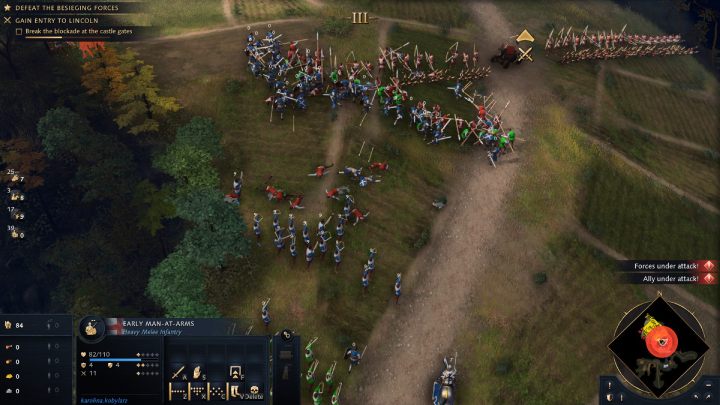 Together with your ally, head to Lincoln Fortress and break through the blockade to the castle gates. Order infantry and archers to attack enemy spearmen. When the barricade is destroyed, order the cavalry to join the fight.

After defeating all opponents, enter the city. 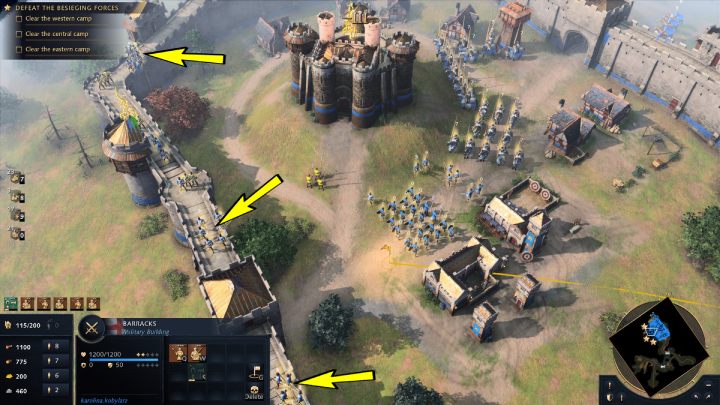 Don't forget to leave groups of warriors on the city walls. Every now and then, the enemy will arrive with siege machines to capture the fortress.

To complete the mission, you must destroy 3 enemy camps. Gather your troops and exit through the main city gate. 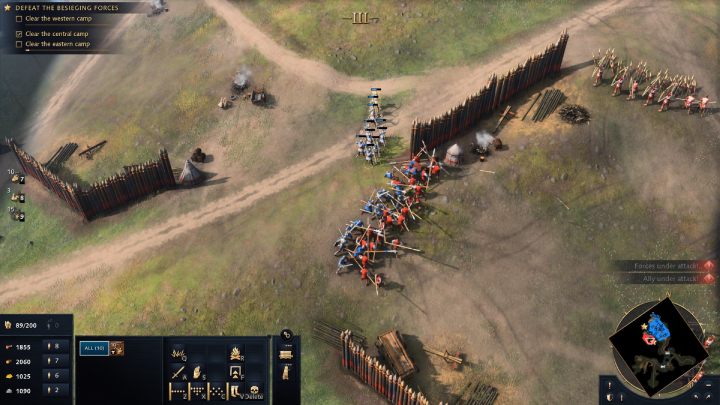 Each of the 3 camps consists of groups of spearmen and archers. Use infantry to attack the enemy spearmen and cavalry to defeat the archers. Destroy all tents in enemy camps. 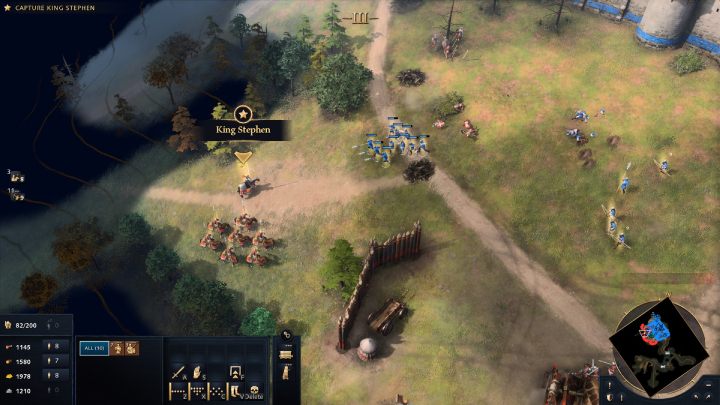 Finally, defeat the last enemy army and capture the king.