The following Age of Empires 4 guide page provides an analysis of The Battle o Bremule mission in The Normans campaign. With our guide, you will learn how to defend the city and take back villages. Finally, we suggest how to defeat king Louis VI's army. 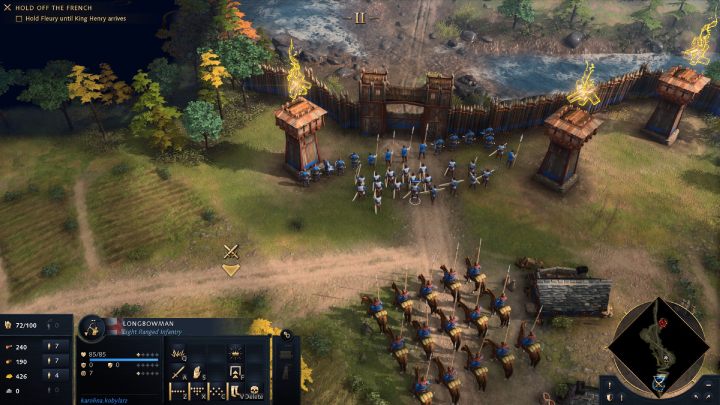 Once the mission begins, make sure all the villagers and soldiers are in fort in Fleury. Assign villagers to collect resources and hire new military units.

Position the army at the gate and repel the enemy's raid. 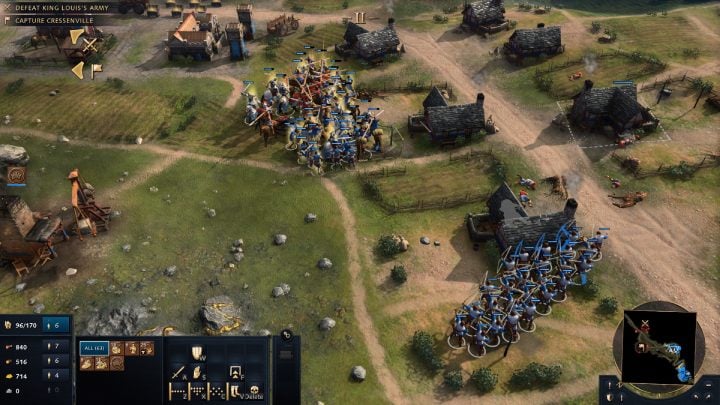 After defending Fleury, you will have to recover 2 lost villages, marked on the map. Gather your troops and take the main road to the objective, eliminating enemy soldiers and their camps along the way.

When you take over Grainville, pick up chests of gold and hire villagers to collect resources there. 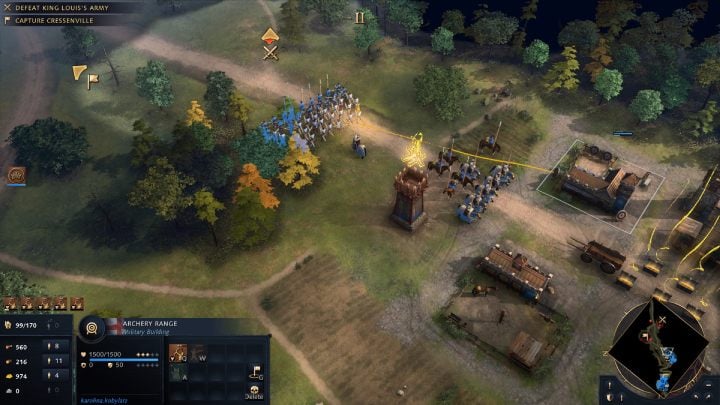 In Granville, upgrade your army in Blacksmith and hire new soldiers to prepare for the next attack. The royal army will consist mainly of spearmen and a few archers. 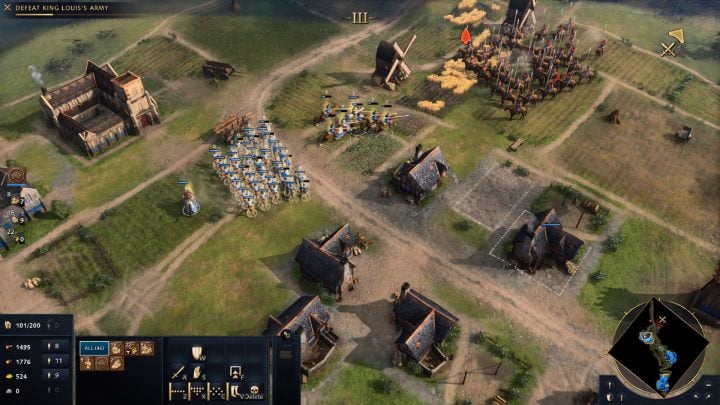 Next, take back the second village,Cressenville. In the meantime, build a Landmark building to advance to the next age and upgrade military.

There is a market in Fleury, where you can buy and sell resources for gold.

After taking over the village, you will be attacked by another wave of the enemy, consisting mainly of cavalry. Use infantry and archers to push back the enemy. 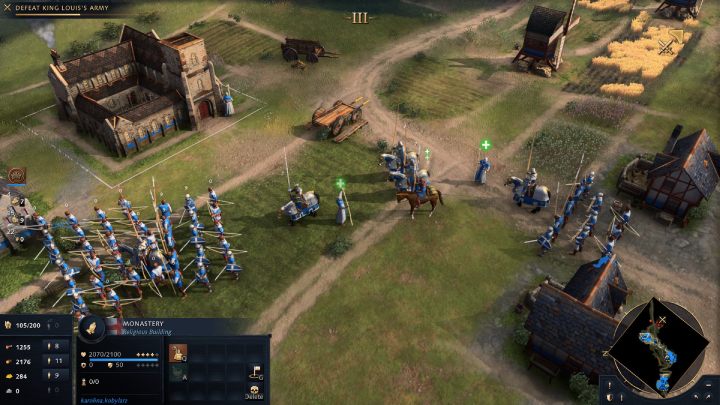 In Cressenville, there is a Monastery where you can hire Monks. Monks heal your troops during battle. These units are unable to defend themselves, so remember to keep them away from enemies. 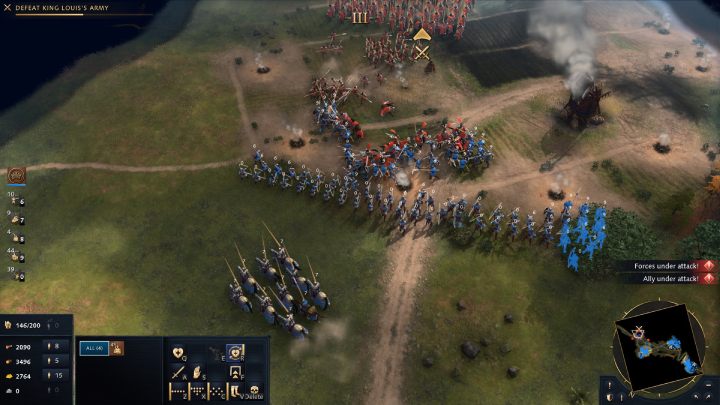 The final mission objective will be to defeat the king's army. Prepare your army and join the battle.

Place the infantry in the first line and attack the enemy. Order your archers to fire, while your cavalry should take on the archers. Then with spearmen attack the cavalry and king Louis VI.