The following page of the Age of Empires 4 game provides a walkthrough of The Battle of Tinchebray mission in The Normans campaign. We suggest how to defeat Prince Robert's army. 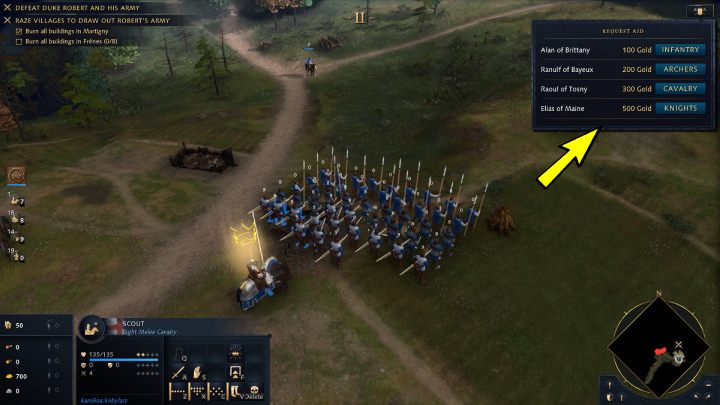 At the beginning of the mission, you have to destroy two nearby villages. Once you defeat all the defenders and destroy the buildings in Martigny, look around the area and collect all the gold chests.

A Request Aid icon will appear in the upper right-hand corner of the screen, allowing you to purchase reinforcments. Call for additional military units and prepare for enemy attack. 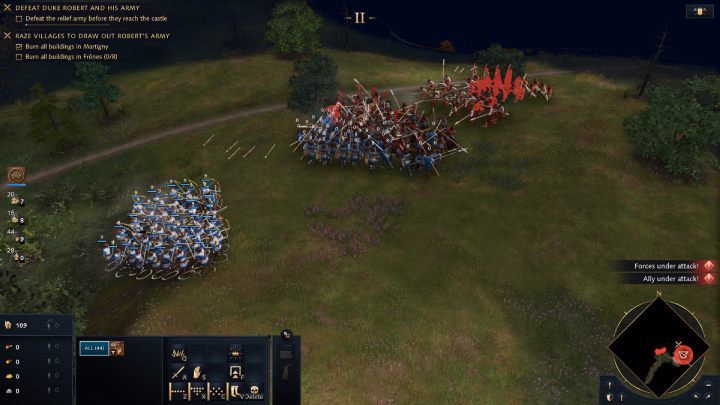 The new mission objective will be to defeat the incoming troops heading to the castle. The enemy army consists mainly of cavalry, spearmen and archers.

After killing all enemy units, burn the next town. Collect the gold chests and call for more reinforcements. 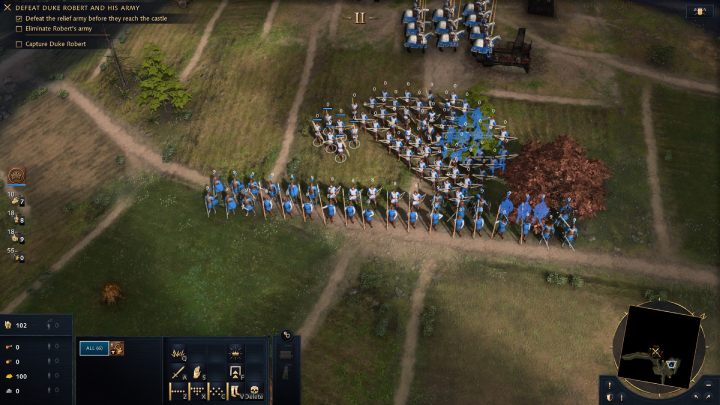 Assign units groups to keyboard shortcuts and prepare for Prince Robert's raid. The spearmen and the rest of the infantry should form the first line, and the archers should be in the second line. Leave the cavalry in the back for now. 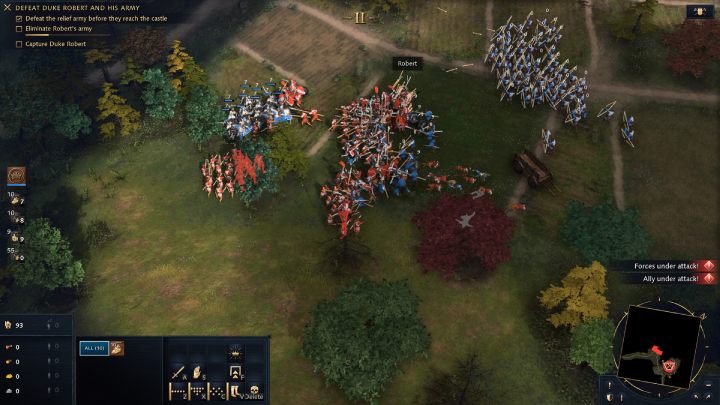 Use the infantry to attack enemy spearmen, use cavalry to attack archers. After eliminating the enemy army, attack Prince Robert.