The following Age of Empires 4 guide page describes The Fall of Bayeux mission in The Normans campaign. During the Fall of Bayeux, you will learn the system of siege engines, with which you will destroy the stone walls of the city. 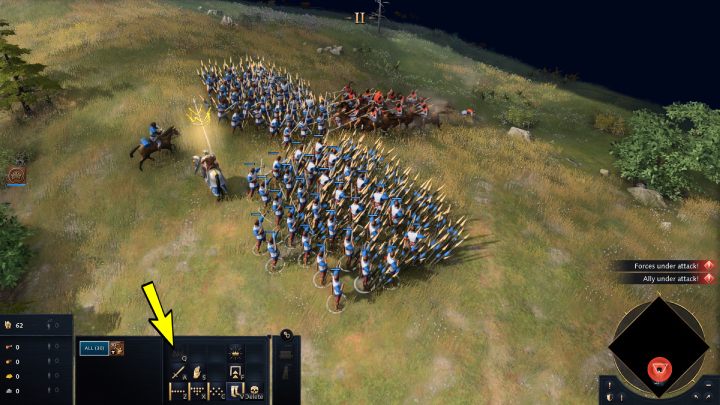 When attacked by enemy cavalry, activate the Place Palings skill, which will defend archers from them. After all enemy units have been defeated, reinforcements will arrive. 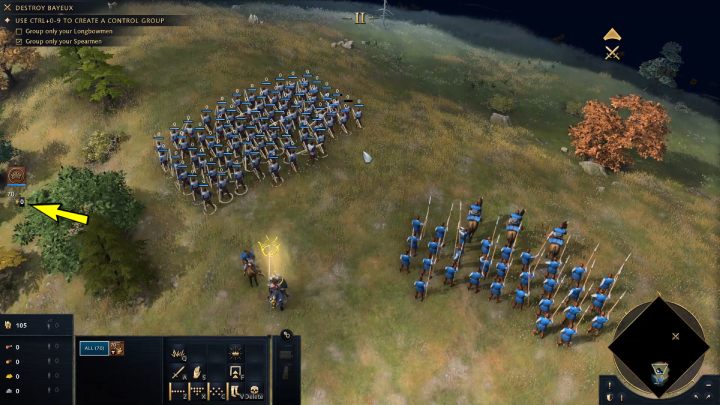 Select all archers and assign them to the keyboard shortcut CTRL 0 and spearmen to CTRL 9. After assigning units to shortcuts, their icons will appear on the left side of the screen. This will allow you to give orders to different types of military units quickly. 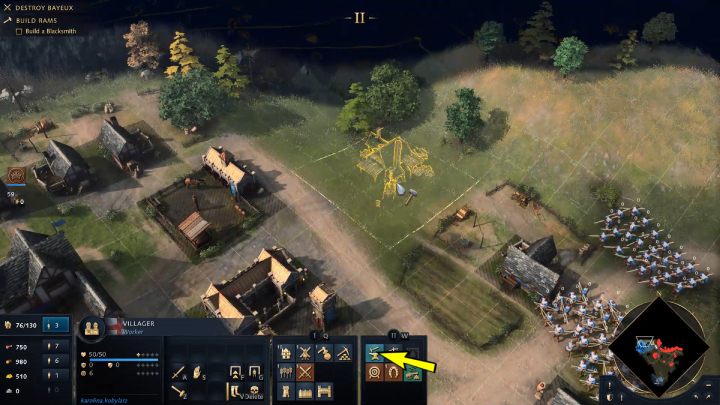 Next, head west of the city walls to take over Forest Village. 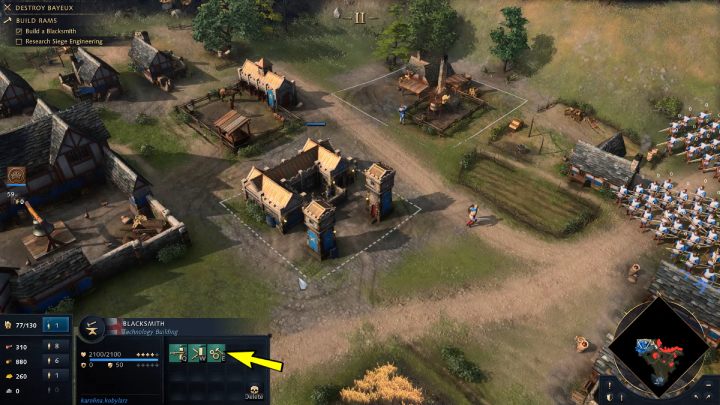 Another mission objective will be to create siege engines. Click on Blacksmith and purchase Research Siege Engineering for 25 wood and 150 gold. 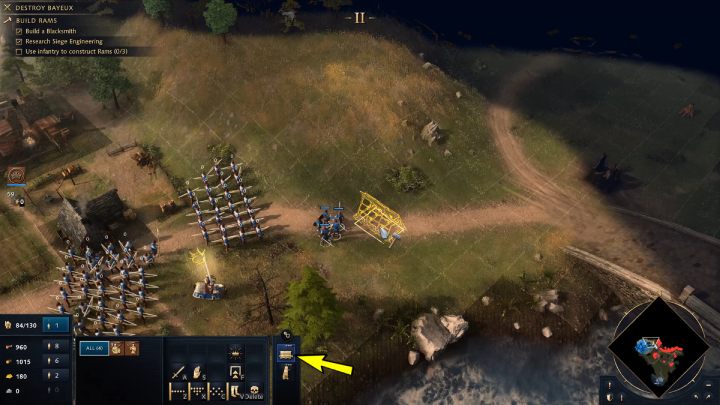 Then choose some military units and build 3 Battering Rams to breach the city walls.

Assign Battering Rams to a keyboard shortcut and head toward Bayeux. 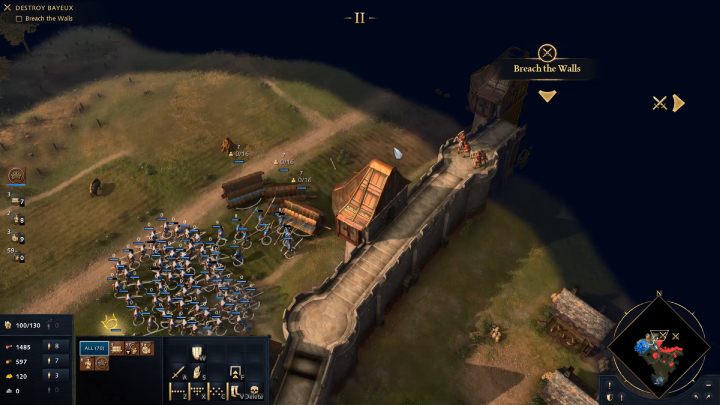 Issue the Battering Rams to destroy the gate, and the rest of the army protect the war engines from enemy attacks. Also, get rid of the archers standing on the wall. Once you get inside, start destroying buildings in the city. 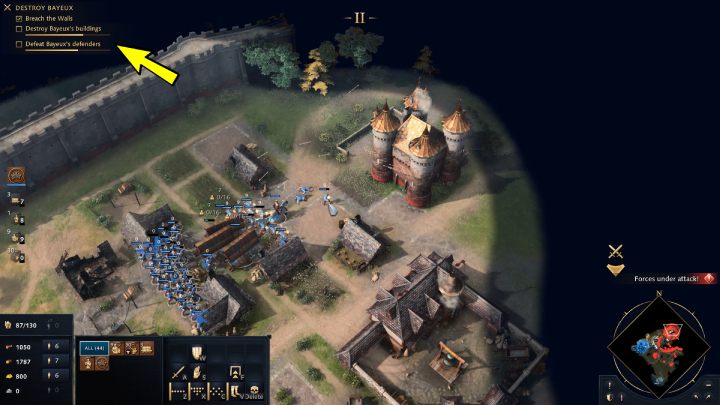 To complete the mission, you have to defeat enough of city defenders and destroy the buildings in Bayeux. The bars visible in the upper left corner of the screen represent the progress of the task.