The following Age of Empires 4 guide page provides an analysis of The Battle of Hastings mission in The Normans campaign. With our tips, you will successfully complete the Norman invasion led by William the Conqueror against King Herold II in 1066.

The first mission in The Normans campaign is the perfect place to learn about the basic units and their uses in Age of Empires 4. During the Battle of Hastings, you will learn how to use the special abilities of the army leader as well as individual soldiers. 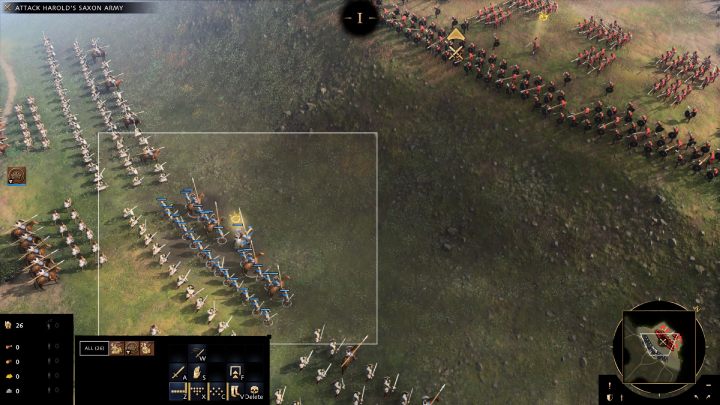 Select the army by holding down the left mouse button and right-click on the designated spot on the map to attack enemy units. When the attack fails, withdraw from the battle.

A false retreat will provoke the enemy to break their formation. Keep attacking the units of the opposing army again until you defeat all the enemies from the first line. 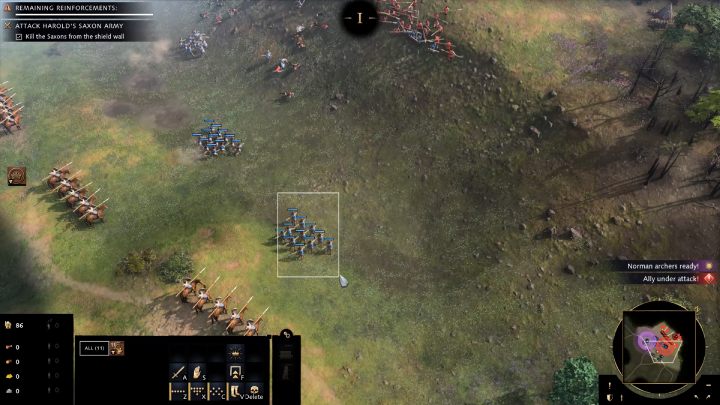 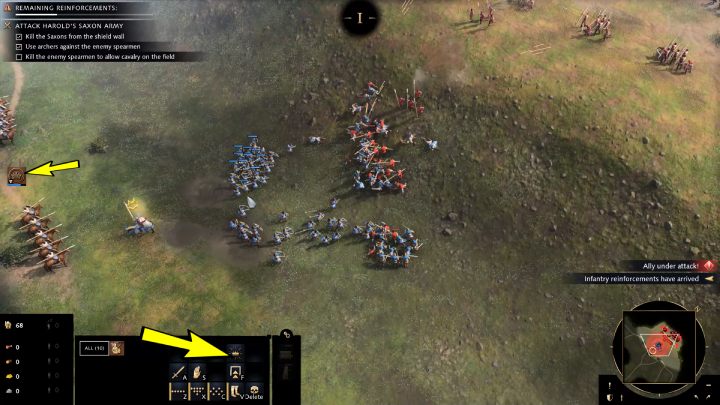 The icon on the left side of the screen shows William's health. When the bar runs out and your leader is seriously wounded, you can use the archers' special ability called Revive Leader. Select a few archers and left-click on the skill icon. Then click on the fallen commander. 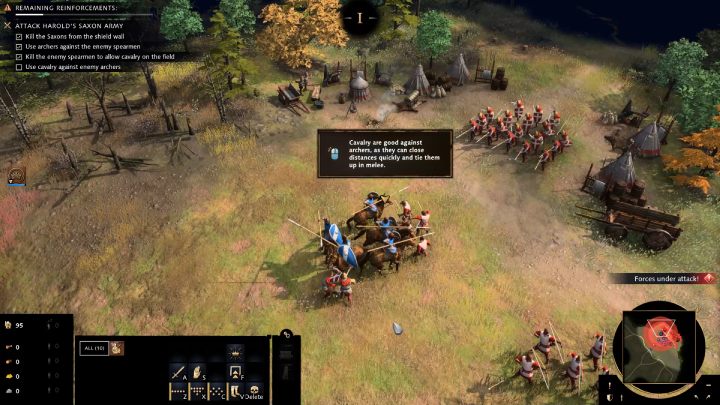 Once the spearmen are defeated, attack the enemy archers with cavalry. Lastly, kill King Herold II to complete the mission.