Enemy fighter jets are only one of your problems. A pilot also has to worry about missiles shot by ground vehicles, anti-air cannons or other enemy machines. On this page in our guide to Ace Combat 7: Skies Unknown, you will learn how to perform air raids and precise attacks aimed at ground targets. 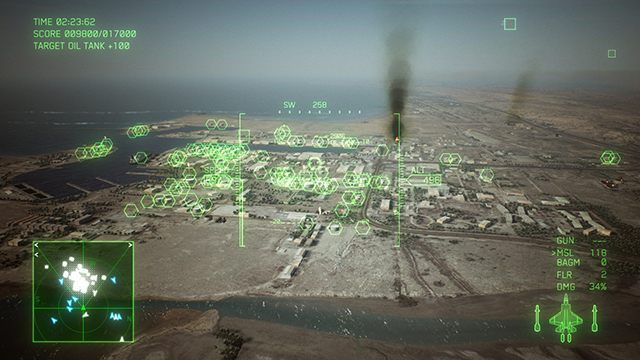 That is a lot of targets.

In Ace Combat 7, ground targets are easier to attack than those in the air - they won't run away from you. Wait for the system to target your enemy and then shoot a missile. A weapon that targets a few enemy vehicles at the same time is especially useful here. Long range missiles aren't that important here - your enemies don't have a lot of range so you don't have to worry about objects that are far away from you. 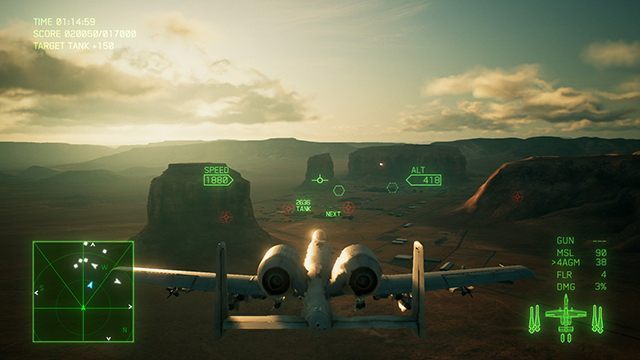 Missiles that target a few enemies at the same time will help you eliminate hostiles faster. 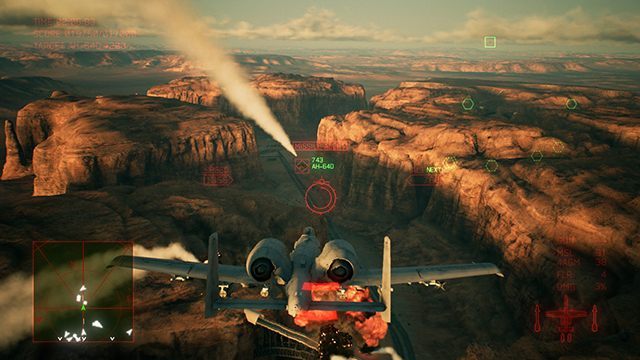 The small red circle informs you that a target is within your cannon's range.

Use Cruise missile when you have to destroy groups of targets, e.g. enemy bases or refineries. That missile shoots more bombs and homing missiles. Hitting a target with the latter requires more precision - we have to point the target by maneuvering our aircraft in the right way and placing the crosshair on the enemy. This weapon has a short range which means that you are more vulnerable to enemy attacks. The same goes for cannons which are great for attacking warehouses or oil tanks. 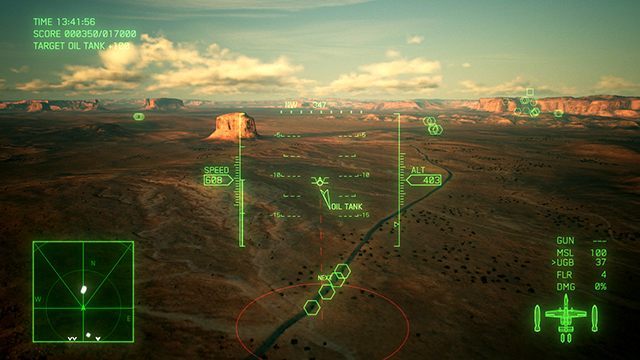 Guided and cluster bombs usually have a bigger striking distance than precise missiles, but they require you to get closer to a target. These four trucks will get destroyed with one bomb.

In Operation Magic Spear, the 13th mission in Ace Combat 7's campaign, your special weapons get replaced with a Targeting Pod. You need to "light" targets manually until they get hit with a bomb.

When the circle in your HUD glows red, you are in the reach. After pressing the fire button, keep the crosshair on your target (it must be red at all times) until your bomb hits it. If a bomb dropped when the crosshair was green, you will miss. Adjust your flight speed - do that only when you are sure that there are no anti-aircraft cannons around (SAM and AAA). 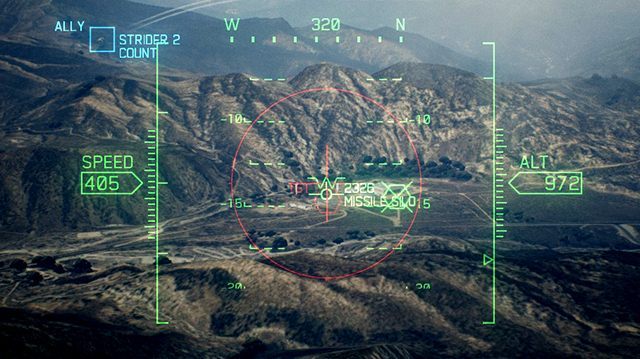 Target is in the reach. You can fire. 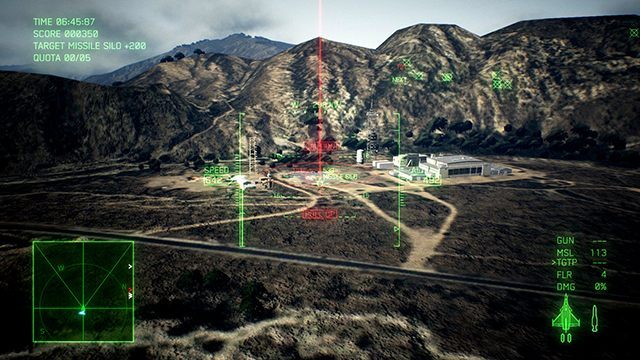 The red line with the circle must stay on the target. Keep doing that until the line reaches the ground - do that and the bomb will hit its target. 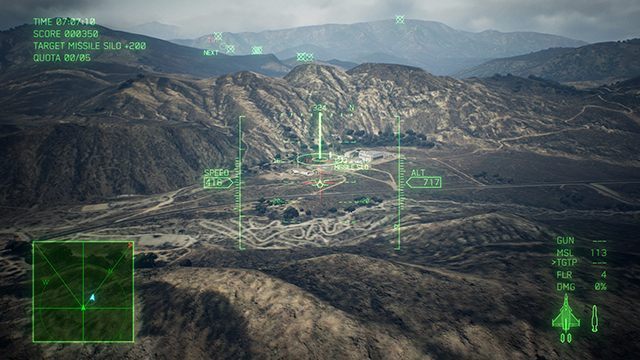 The target marker is green - the bomb will miss.

If your rocket misses the target even though the HUD confirmed that the targeting was done correctly, you either were too close, or your missile hit a part of the terrain. More details on Why don't missiles hit the target despite full targeting? chapter.