Flying in Ace Combat 7 is simple! However, you have to remember to avoid hitting the ground, and missiles while destroying every target. Ace Combat 7: Skies Unknown is a typical arcade game where all you need to master is three or four buttons. This chapter, however, focuses on a few other aspects that will help you start the game without restarting the campaign or repeating the same mission over and over again.

Be careful when you are choosing your difficulty level - you won't be able to change it after starting the campaign. Playing on hard may prove challenging since some of the time limits or scores required for completing a mission are really high. You can get them easier by using weapons and equipment available at the later stages of the game. 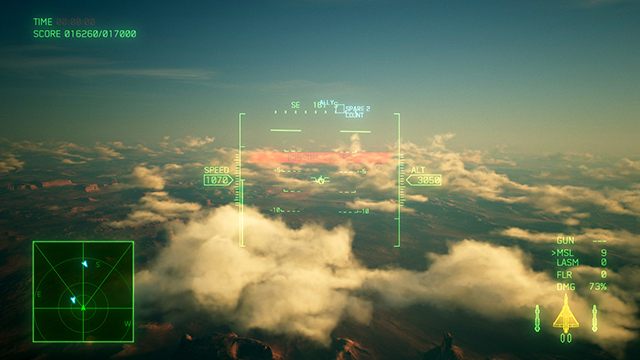 Mission failed. Having even a few points less than the required score means that you will have to repeat this 15 minutes-long mission.

Even if you bought the special edition of Ace Combat 7 or you made a pre-order and got access to F-104 "Avril" and F-4 Phantom II, choose F-16 as your aircraft for the first mission. As for the next purchases, focus on special weapons that are easier to get. The easiest ones to get are missiles that can target a few enemies at the same time. In the beginning, you should avoid fighter jets with a laser cannon or guided bombs. 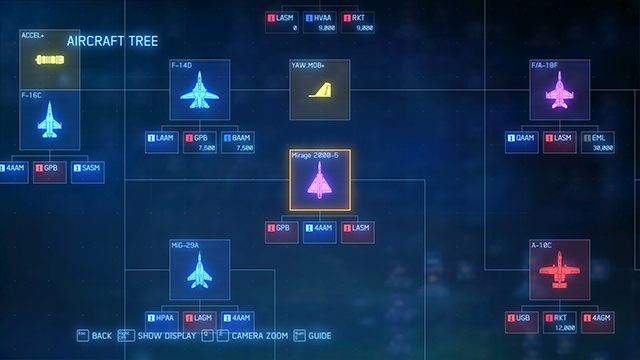 The most versatile are "pink" planes. Select an airplane for your mission. If you only have to fight with planes and drones, take the "blue" fighter. "Red" specialize in destroying targets on the ground.

At first you won't feel the big difference between the speed and maneuverability of planes of the same class, so focus on performance enhancing parts of basic missiles and special weapons. Remember that standard missiles are universal - they destroy both ground and air targets, so it is worth investing in their quantity and power. Remember that bombs require more time. 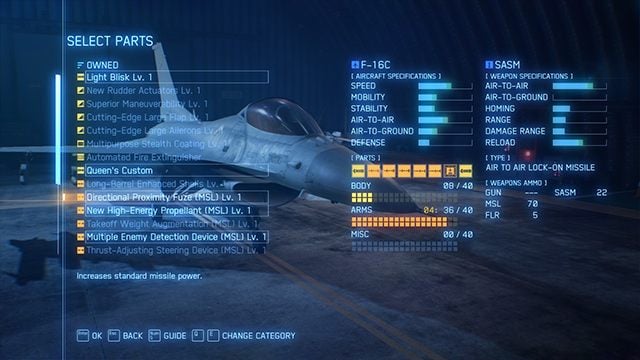 At the beginning, it is worth investing in parts that improve the performance of armament.

Focus on targets marked with a red circle

Sometimes the mission requires you to destroy a few specific targets in the crowd, e.g. only enemy bombers. Their position is marked on the radar with a large red dot or an arrow on the edge of the radar, indicating the general direction in which the enemy is located. 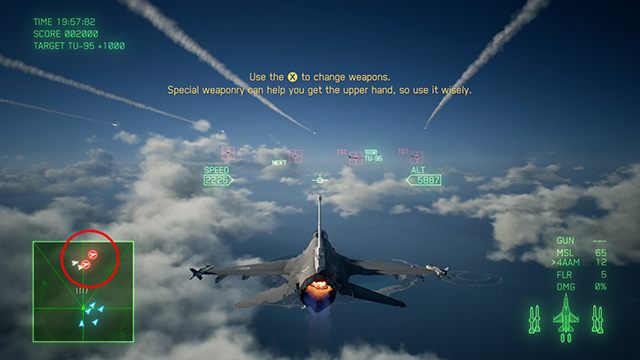 Don't hunt your opponent at any cost

A circular combat with a maneuverable drone will often mean playing a cat and mouse game, during which the target will often slip out of a good position to shoot. Don't waste time chasing him, just change your target to the next one. This will usually give you a convenient position to locate the enemy and launch the missile. This is a particularly useful strategy for missions that require you to maintain a set time limit. 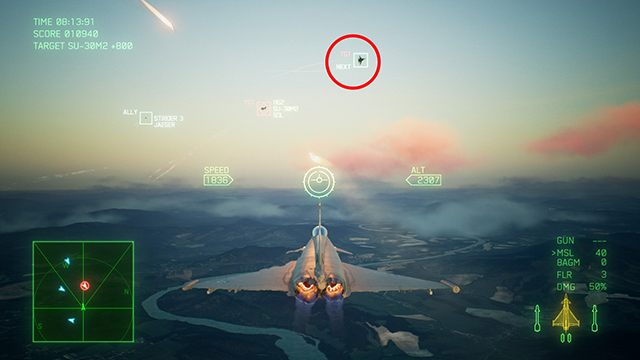 When the target escapes, switch to the one with the icon "next".

Shoot while sitting on the enemy's tail

Effective hit with a rocket can be successful while sitting on the opponent's tail and when the opponent is away from you. Don't shoot if the aircraft flies from left to right or goes in your direction much higher or below your position. A missile rocket almost certainly misses the target. Take a convenient position behind the enemy by slowing down your speed and maneuver by observing the vector of the arrow in the middle of the screen. Remember that enemy fighters and bombers require a double hit with a standard rocket, drones fall in one shot at a time. 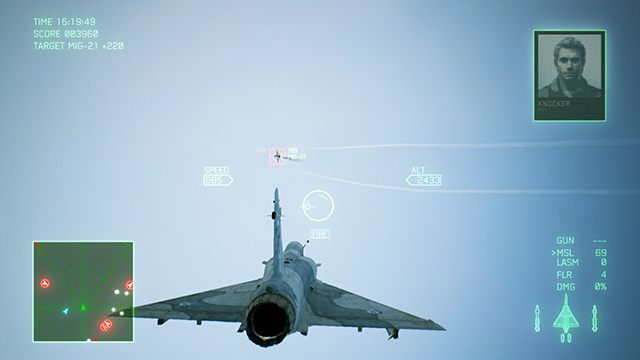 View of the enemy engine nozzle is a perfect chance to hit.
See/Add Comments