This page of the guide provides information on crafting items. We explain how to unlock new crafting recipes, how to craft gadgets, and how to carry more of them in Amicia's inventory. 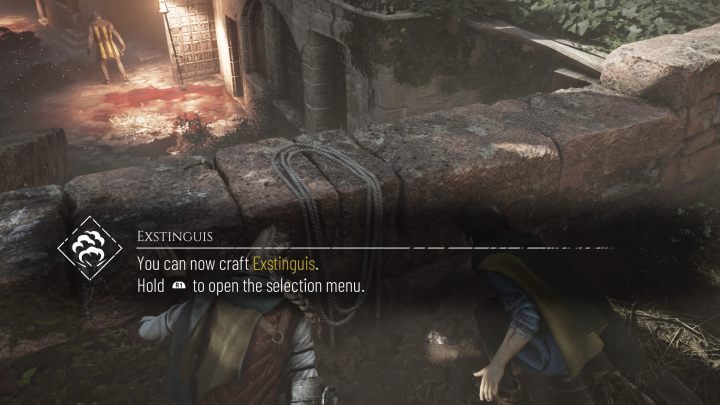 You will start your adventure in Plague Tale Requiem without knowledge on some of the gadgets you used in Plague Tale Innocence - Amicia has to re-learn the recipes to use them.

You will learn the most important recipes automatically - they will be unlocked as you go through the game. You will always receive information about a new gadget, the necessary ingredients and the option to test it out. For example, in chapter 3 you will unlock Exstinguis and learn how to use it to sabotage light sources. 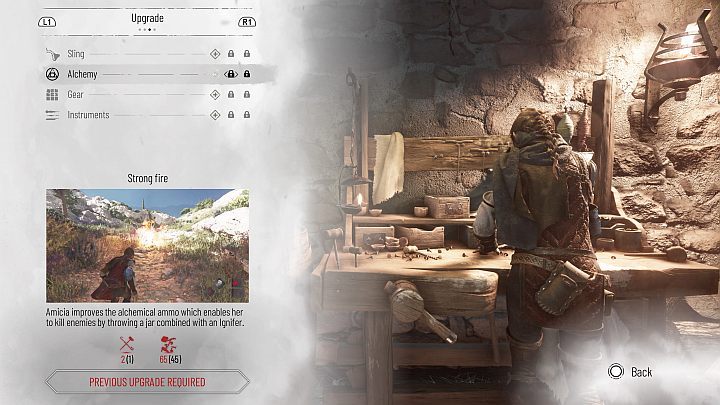 You can unlock advanced gadgets at workbenches. They may, for example, increase the effectiveness of known gadgets in killing enemies, but they do not introduce entirely new features.

We have described the use of workbenches and obtaining parts and tools on a separate page - Character development. 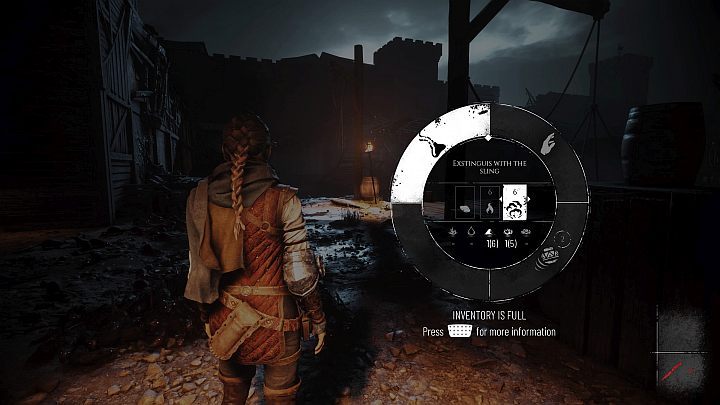 Gadgets can be crafted at workbenches, but also at any time during gameplay from a radial menu. After holding down the gadget selection button (R1/RB on the controller): 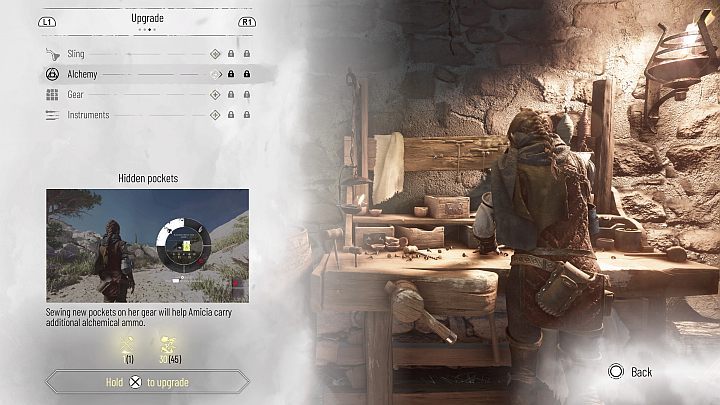 Amicia's inventory is initially severely limited. Reaching its limit can prevent you from creating more gadgets and picking up the ingredients you find for crafting. You can deal with this problem by buying the right upgrades at a workbench: 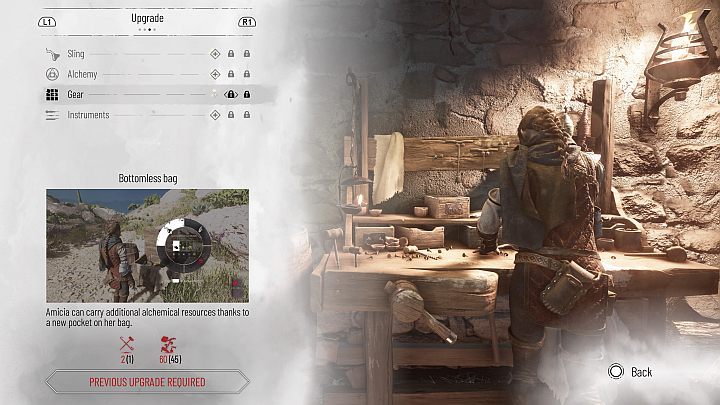 Bottomless Bag - Amicia will be able to carry more alchemical resources. This will allow you to restock gadgets more often.