On this page of the Plague Tale Requiem game guide, you'll find stealth and combat tips. We have included various hints on how to remain unnoticed, how to distract enemies, how to kill from cover, when you have to enter open conflict and how to stay alive. 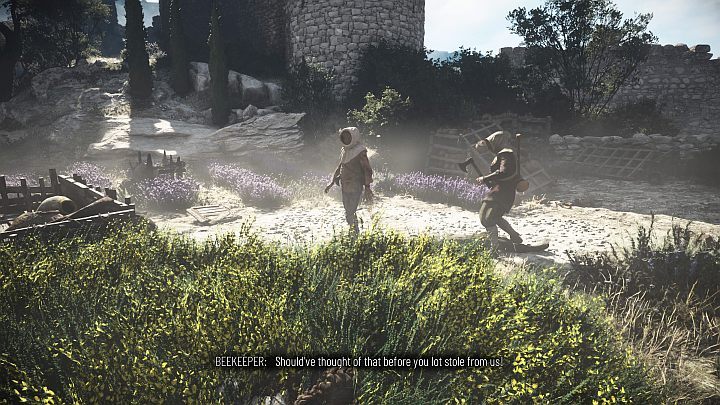 In Plague Tale Requiem, Amicia has more options for eliminating enemies, but you should still aim to stay hidden most of the time. You can do that by using tall grass - you can move through it while remaining unnoticed (beware - if the area is alerted, enemies may search the grass!).

While hiding in the grass, try to locate opponents. Archers are the most important - they can, for example, stand on towers or at windows on the floors of buildings. 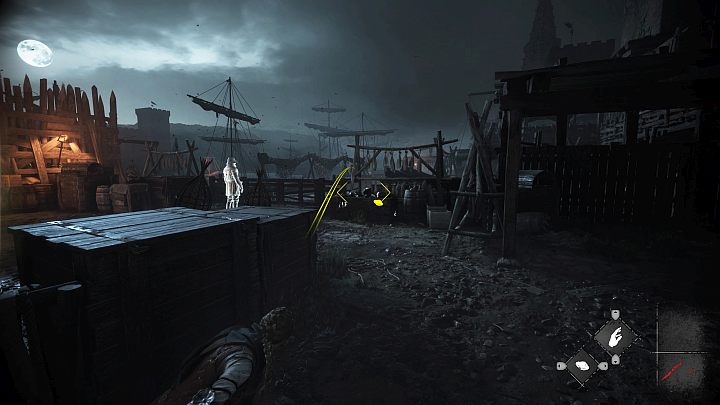 You can also distract enemies. The best method is to throw rocks at interactive boxes. Ensure that the opponents are within range, i.e. that there is an outline around them. Then they go to investigate the source of the noise and it will make it easier for you to sneak past them. 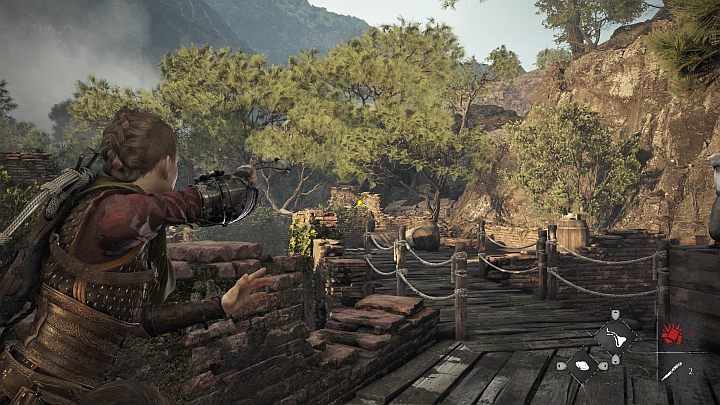 You can also use stealth attacks which are highly recommended - their advantage is that opponents do not expect them and you can accurately aim with the slingshot. Aim at the enemies' heads but keep in mind that the slingshot can only kill those not wearing a helmet.

In addition to standard slingshot attacks, you can also use more advanced techniques. Tar and Ignifer are helpful in setting enemies on fire. Use this method especially in those situations where there are at least 2 guards standing next to each other. 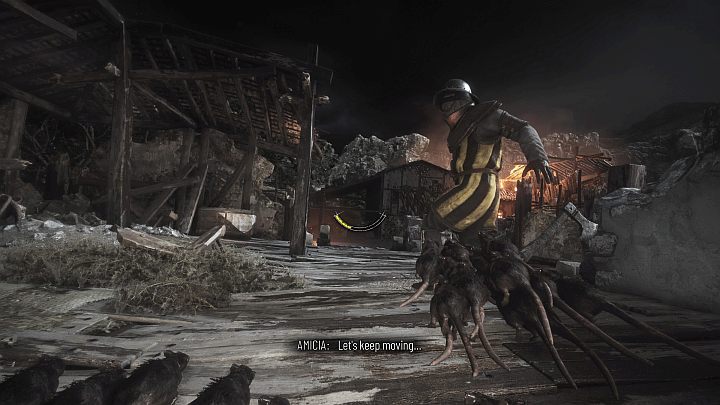 Another good method is to make enemies lose something that protects them from rats. Use Exstinguis to, for example, extinguish torches carried by guards or nearby light sources.

In selected moments, Hugo can take control of hordes of rats. You can then direct the rats at opponents. It's a great way to eliminate enemies without putting yourself at risk. Remember, however, that rats must avoid fire - try to sabotage nearby light sources beforehand. 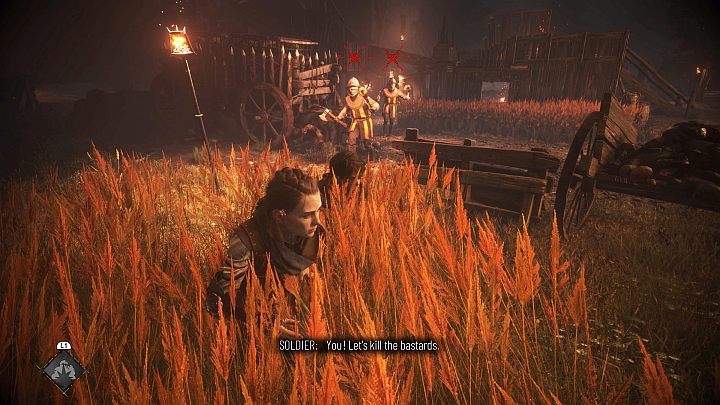 Direct fight with an enemy or group of enemies can happen in 2 ways:

In some sequences, the only solution is to run away because Amicia cannot defeat the opponent(s) in open fight (e.g. encounter with Arnaud in chapter 5). This type of situation is mentioned in our walkthrough. 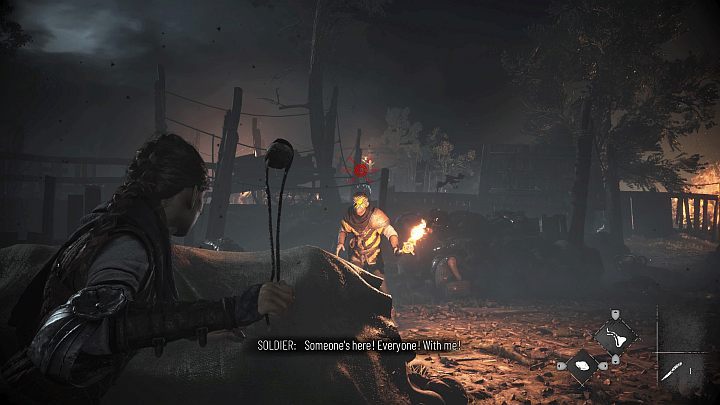 The main way to kill enemies is to use the slingshot. Remember to:

The crossbow is equally useful in killing enemies. In this case, try to improve it as much as possible - this will allow you to recover bolts from killed enemies. This is very important, because new bolts are found relatively rarely.

Tar and Ignifer are another great way to kill enemies. With them you will be able to set enemies on fire, even several of them when they are standing close together. 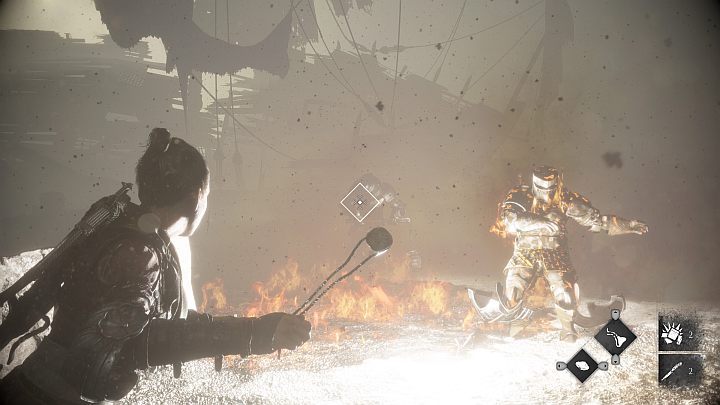 Fights with elite opponents can be more problematic - they can be resistant to standard attacks with, for example, the slingshot or even the crossbow. You have to dazzle opponents with shields by using bags - you have to hit them with the slingshot. After blinding the soldier, you can approach him from behind and attack (the first such fight takes place in chapter 3 while protecting Lucas).

Opponents in heavy armor have weak points. Hit them with the slingshot to make the soldier lose additional protection. Only then you can, for example, set such an enemy on fire with Ignifer and tar.

You can find hints on how to eliminate specific enemies in our walkthrough. Our walkthrough also includes boss fights.