While going through Chapter 9 (Tales and Revelations) of Plague Tale: Requiem, you can find hidden chests that are treated as collectibles. On this page of the guide, you can view their list and approximate locations. 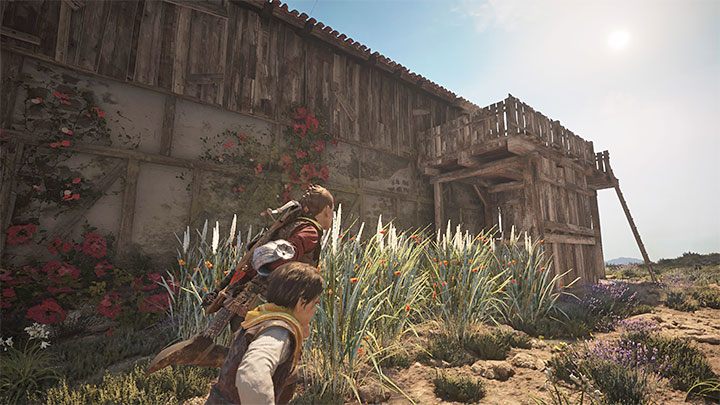 This secret can be found once you reach the open location encompassing the island. You need to access the building in the vicinity of the fair. Circle it to find a ladder. 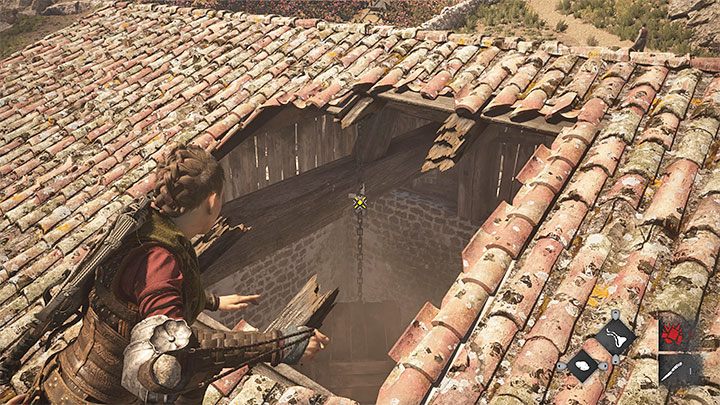 It will allow you to reach the roof. Check out the place shown in the screenshot to find a hook. Get to a good position and shoot the hook through the shutter. 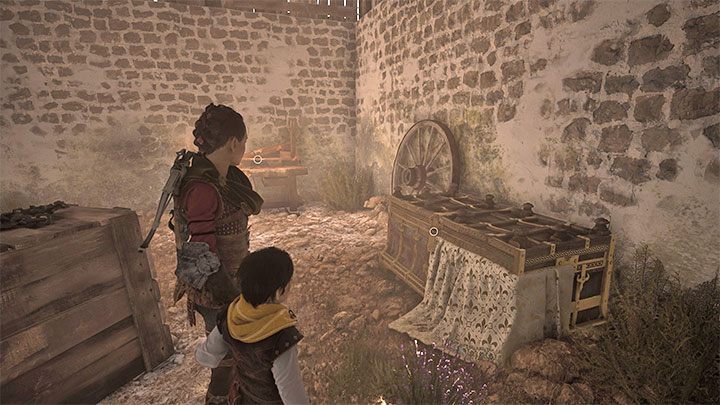 The door is now unlocked - get inside and collect. If you need, the interior also contains a workbench. 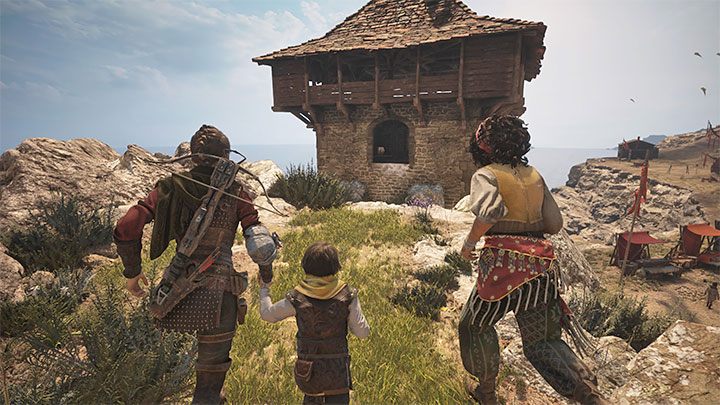 Secret Chest #2 is also found while exploring the island. You need to reach the tower that separates the main area of the island from the path to the port. To access it, you need to climb a neighboring hill and get to the upper part of the tower from there. 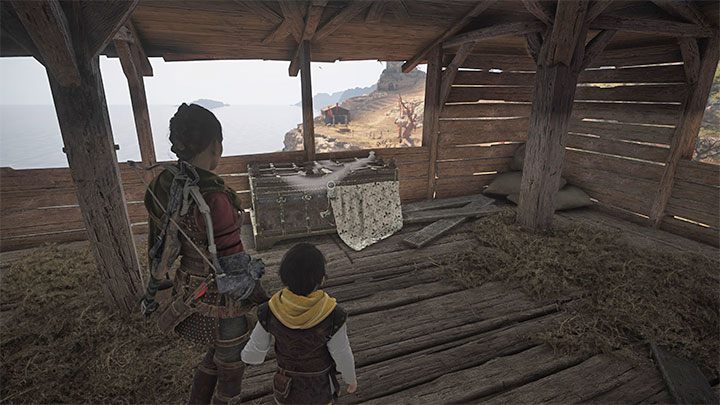 Once inside, use the ladder, and you'll reach a floor with the sought chest. 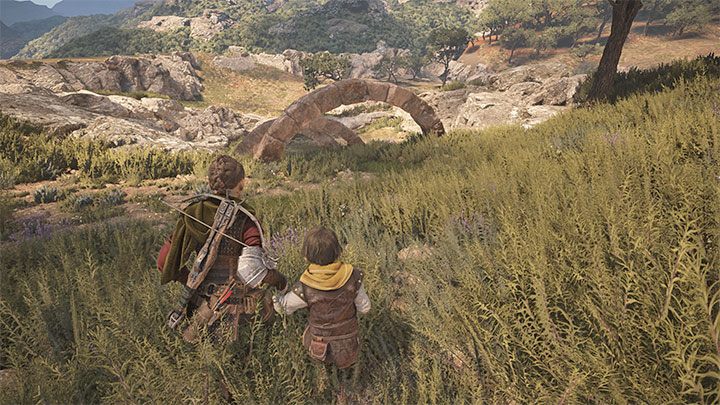 First, deal with the windmill puzzle - you can find a solution for it on a dedicated page of the guide (Windmill puzzle). Once solved, travel to the descend leading to the smuggler's hideout. 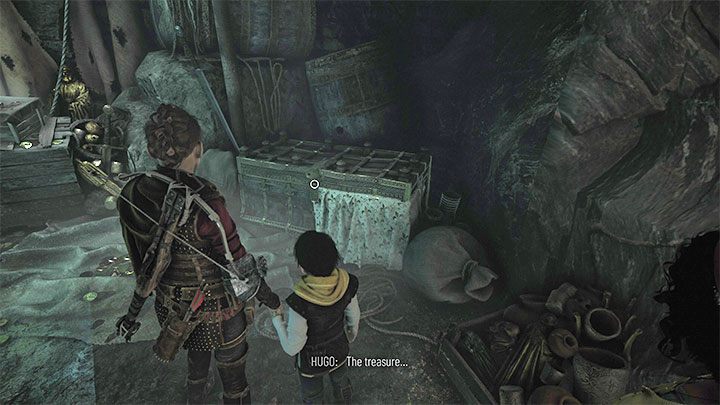 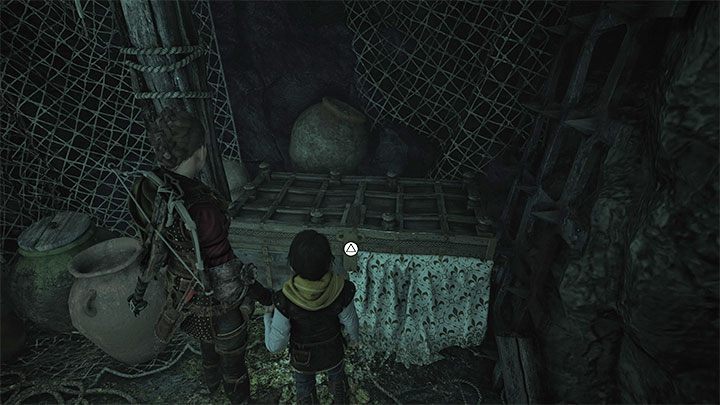 Once the path forward is unlocked, reach the final area of the hideout. There are bracers, and as many as two chests. 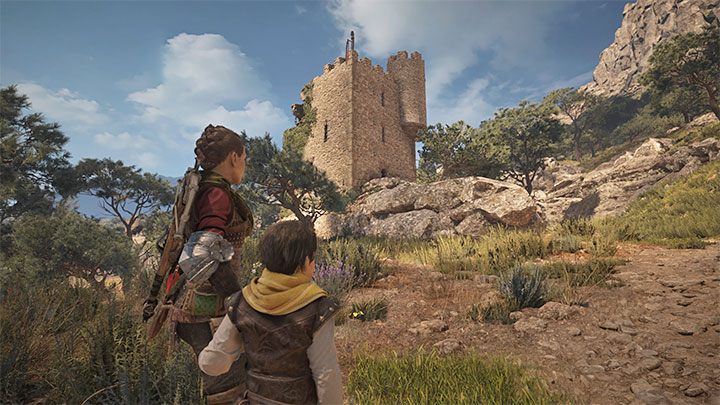 When staying in the open area, you need to look for a partially damaged tower - we show it in the screenshot above - you'll need to get to the top of it. 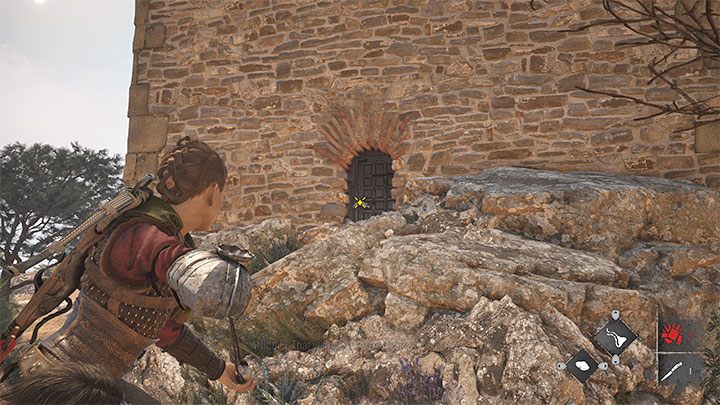 Unfortunately, the main door of the tower is locked. Circle the tower and look for a place where there is an interactive hook (hit it with the slingshot - screenshot above) Hitting it will unlock the entrance. 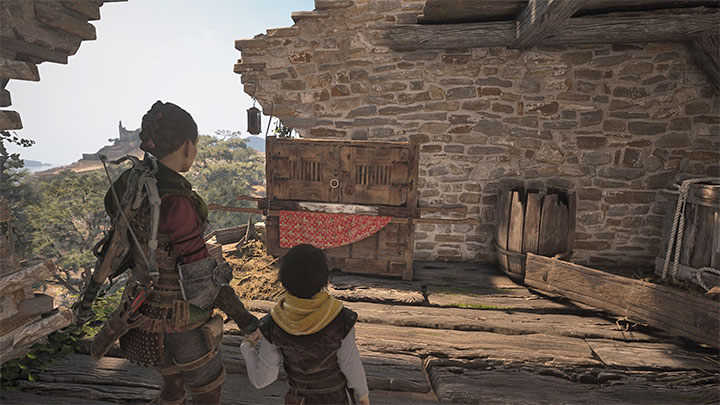 Get busy exploring the next floors of the tower. On one of them is a closed workbench that forces the usage of 1 knife. 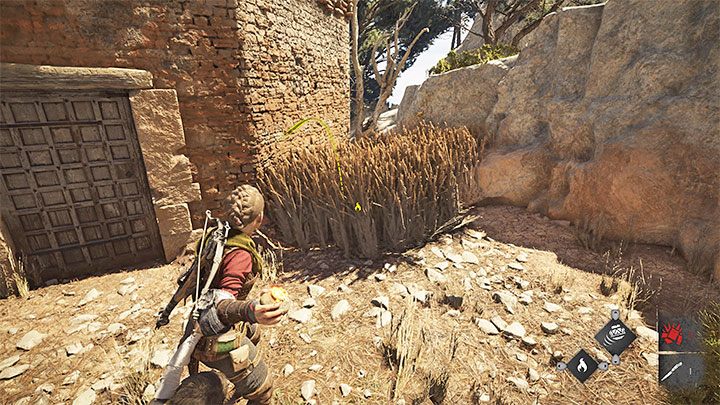 This chest is found along the way to the shrine, not far after passing a goat herd and a locked passage to be exact. Reach the ruins where the lost goat is found and set the grass on the right on fire (screenshot above). This will reveal a hole through which Hugo can squeeze. The door is now unlocked. 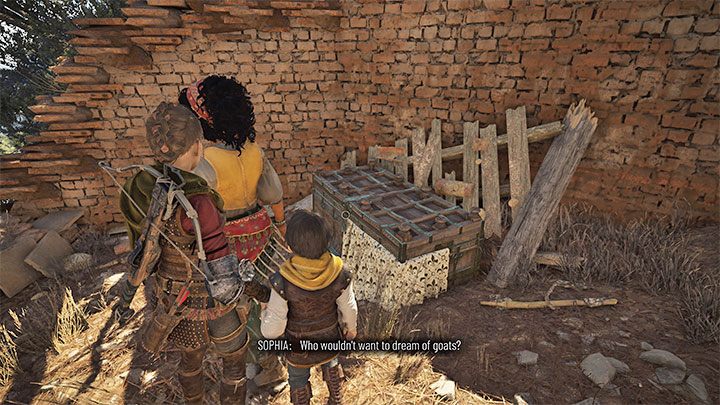 After entering the ruins, in addition to finding a goat (secret - souvenir), you will also come across a chest. 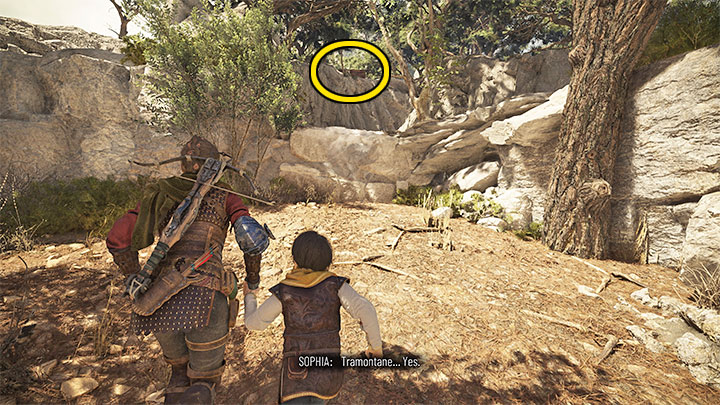 You will find the second closed workshop right after discovering the previous chest, i.e after passing the ruins with the goat. You have to climb to a higher shelf and you will notice that the secret chest is on top of the (above image). 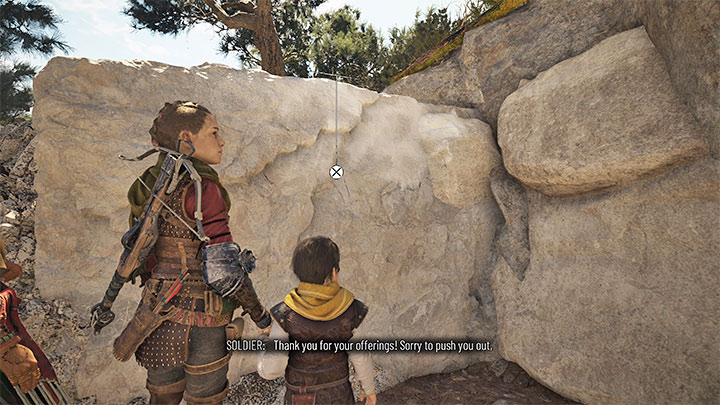 Walk straight for a bit, turn left, and climb up to the next shelf shown in the picture. 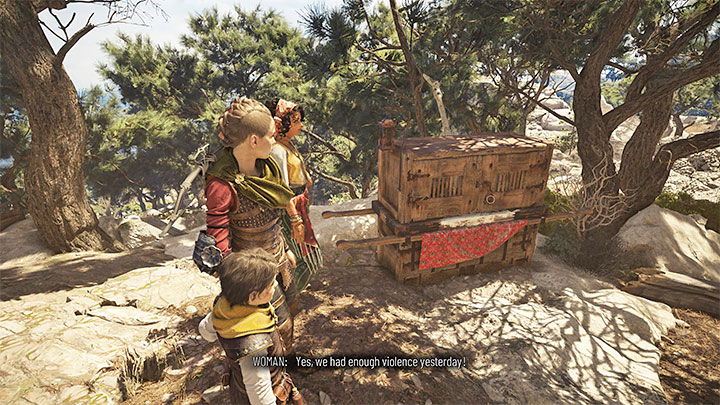 You can already approach the workbench and open it with a knife.