Chapter 16 - King Hugo of Plague Tale: Requiem is the final battle of the game, during which you must reach Hugo. Our walkthrough explains how to avoid the rat swarms, where to find Hugo and how to defend yourself from the monsters. 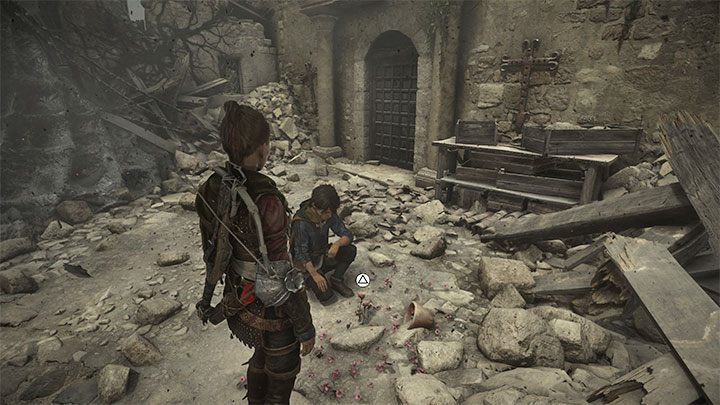 Start making your way through the devastated city. Look inside the destroyed building to the right - you'll find a workbench and a secret chest.

Use the stairs and approach Lucas. Here you'll find the last secret in the game - Carnation, a flower for Hugo's Herbarium. 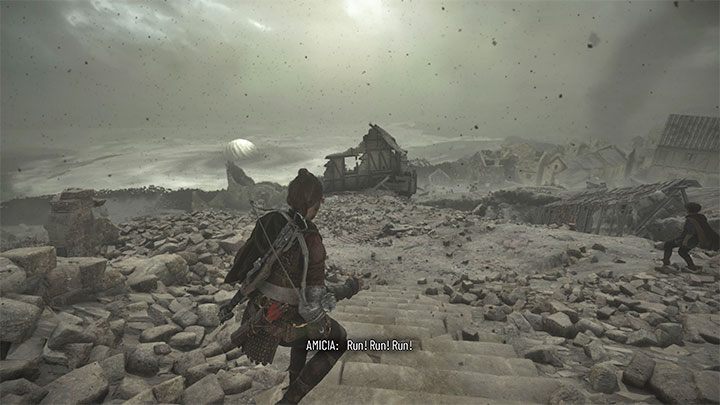 Go through the door next to the secret. You'll trigger a cutscene. Hugo's in the massive sphere far in the distance.

Listen to the plan once you get down. You must avoid the rat swarms and move from cover to cover - the first of which is a section of the wall pictured above. Start sprinting every time a rat wave passes by you - you should have enough time to reach the next piece of cover. 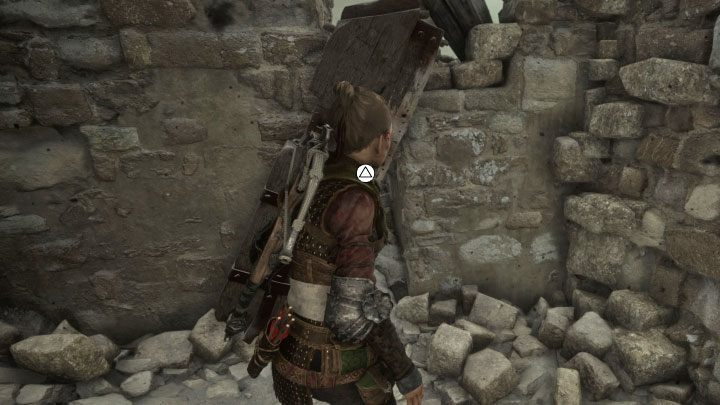 Your destination are the lowest ruins. Move some obstacles and reveal a gap you can squeeze through. 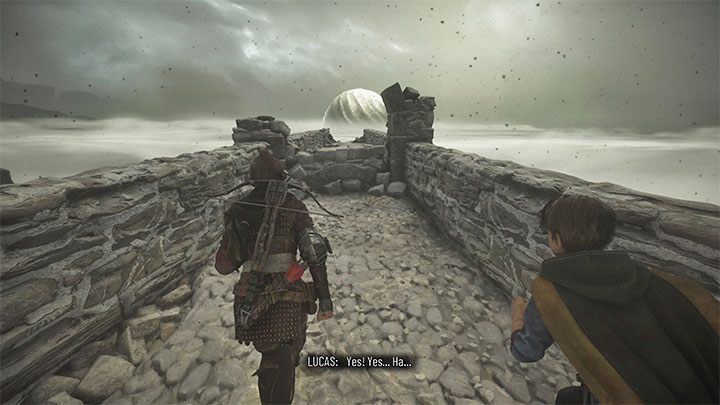 Run towards the wrecked bridge, not worrying about the lack of cover anymore. Once you reach the end of the bridge, listen to the conversation and confirm that you wish to head down. 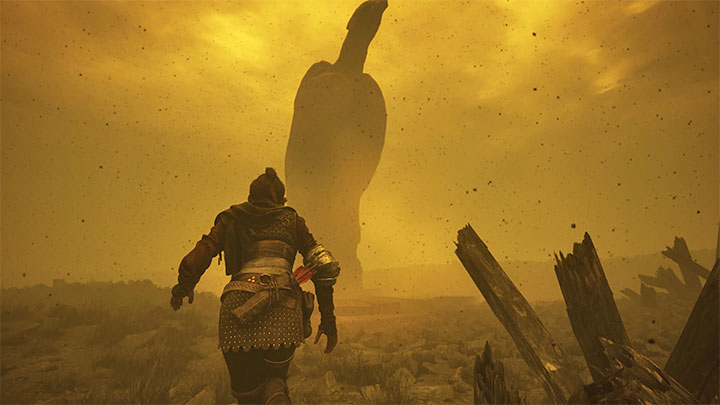 You'll be transported to a new area Amicia must explore alone. You'll find phoenix statues along the way. Your instinct may tell you to go where they're facing, but that's not what you must do - stand by a statue and head in the opposite direction from the one it's facing. 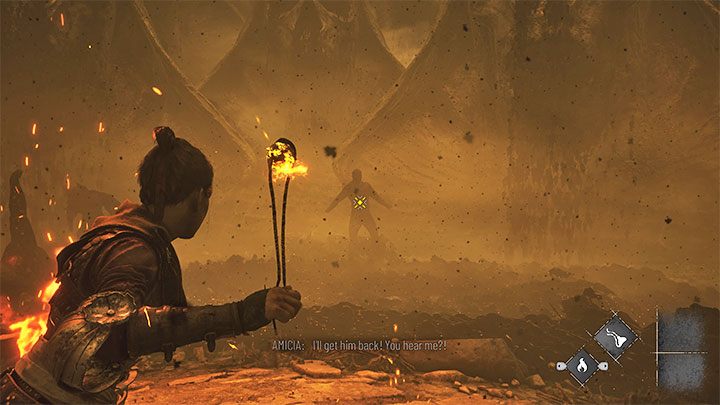 Amicia will slow down, eventually getting transported somewhere else. You'll get attacked by monsters. You have an unlimited supply of Ignifiers to use against them. 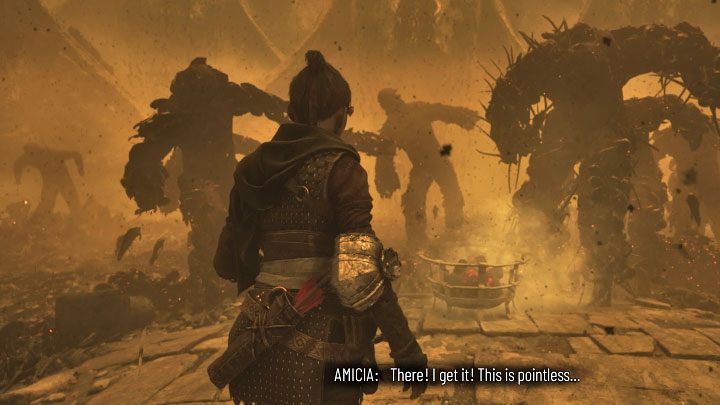 Soon enough you should realise fighting them off is pointless, as the assault does not stop. Select Extinguis and put out the bonfire - this is the only way to escape the nightmare.

If you don't use it in time, you'll die and return to the phoenix statues. This means you'll have to start all over again. 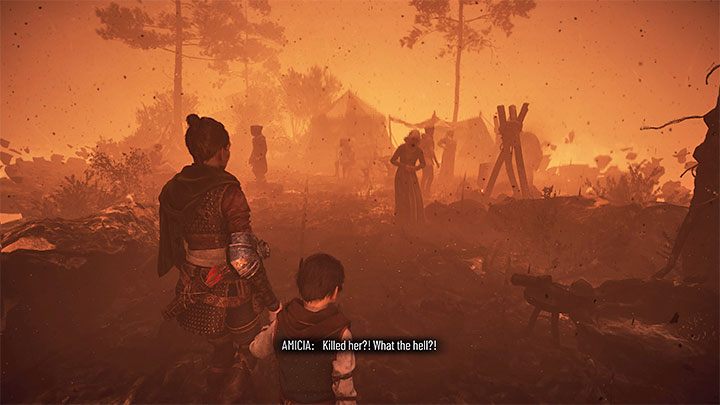 You'll eventually "find" Hugo and start making your way through a new area. You don't have to do anything here - just listen to what the characters you're passing by have to say. 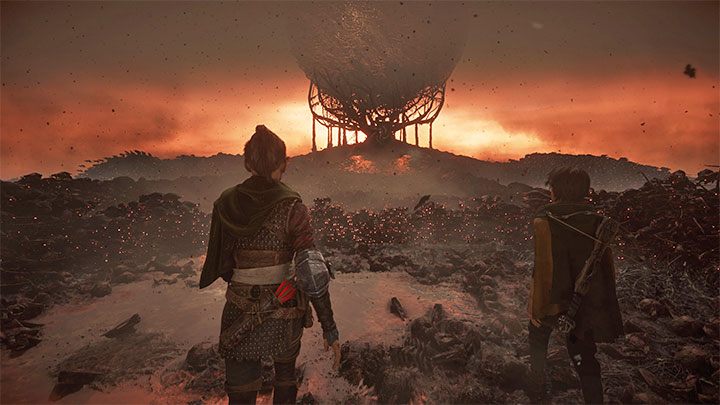 Once Amicia's alone again, keep moving forward. You'll meet Lucas, resuming your journey towards Hugo. You're no longer under any danger from the rats. 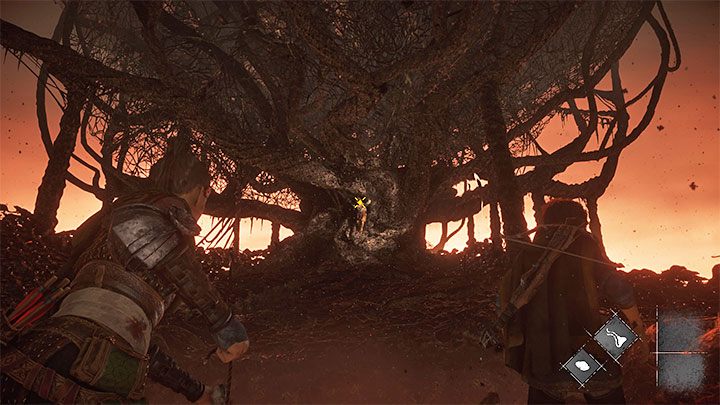 There's only one thing left to do - take aim and shoot Hugo. This triggers a cutscene and completes Chapter 16.

Don't turn off the game just yet. Watch the credits to progress to the epilogue - Chapter 17. We've described it on the next page of our walkthrough.