The following walkthrough focuses on the battles from chapter 14 (Healing Our Wounds) of Plague Tale: Requiem. The walkthrough explains how to lose the Count's ship, how to protect Lucas and Sophia, and how to help Arnaud survive the boarding.

Talk to the others 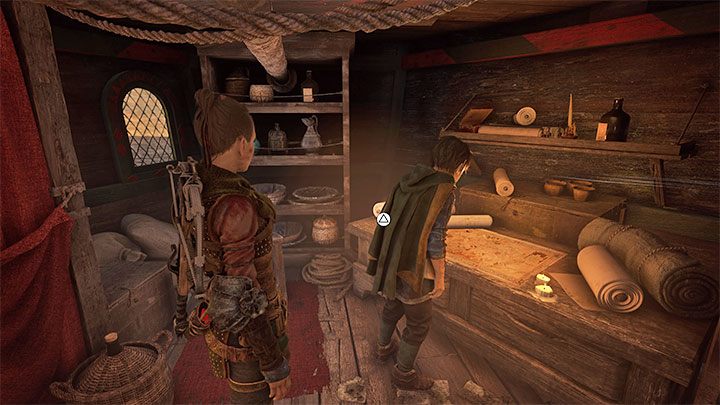 You will start the chapter aboard the ship and, as in chapter 8, you can talk with your companions.

You can specifically talk to Lucas, Sophia and Hugo (you will talk to Arnaud once he is awake). Eventually a cut-scene will start, from which you will learn that you are being pursued by the Count's ship.

Get away from the Count's ship 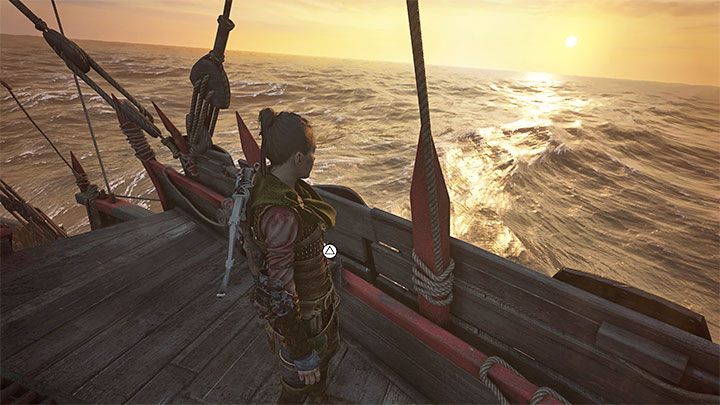 The actual battles are yet to come. You have to do some other things first. Start by reaching the ropes twice and unfurling the sails. 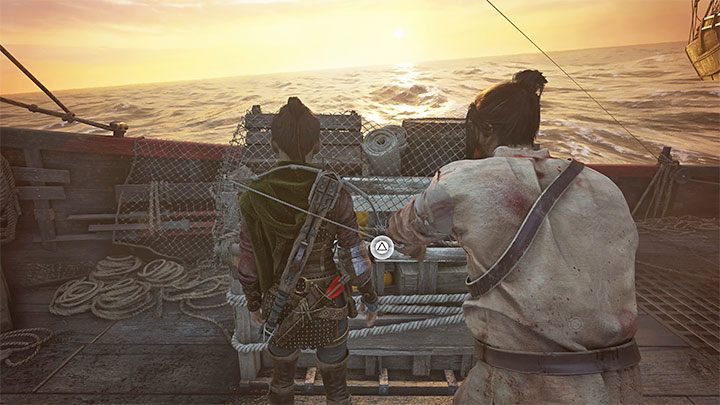 The heroes also decide to throw heavy cargo overboard - you must help Arnaud with it. 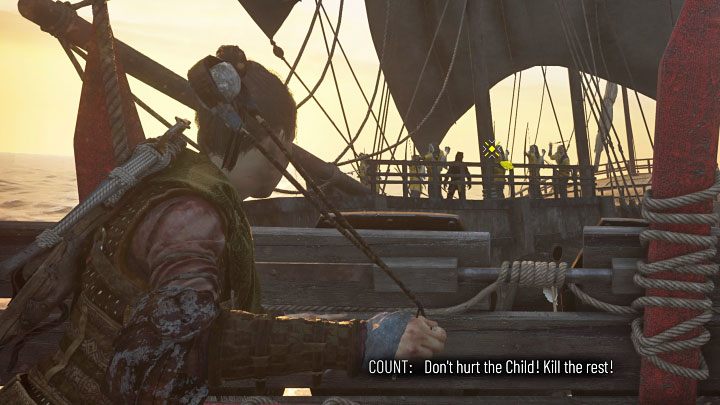 Reach the covers closest to the enemy ship. Lean out and kill opponents by using the sling. You will kill a few of them, but you will not be able to stop the boarding. 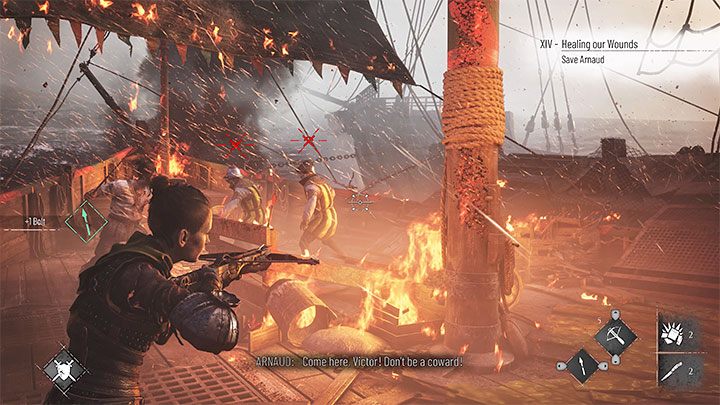 Amicia will lose consciousness for a moment. After regaining it, you will learn that enemies are trying to get to your ship.

You have to help Arnaud fight them. First, attack those soldiers who have reached your ship and are trying to attack Arnaud. The crossbow will be ideal here, as you there are a few bolts around. 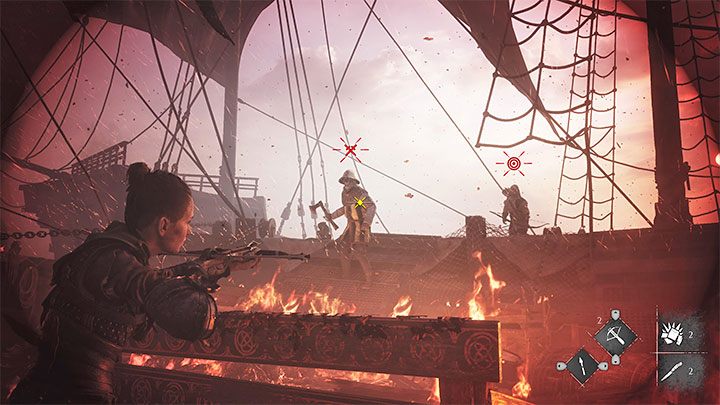 Also attack enemies moving between the ships and those aboard the Count's ship. Remember that you can use tar and Ignifer, and switch to the sling to kill enemies without headgear. 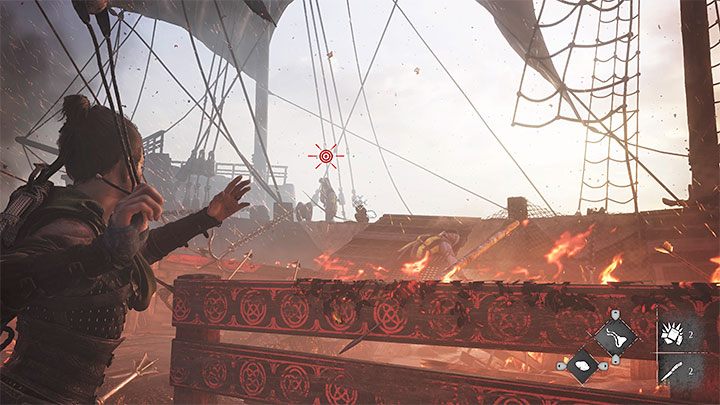 Look out for archers and enemies with spears - hide behind covers. If you receive more damage, stay behind a given cover for a longer period of time until your health bar regenerates.

Defend yourself until the game shows a cut-scene. It will conclude the short fourteenth chapter of the adventure.