This page of our Plague Tale: Requiem walkthrough is dedicated to the first phase of Chapter 13 (Nothing Left). Our guide explains the puzzle that has to be completed in order to get back to the surface, as well as shows how to avoid rats while traveling through their nest.

Find a way to the surface 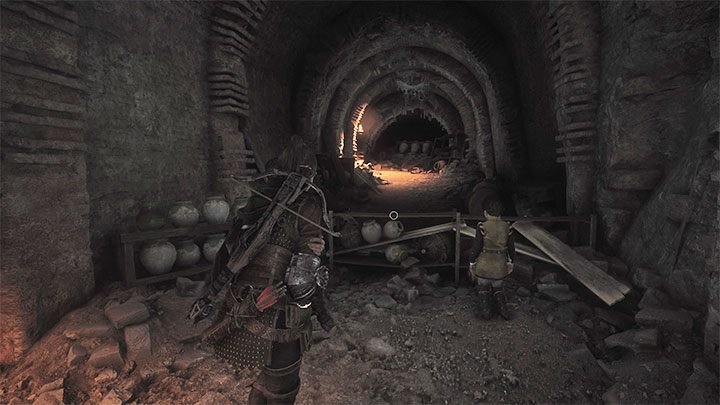 At the beginning, Amicia is still wounded, so you'll proceed forward in a snail's pace. This will change once you reach the first obstacle - a cut-scene will be activated, and once it's over, you'll get your gadgets and moveset back. 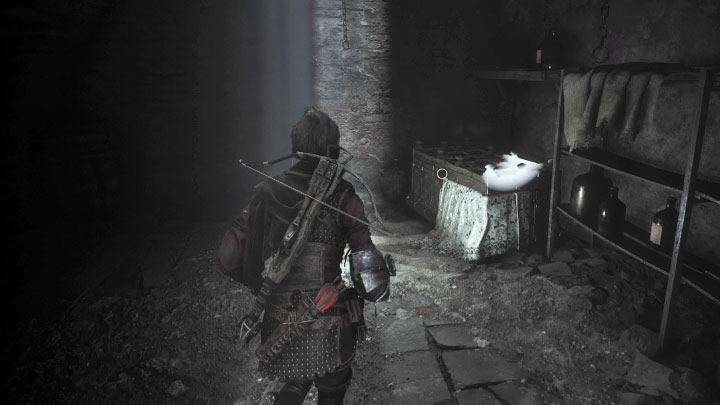 Proceed forward. In the next basement, explore the side rooms, as one of them holds a secret chest. You'll also come across a workbench.

Soon, you'll reach a large opening and Amicia will have to find a way to access it. 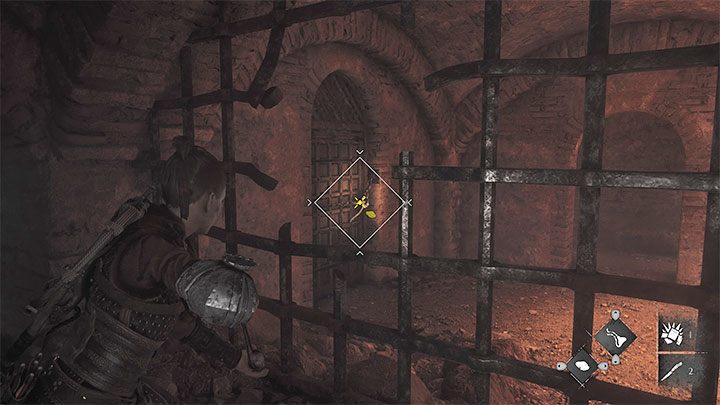 Look for grates in the area. Position yourself next to them and use the slingshot to hit the hook which we marked in the screenshot above. This will allow you to reach the door from the other side and open it. 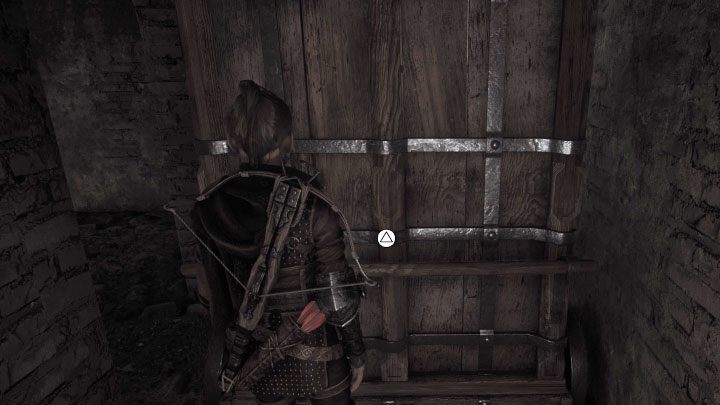 Explore the new area. There is a wheeled cabinet on one of the sides - pull it towards you. This will unlock a path in the previous area and you can use it to continue. 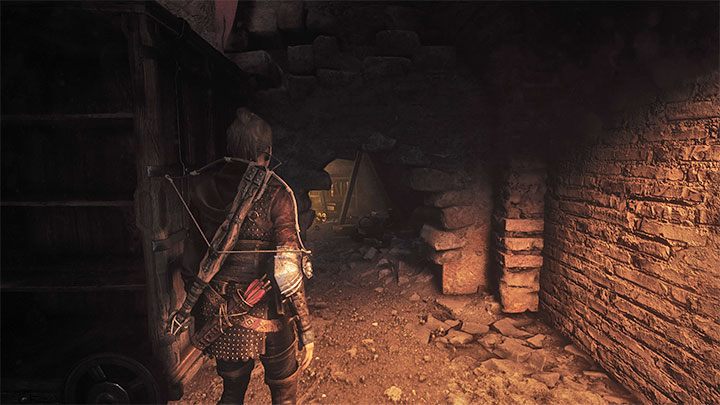 In the next location, move the second cabinet found on the right. This will reveal an opening (screenshot above) - you can use it to reach a secret room containing a Souvenir (A Mess). 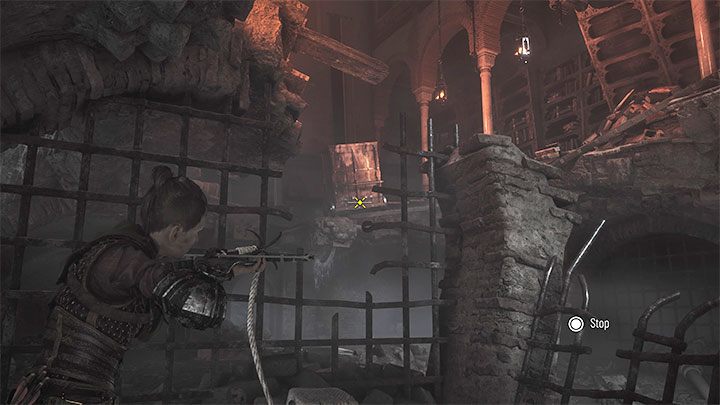 Soon, you'll reach a new Anchor Point - place yourself near it and use the crossbow.

You need to aim and fire at the wheeled object from the screenshot above - it is on the higher shelf. Pulling it will make it fall to the lower level. Return to your companions. The climbing attempt will fail, but the heroes will push the dropped object and unlock access to a rat nest. 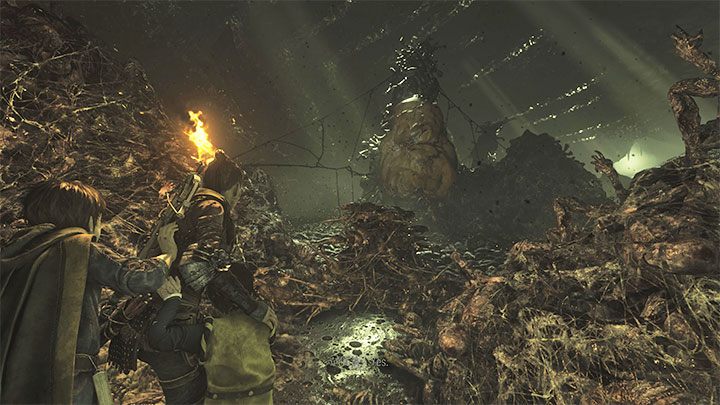 There is a torch nearby Take it and start exploring the nest.

Along the way, watch out for tanks filled with rats - they can explode and spray poisonous fumes. The first tank will explode no matter how hard you try, but the further ones can be passed by safely, provided you maintain a safe distance. 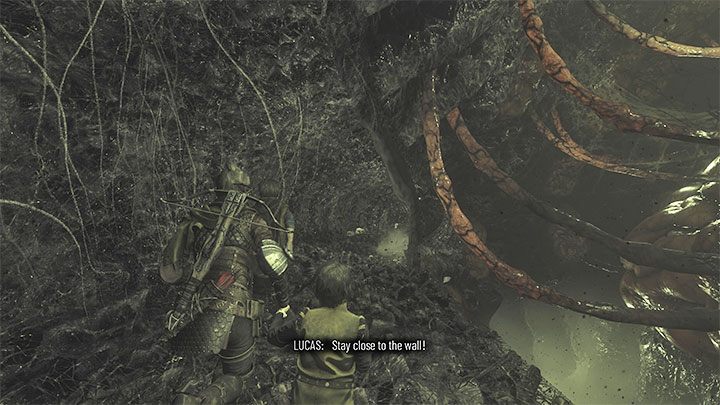 There is only one possible path here. You'll reach a room with a giant tank, but an escape scene will begin. Same as with previous escape scenes, make sure to hold the sprint button, and avoid losing too much time while climbing or getting down to lower ledges. You'll find a way out of the nest.