Playing Plague Tale: Requiem may be problematic with weaker hardware, as the game's requirements are quite high. This page of our guide lists the minimum and recommended system requirements for playing in 1080p. We also cover how does the game run on the PS5.

This configuration will let you run the game in 1080p. You'll be able to comfortably play with low visual settings and in 30 FPS.

This configuration will let you run the game in 1080p. You'll be able to comfortably play with ultra visual settings and in 60 FPS. 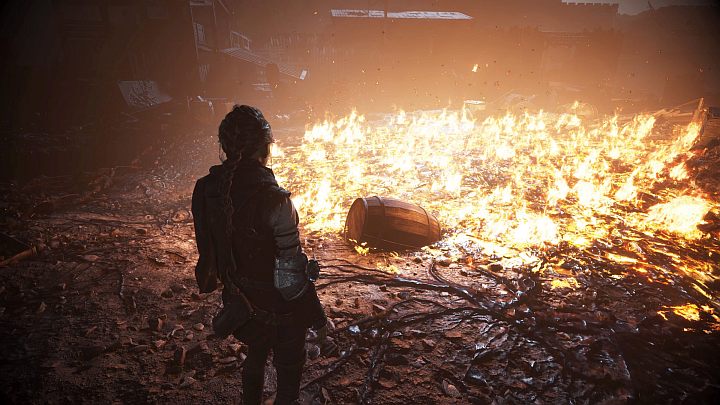 Plague Tale Requiem runs in 30 FPS on the PlayStation 5. Unfortunately, unlike Plague Tale Innocence, you can't play it in 60 FPS. There are no graphical modes, like performance or quality, to choose from either.

The game usually is able to maintain a stable framerate. You will experience slowdowns when there's a lot of fire on the screen (example pictured above). You may also encounter minor screen tearing in more complex locations. Still, the game's mediocre optimalisation shouldn't be a big deal. You shouldn't encounter slowdowns during dynamic scenes.