During your exploration of the La Cuna island in Chapter 9 - Tales and Revelations of Plague Tale: Requiem you'll come across a few windmills on a hill. They're tied to an optional puzzle described on this page of the guide. Our walkthrough explains how to start and stop the windmills, how to unlock the passageway in the smugglers' hideout as well as how to get the Bracer and other unique loot from the secret area.

Reaching the windmills in Chapter 9 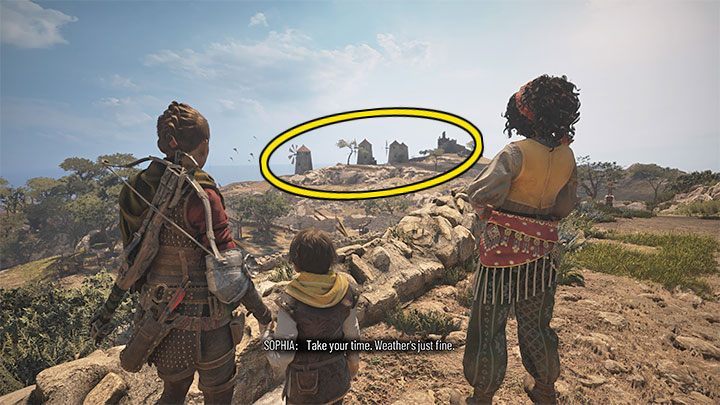 As a reminder, Chapter 9 lets you explore a large, half-open area - the island of La Cuna.

Aside from your main objectives there are some optional things you can do, one of them being solving a puzzle with four windmills.

You'll find the windmills up on a hill. After leaving the Count's estate you should be able to see them far away. There are several paths you may take to reach them.

Finding the smugglers' hideout by the windmills 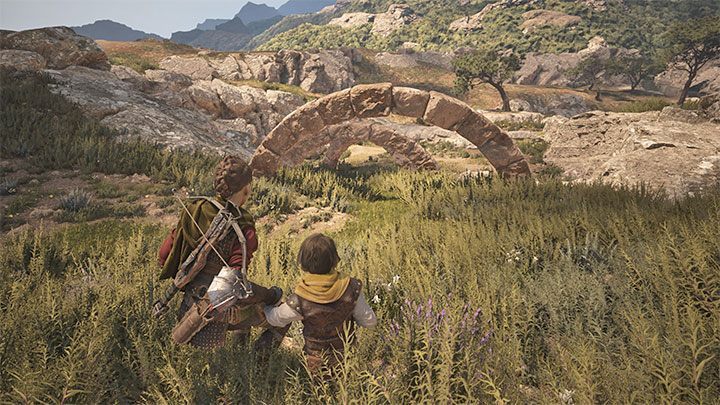 Once you reach the windmills, start by locating the smugglers' hideout closely tied to the puzzle. Behind the windmills there are stone arches you must walk through. 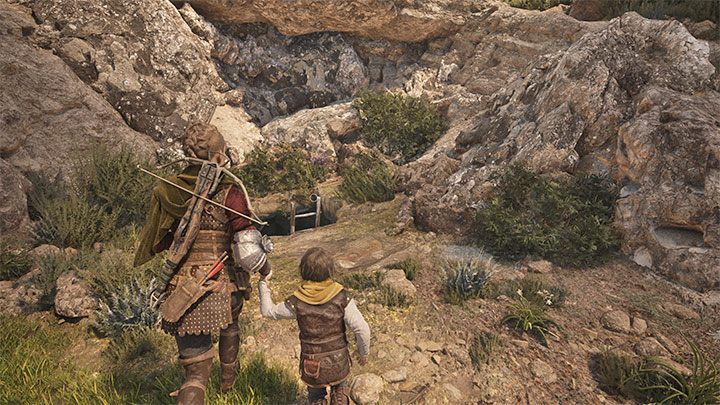 They'll lead you to a ladder leading underground. 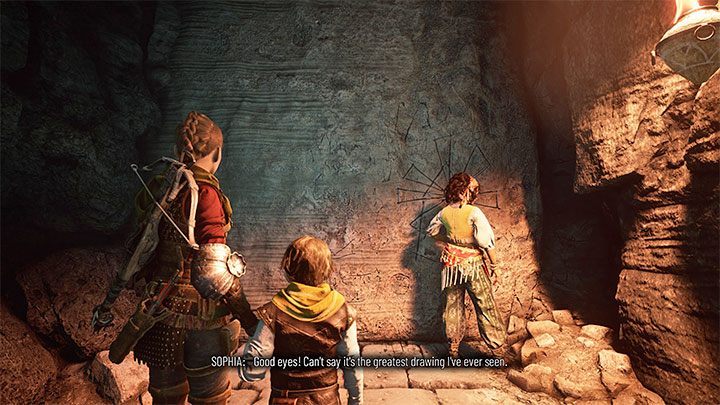 That's where you'll find a large closed passage. You must solve the puzzle to open it. 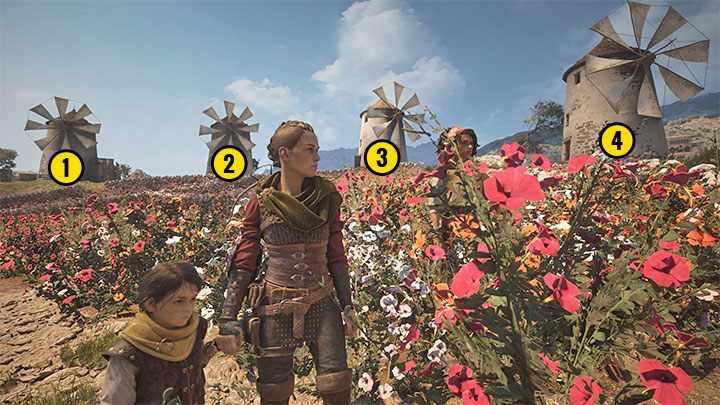 Your task is to set up the windmills in the correct way:

On the island you can find rocks with hints on how to set the windmills. Our walkthrough will focus only on the solution, which is always identical. 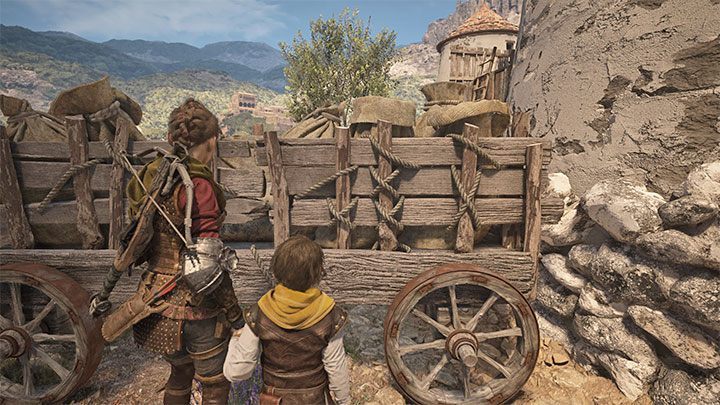 You must start up Windmill 1. It's locked, so you'll need to get inside in some other way. Find the cart pictured above and crawl underneath it. Then climb up the ladder. 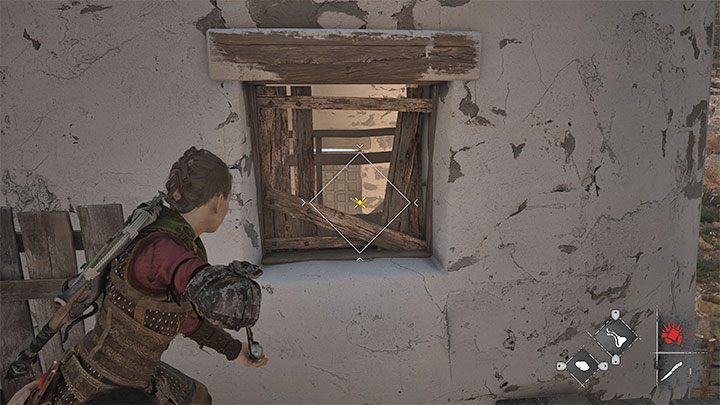 Stand next to the upper opening and shoot the hook on the door with your sling. The door is now open. 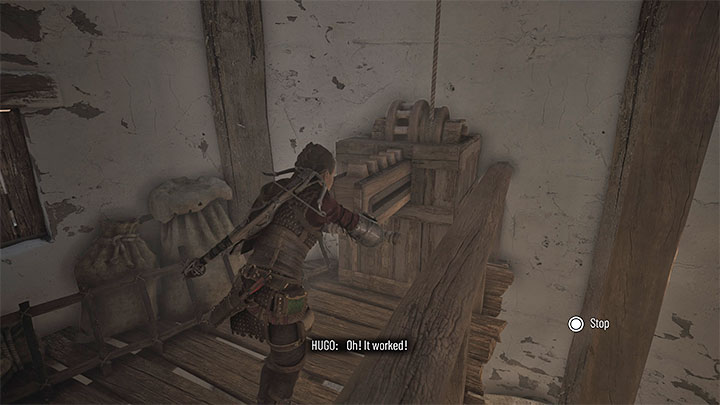 Approach the mechanism and pull it out to start the windmill. 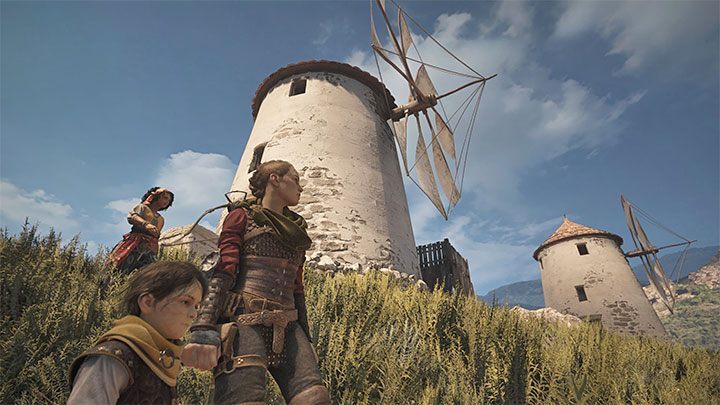 You can ignore Windmill 2, as it's active from the very beginning, just how it's supposed to be. 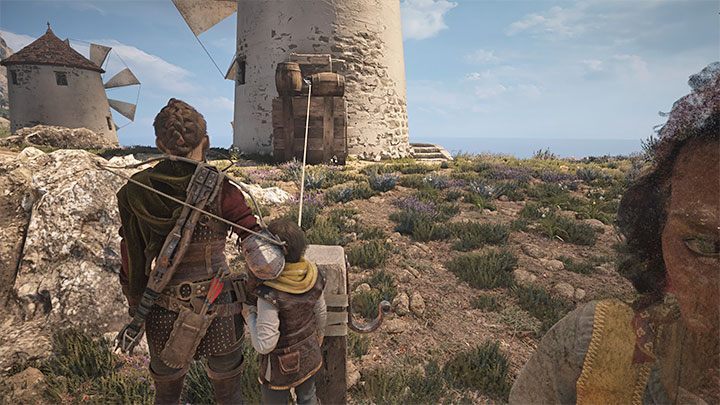 Windmill 3 must be stopped. Find an anchor point at the back of the windmill. Fire your crossbow at the hook. 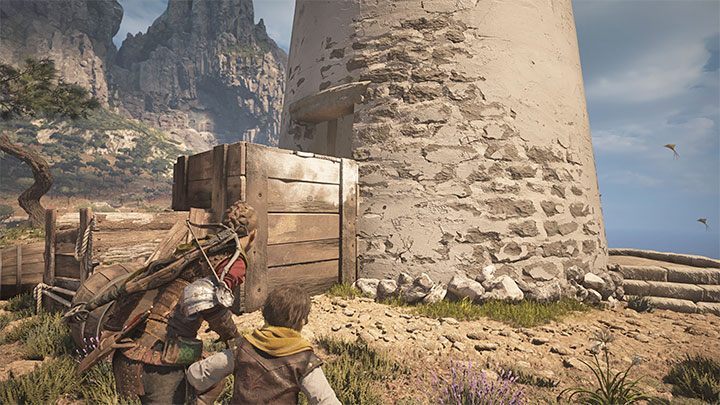 You'll destroy the barricade, unlocking the way inside. This time you must push the mechanism to stop the windmill. 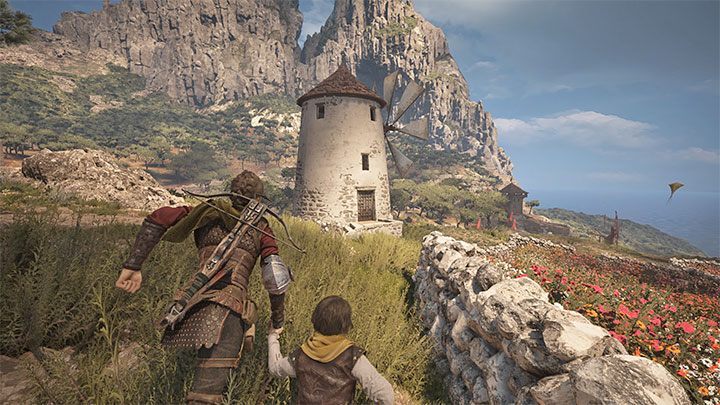 Windmill 4 must also be stopped. It's the only open one, so you don't need to solve any extra puzzles to access it. Push the mechanism.

Correctly setting up the windmills triggers a unique sound and the characters will let you know something has changed.

Investigating the smugglers' hideout and finding a unique Bracer 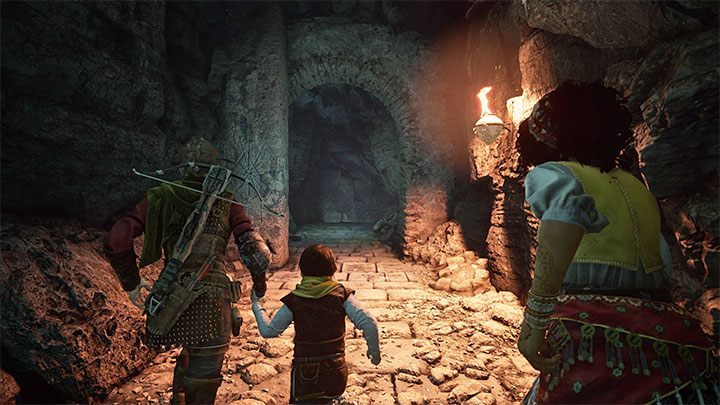 You can now return to the underground smugglers' hideout. This time the way forward is unlocked, letting you explore the secret area. 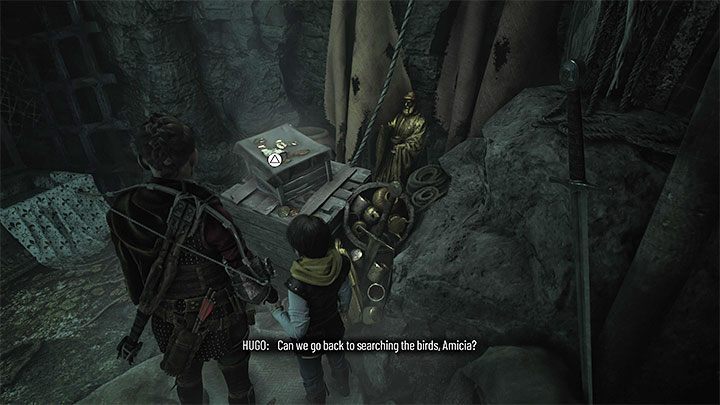 Reach the final room. There you will find: 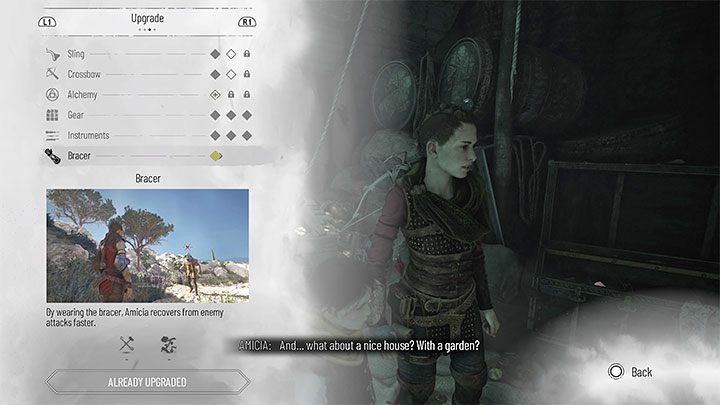 The Bracer is a very useful item and you can learn more about it from the gear upgrade menu. Wearing it grants Amicia faster recovery from enemy attacks. This makes the game's most challenging encounters much easier.