Our walkthrough of Plague Tale: Requiem's Chapter 11 - The Cradle of Centuries explains how to reach the ruins at the center of La Cuna island. We explain how to use Sophia's prism, how to get rid of the blockade, how to push the cart and find an entrance to the underground.

Reach the ruins at the center of the island 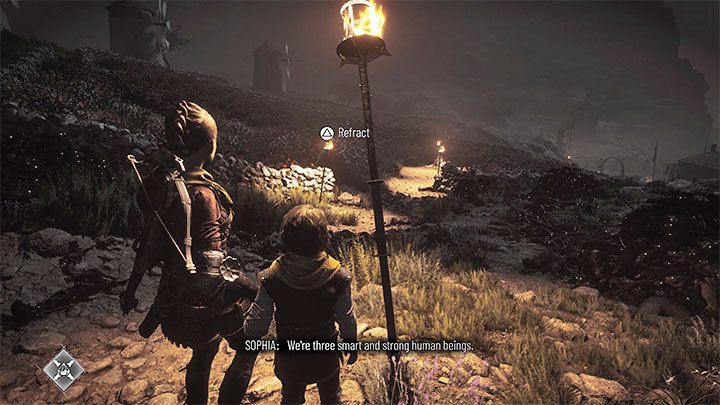 You start this chapter on the main area of the island once again. Watch out, as it's nighttime and the place is swarming with rats.

During the trip you'll have to make use of Sophia's prism - as a reminder, first command her to use it (L1/LB on the controller) and point where to refract the light. In the example pictured above, it's one of the torches. This technique can save you some gadgets Amicia usually uses to chase away rats. 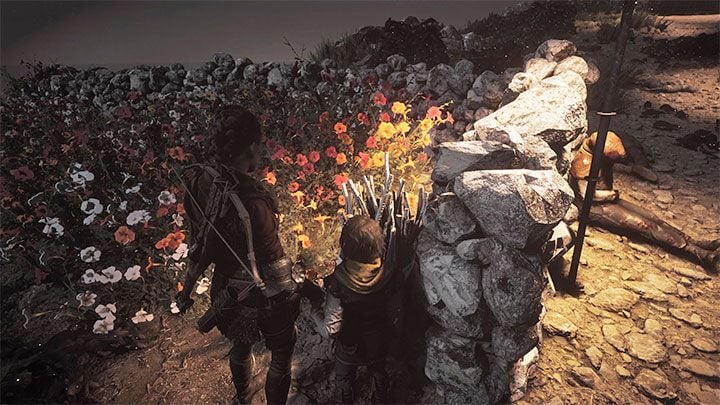 Shoot an Ignifier at the distant extinguished torch. Don't use the prism, it's too far away. Instead you should find some sticks. Set one of them on fire and use it to reach the next torch. 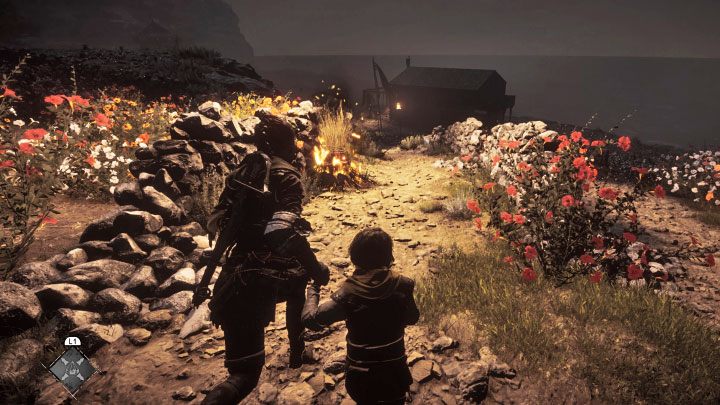 In the next area set fire to the hay and run past before it stops burning.

Don't try to rescue the civilians attacked by the rats. You can't help them. Head right instead, using the prism to reach subsequent light sources. 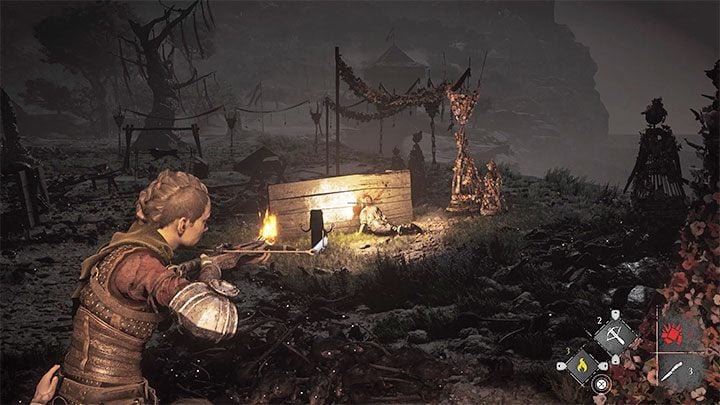 You'll eventually reach a cart. You can't move it, as it's blocked by a wooden beam you must get rid of.

Find a bolt in the area and shoot an incendiary bolt at a nearby desk pictured above. 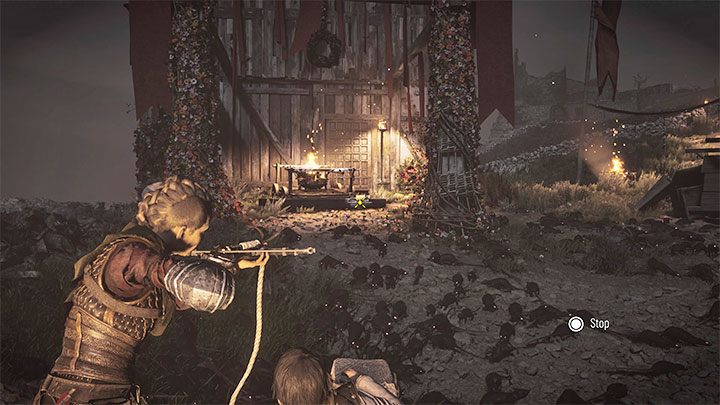 Ask Sophia to use the prism and reach the flaming bolt stabbed into the board (it's right on the border of the prism's range).

Interact with the anchor point. You must aim your crossbow at the beam holding down the cart. 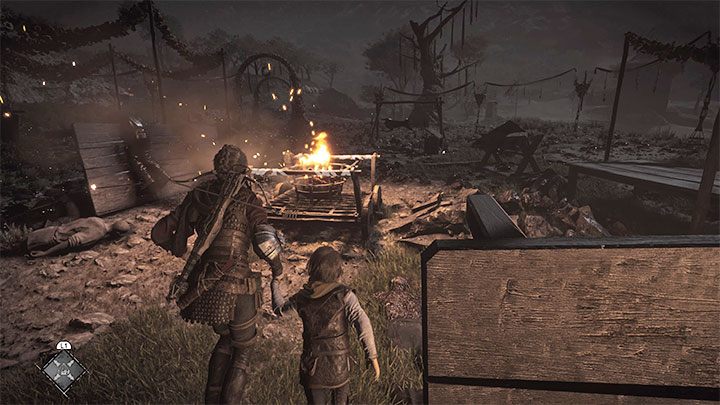 The cart will start moving - follow it and stay in its light radius. Once it stops, you can start pushing it. Do so until it stops for good. 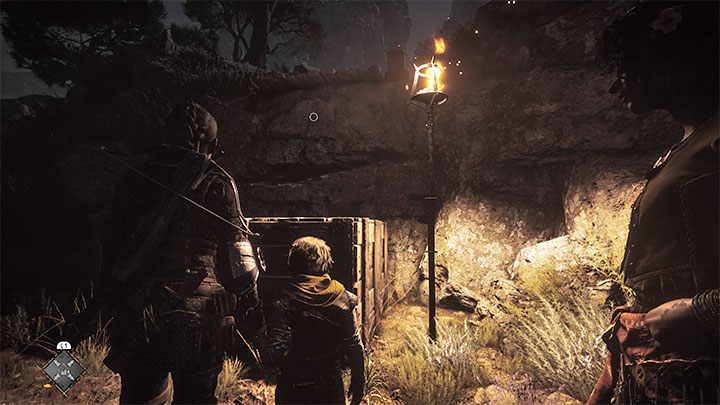 Use an Ignifier on the haystack and rush to the next area. A little farther away you can ignite a torch and use Sophia's prism.

In the place pictured above you can climb up to higher ledges, bringing you back to the ruins explored in Chapter 9.

Find a way inside the ruins 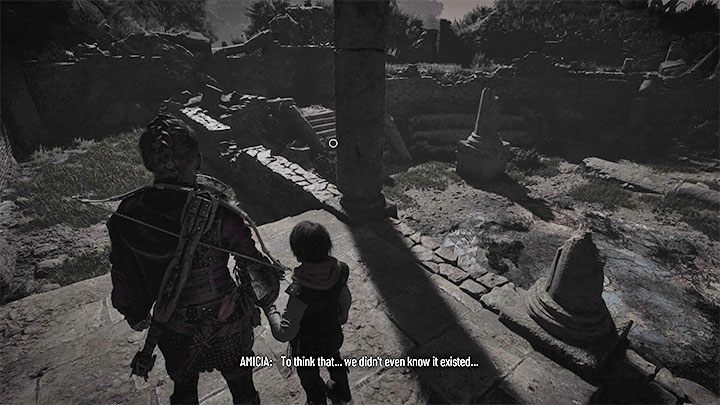 This is a very simple objective - one of the pillars is interactive (pictured above) and can be pushed over. It'll crash into the ground and reveal an entrance to the underground you'll head through.