The second part of Chapter 10 - Bloodline of Plague Tale: Requiem takes place inside the bandits' fort. Our walkthrough explains how to avoid rats in the fort, how to use the prism to create light sources, how to make your way through the courtyards and how to survive the mass bandit assault. 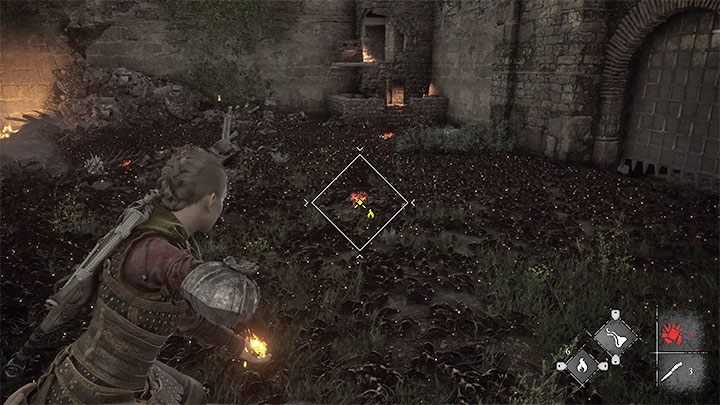 You'll end up inside the fort, surrounded by rats, soon having to look out for mercenaries as well.

Don't jump off the wagon right away - the rats will devour you. Use an Ignifier on a nearby bonfire instead. 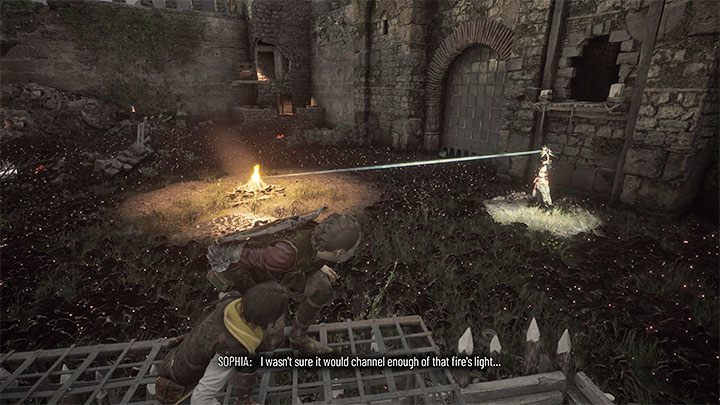 Sophia will appear, who can now use her prism on light sources to reach safe, illuminated circles. The first such action is automatic, but later on you can command Sophia on which light sources should she reflect the rays of with her prism.

Go to the lit bonfire with Sophia. 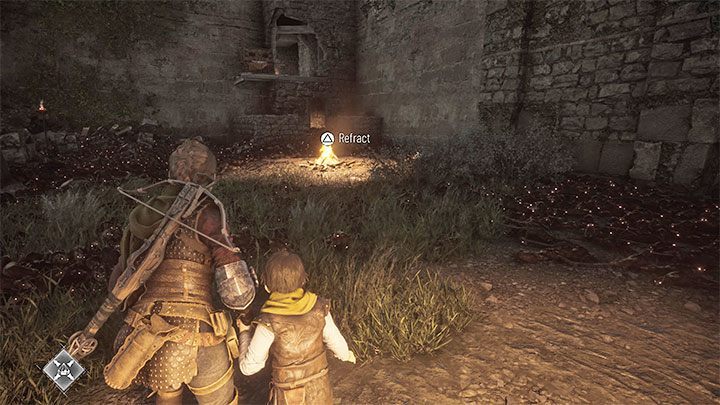 Light another bonfire with an Ignifier and use Refract with the prism for the first time. Remember the prism's range is limited. Sophia will alert you if you move too far from the current light source. Stop moving further if she does so - moving too far away will get you devoured.

Reach the nearby ruins, in which you'll find some items and a locked workbench with a ton of loot (though you need to sacrifice a knife to open it). 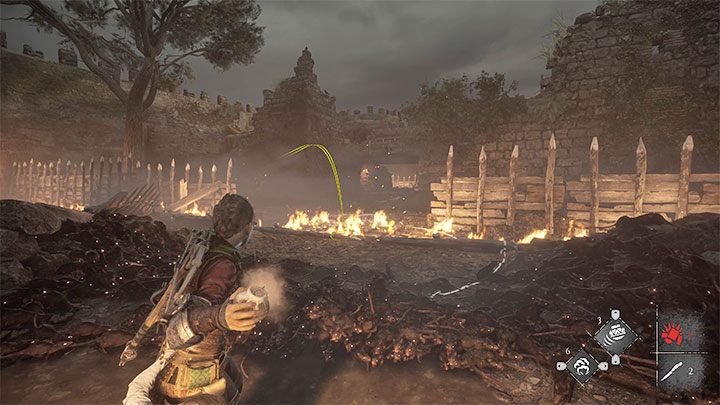 Return to the main courtyard and use Ignifiers to create light sources you can reach with the prism.

The passageway to the next area is blocked by flames - use an Exstinguis to put them out. There are sticks lying around here - set one of them on fire and use it to proceed deeper into the fort. 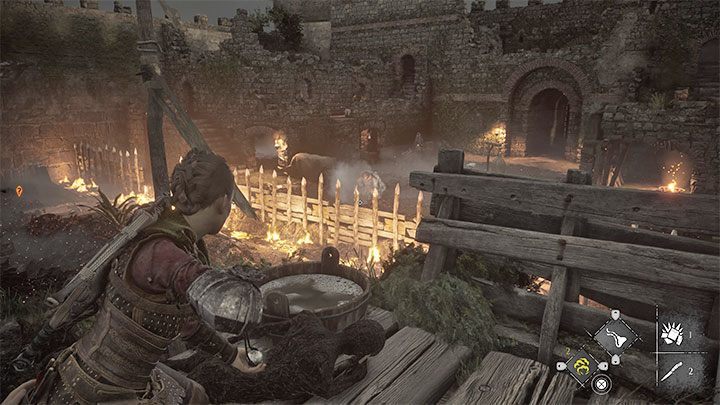 Aside from rats you must now watch out for mercenaries as well. You can use the usual techniques to dispose of the enemies, but remember a very useful one - extinguishing an enemy's torch while they're in a swarm will get them devoured.

You'll again encounter a flame barrier you can put out with an Extinguis. Ask Sophia to refract the light with her prism and make your way to the other side. 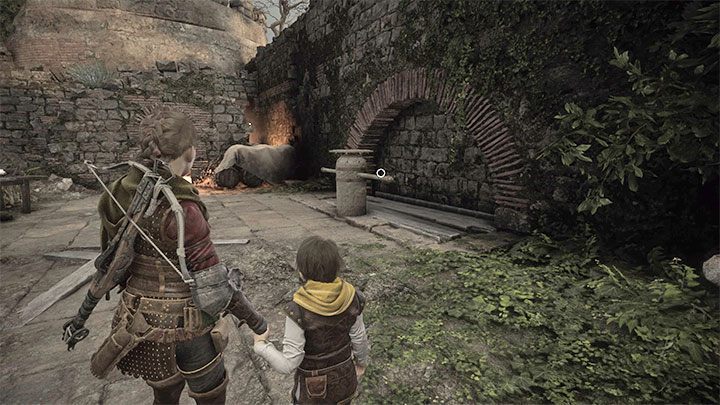 Keep an eye out for more enemies and look for opportunities to put out their torches. Use the prism frequently, as you can get easily surrounded by rats, especially in the lower rooms.

Your destination is the gate raising mechanism pictured above. It's on a higher floor and can be reached by passing through the left or right part of the fort. 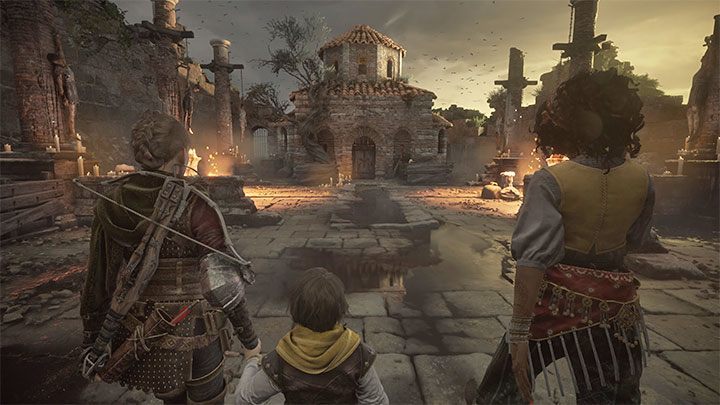 You'll raise the gate and spawn more enemies, so take your time instead of rushing there. Once again, exstinguishing torches is very useful.

Use Ignifiers and the prism to reach the lower passage unlocked by raising the gate. You'll reach a chapel area - head straight ahead to go inside. 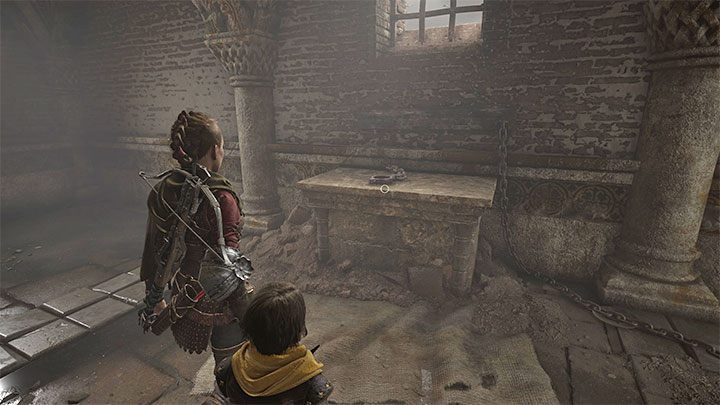 Examine the fresco by the altar and go down. Approach the chain pictured above to trigger a cutscene.

Go to the chapel exit. Milo will appear higher up, but he'll be dealt with in a cutscene without a fight. 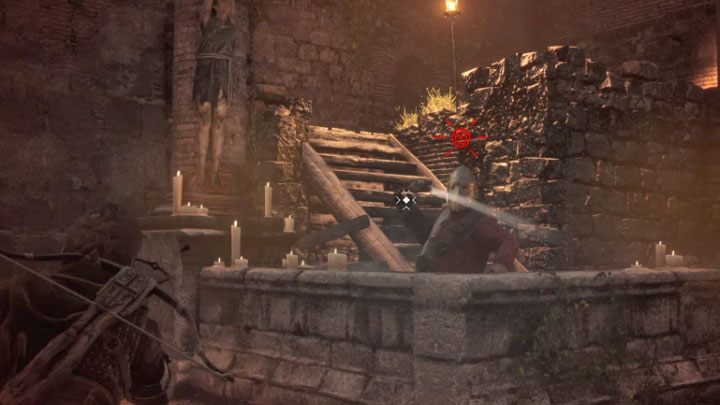 It's time for the chapter's main set piece - push back the bandit assault.

The enemies throwing explosives are the biggest threat, as they can set the area on fire and make it more difficult to move or use cover. You can use the sling to snipe the projectiles out of their hands. A successful hit will set the enemy aflame. 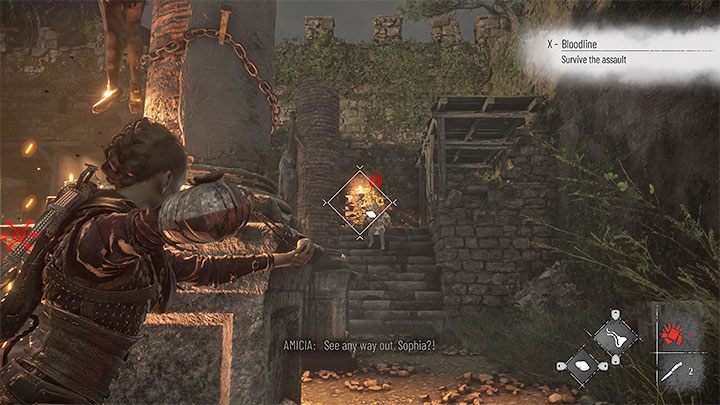 Quickly eliminate enemies without helmets with your slingshot - these include archers and spearmen. 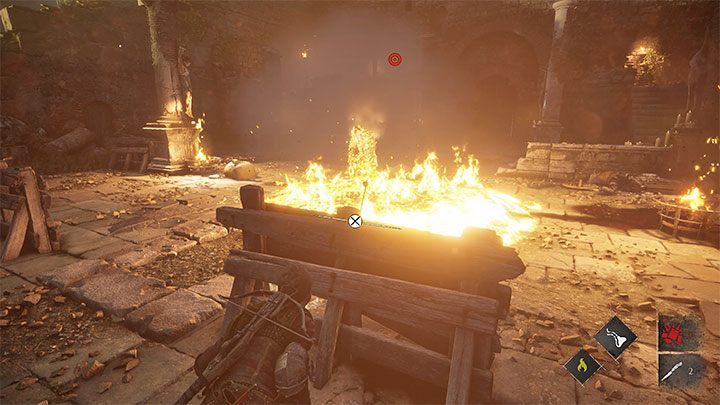 Use your crossbow or tar and Ignifiers against armored foes - tar will stop them in their tracks and Ignifiers will burn them. You can burn more than a single enemy at a time if you're lucky. 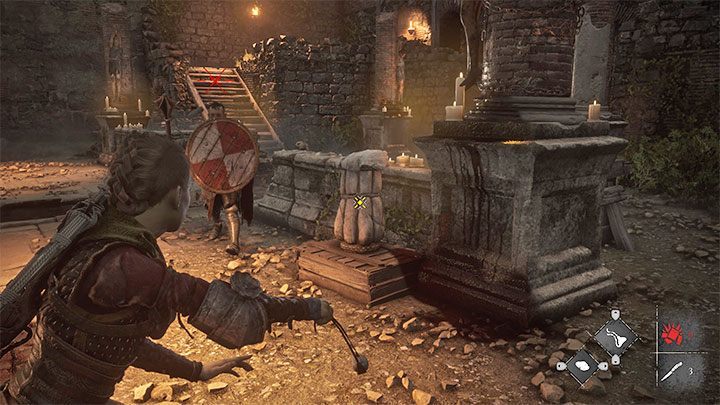 Shield-wielding foes can be problematic. Aim at the bags found in the area to temporarily blind them. This will let you eliminate them from behind with your sling or in melee. 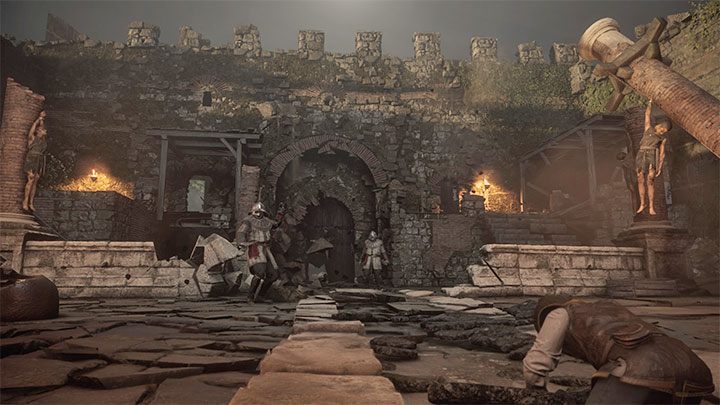 Hide behind cover if injured, but watch out for enemies who'll try to approach you. Quickly grab some nearby loot if you're running low on supplies.

Keep defending yourself until Hugo uses his powers to deal with the attackers. After some cutscenes you'll complete Chapter 10.