During the initial stage of Chapter 9 (Tales and Revelations) of Plague Tale: Requiem, you'll be given a task to explore the island of La Cuna. Our walkthrough shows where to find bird statues on the island, how to reach the ruins and get the map hidden in them, as well as where to find the path to Las Madres sanctuary. 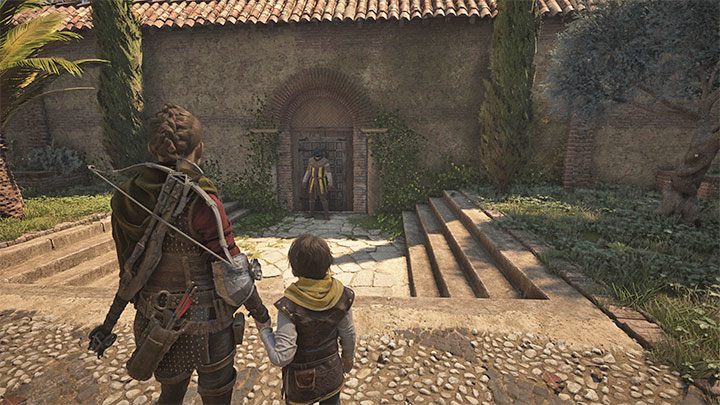 You start in the estate grounds. There aren't any loot or collectibles here, and you can go straight to lower levels. Make your way to the exit, which is guarded by a soldier (screenshot above).

You'll enter a semi-open area encompassing the island, and meet Sophia, who will accompany you during the exploring.

This page of the guide is dedicated to mandatory actions which you need to perform while in the open area. Optional activities and collectibles are described in a separate chapter (Secrets and Collectibles) 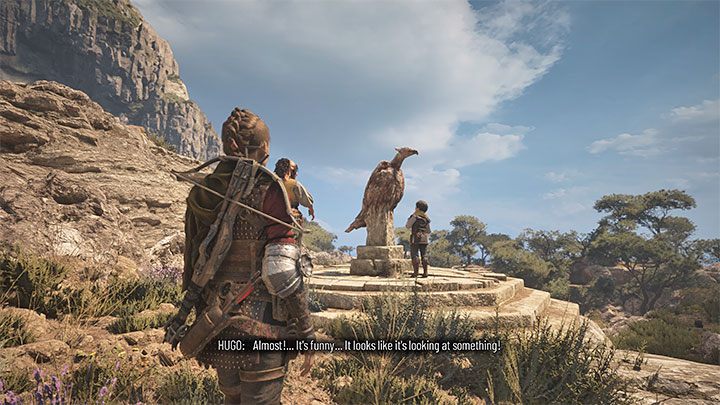 Take the twisting path leading downward. You will soon reach the first statue of a bird - follow them to stay on the correct path. Always set out in the direction the statue in question is facing. 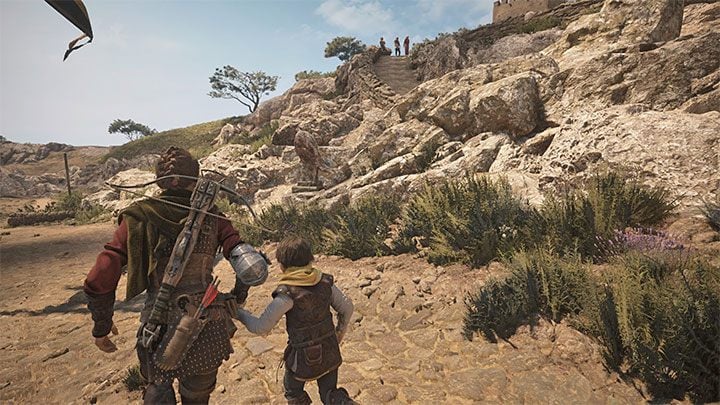 The second statue is by the path that runs beside the farm. 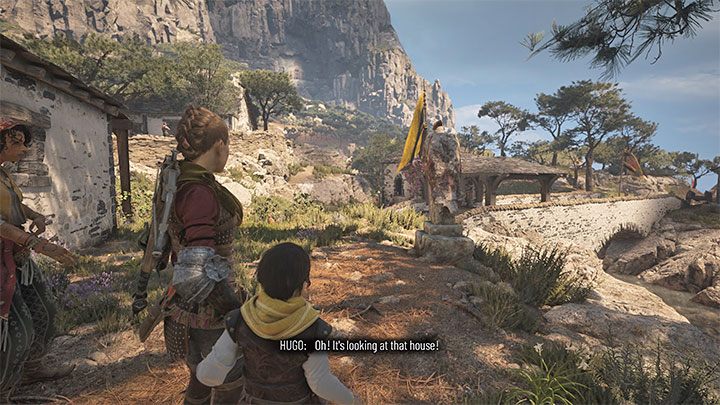 The third statue is near the bridge and faces the house. 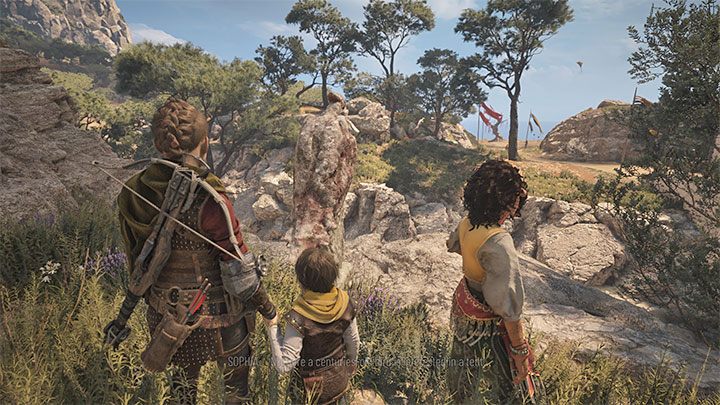 The fourth statue is by the rocks and faces the red flags. 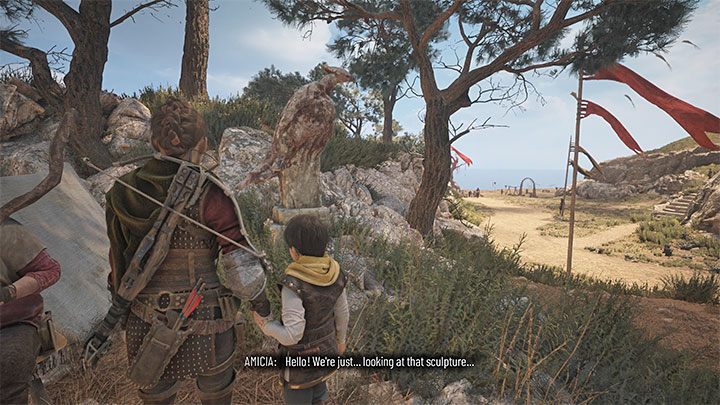 The fifth statue is next to the aforementioned flags. Its front side faces the hill. 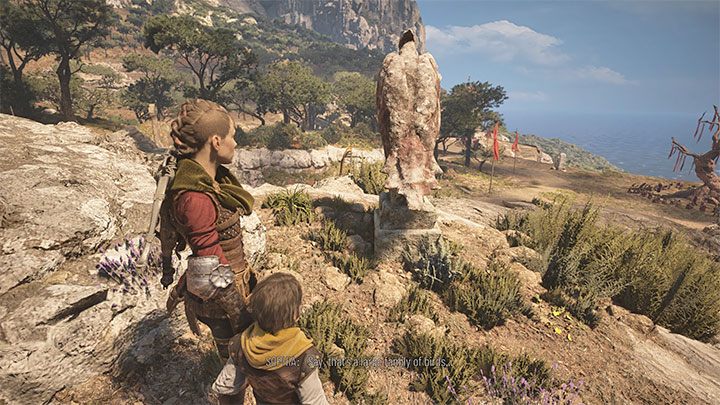 The sixth statue is on a hill and faces the trees. 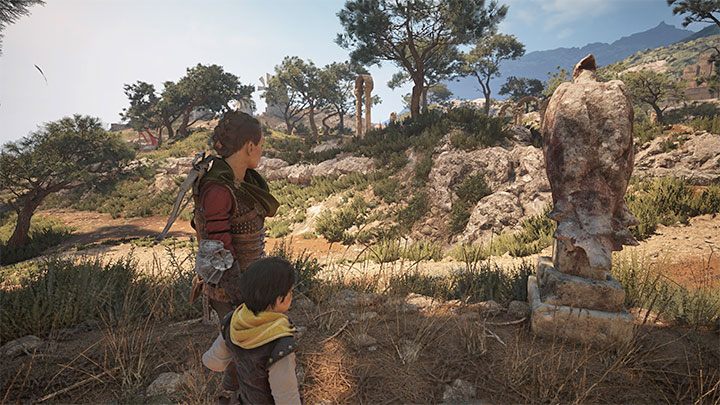 The seventh statue is next to one of the trees and faces the ruins. 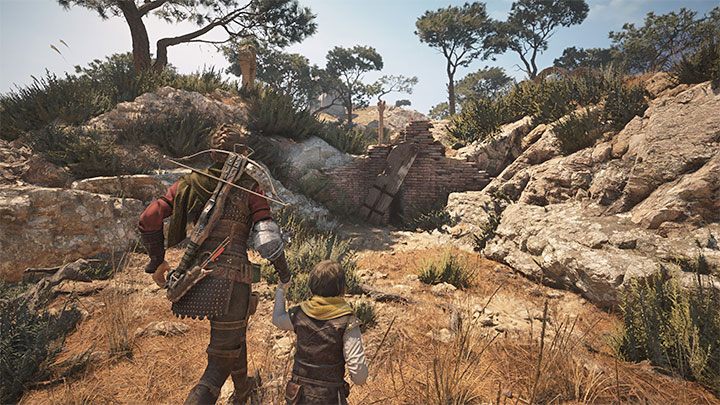 The destination are ruins in the central part of the island. The entrance to them is shown in the attached picture - you must move the obstacle and squeeze between the rocks.

Find out what the ruins are hiding 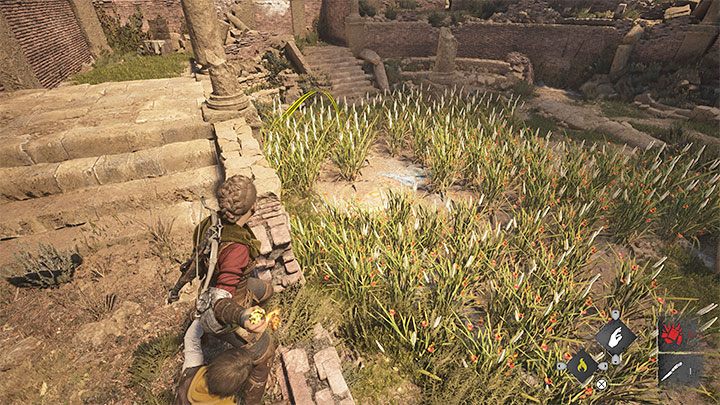 In the ruins of the ancient theater you will notice symbols painted on the ground. You need to reveal them fully - use Ignifer to set the grass on fire and wait for the flames to die down. A cut-scene will begin which analyzes the find, which is a map of the island. 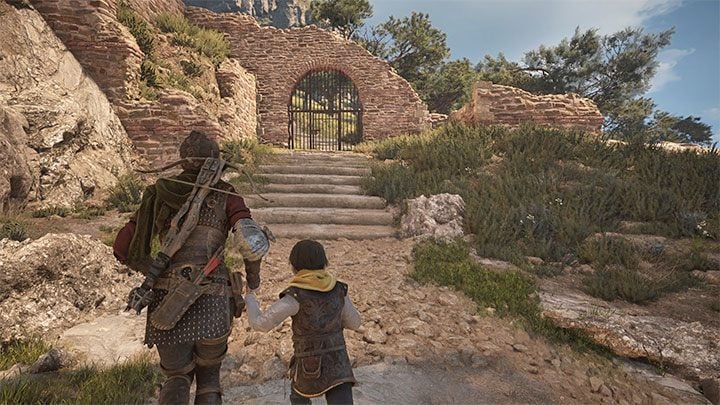 Your new destination is a sanctuary in the mountains. Start by climbing to a higher ledge.

Take the path that leads toward the mountains. Once you reach the gate, you need to confirm your desire to leave the open area. From that moment, the path is linear again. 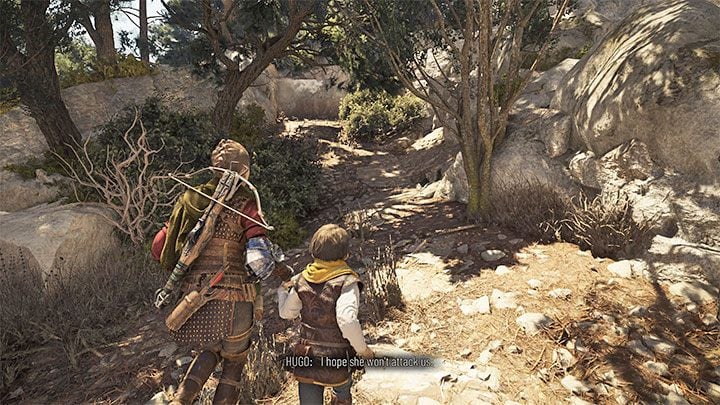 Follow the mountain path. You will reach a locked gate, at which there are goats - you must go left and use an alternative passage. 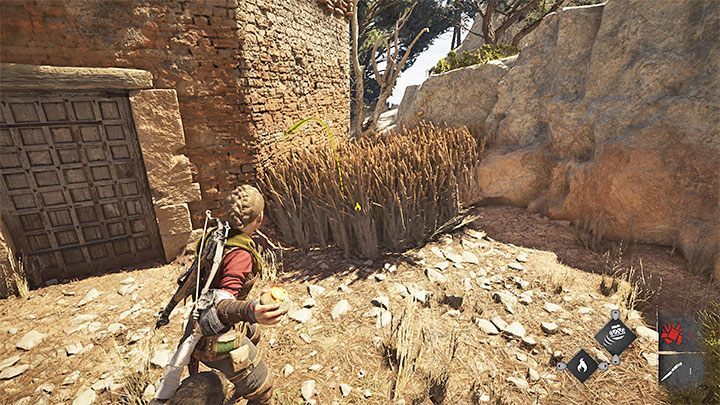 Climb to the top shelf. You will find small ruins and you can rescue a goat in them (requested by the shepherd).

For this you need to apply Ignifer to tall grass next to the ruins (above image) - Hugo will be able to squeeze through the new opening and open the gate for Amicia. This unlocks a secret (Souvenir - Tramontane) There is also a secret chest here.