In this part of Chapter 7 (Felons) of Plague Tale: Requiem, your task is to reach Sophia's boat which is anchored in the fishing village. Our guide shows how to reach the village, how to avoid dangers there and how to solve the puzzle involving the boat. 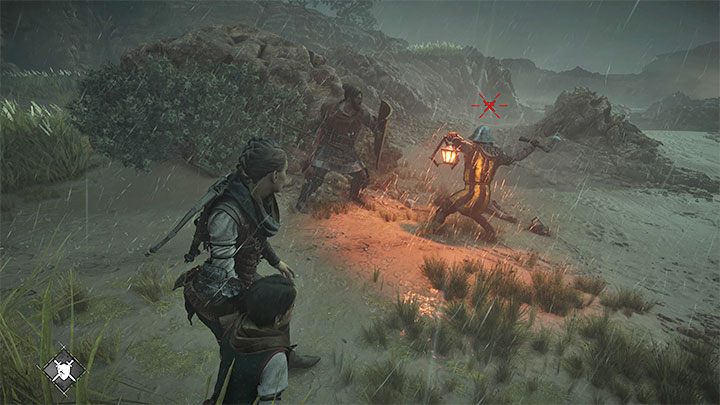 Your destination is the fishing village visible in the distance, where Sophia's ship is to be found.

Along the way, you can once again and should use Arnaud's help. You can order him to attack an enemy (command menu - L1 / LB), but make sure he doesn't attack more than one opponent at a time, or he may lose the fight. 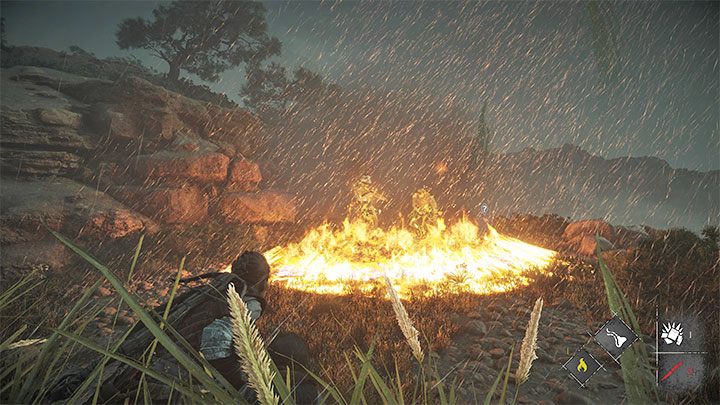 You can also engage opponents on your own - by now, your moveset has several ways of defeating them, e.g. the crossbow, or mixing tar with Ignifer. For unarmored opponents, you can use the slingshot.

If you prefer staying undetected, hide in tall grass and distract opponents. 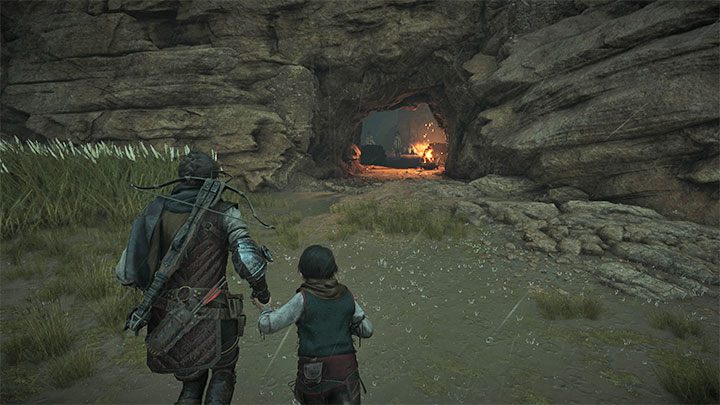 There are two paths to choose from - left and right:

1) The left path leads through caves (the entrance to them is shown in the screenshot above) - sneaking through here is difficult, but you should be able to easily dispose of opponents. The placement of some of them favor surprise attacks. 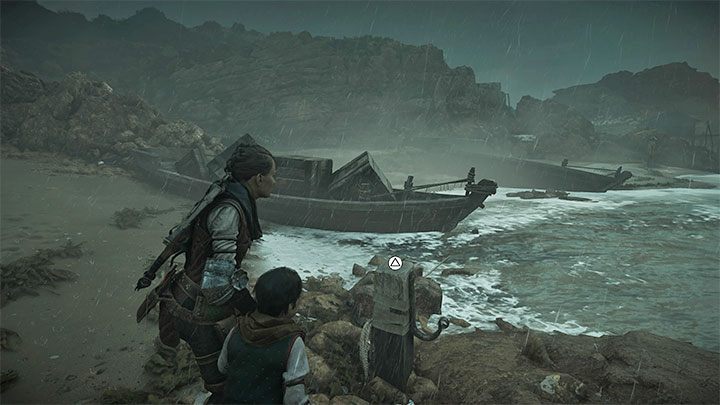 2) The right path leads through the beach - there are more hiding places here, but watch out for rats in the area. Along the way, you'll need to use an Anchor Point to move the boat (screenshot above). 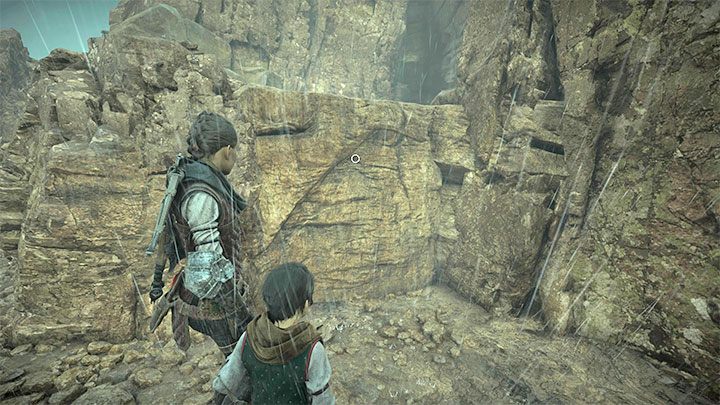 Both paths lead to a new narrow passage - you can use it to continue the trek.

Before you go any further climb the shelf on the left (screenshot above) Once you're up, squeeze through a small opening and explore the dark cave to find a secret, a Souvenir (The First Men). 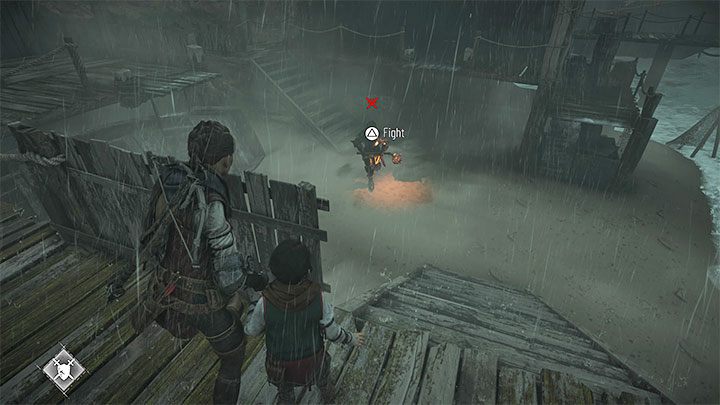 Once you're back to the main path, follow it to reach the fishing village. There are enemies in the vicinity - sneak past them, perform surprise attacks, or send Arnaud. Alternatively, you can use Hugo's powers and take control of the rats.

It is safer to walk along the upper footbridges that surround the next huts. There are many rats on the beach level and you may get devoured easily. Further into the village, you'll encounter a heavily armored soldier. Either aim for the weak spot on his back, or send Arnaud to dispose of him. 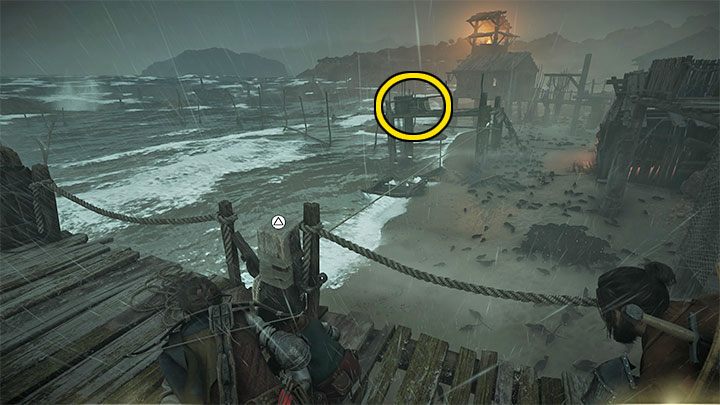 Before leaving the village behind, there is an opportunity to collect the contents of the secret chest. To get access to it, you need to look for an Anchor Point (screenshot). The wooden structure will collapse, but there are rats between you and the chest - use Ignifer pots or Ordoris. 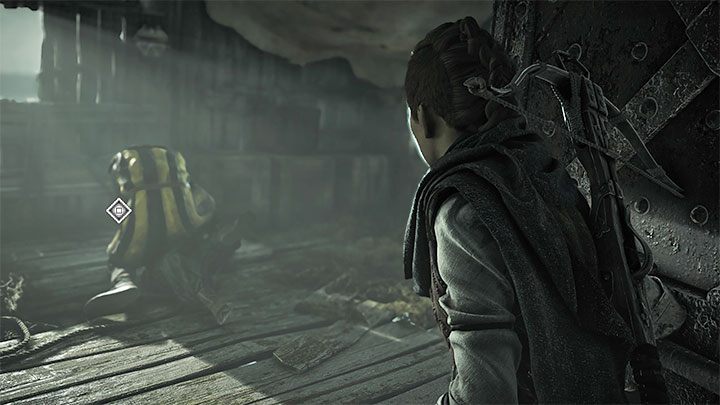 There is only one possible path ahead - the door of the upper hut near the area where you faced the armored soldier.

Inside the hut, you'll have to take part in a QTE scene where you need to press the correct button twice. Additionally, there is a workbench in the hut.

The final part of this chapter is a puzzle of sorts - you need to complete certain actions so that Sophia's boat can depart and set sail for the island. 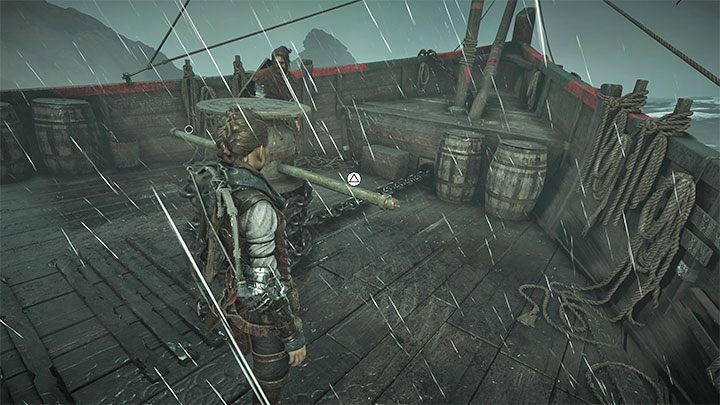 Start by using the crank on the main deck. Attempting to raise the anchor will end in failure, because a hanging chain got in the way. 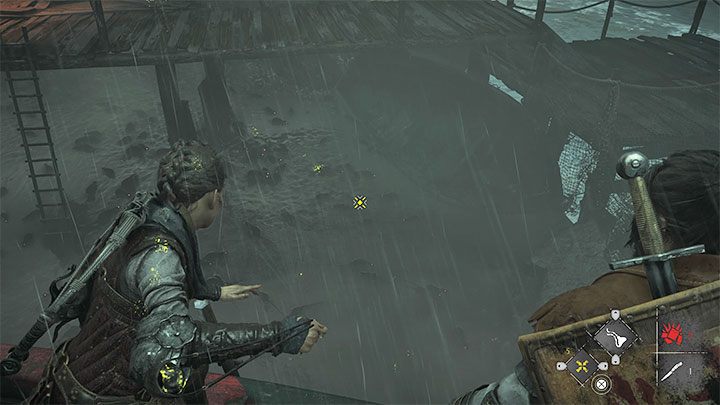 Approach the edge of the boat. There is a swarm of rats downstairs. Use Odoris to distract the rats. Quickly jump down and run to the ladder, which will allow you to reach the wooden balconies adjacent to the moored boat. 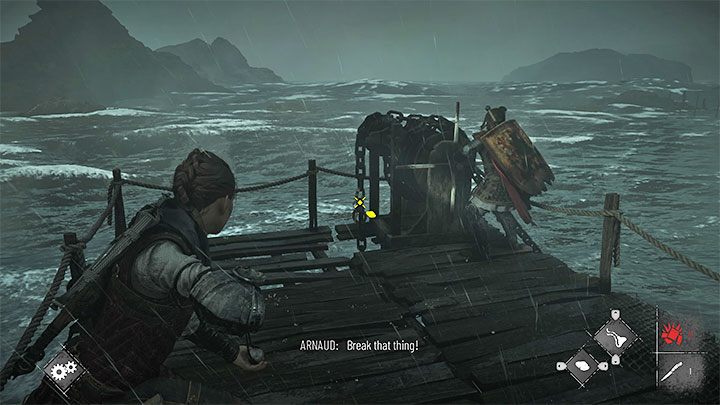 Turn to the right and ask Arnaud to use the new crank. Stay there and wait until ahook becomes visible - use the slingshot on it, so that the chain is broken. 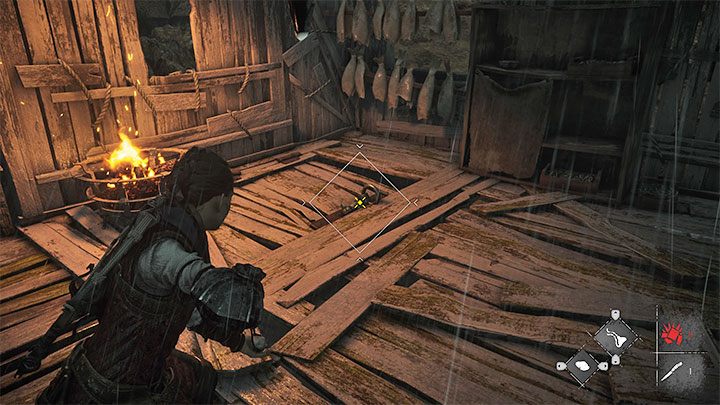 You can now return to the ship. While you're at it, investigate the nearby shack. You must:

You can now safely jump down, reach Sophia's ship and once again use the crank to raise the anchor. This time you'll be successful. 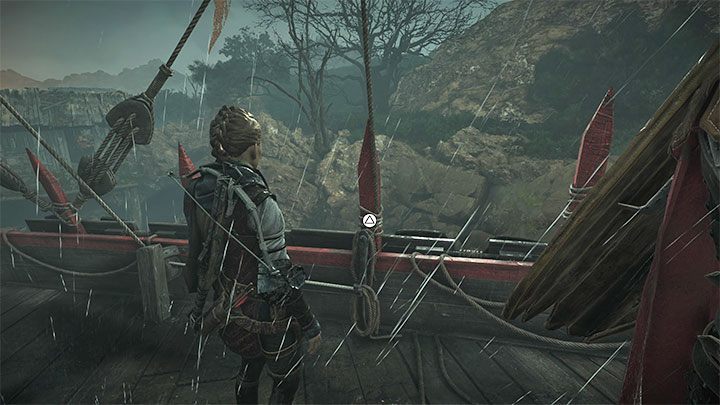 The next task is to raise the sail. To do this, reach the strings connected to the sail. The operation will be partially successful - the sail hasn't been fully unfolded. 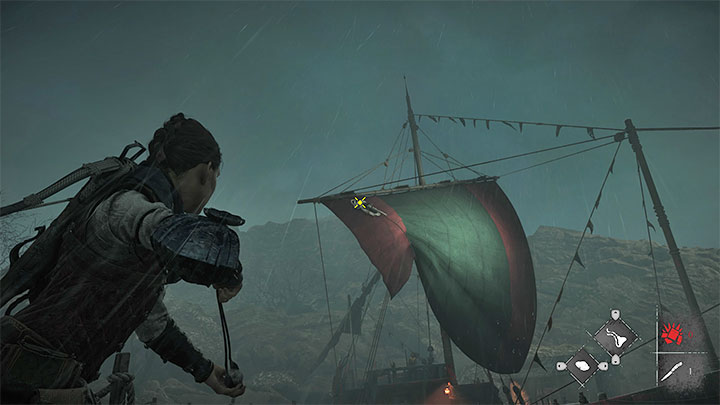 Go to the jetty on the right, which means going back in the direction of the fishing village. Position yourself at the spot in the screenshot and aim the slingshot at the sail. Finally, the sail has been unfolded. A cut-scene will begin, depicting the conclusion to Chapter 7.