A single Hugo's Herbarium specimen and a Souvenir are two collectable secrets in Chapter 10 (Bloodline) of Plague Tale: Requiem. Our guide will show you how and where to find them. Getting both of the secrets will allow you to finish Chapter 10 in 100%.

This time you're off easy - in Chapter 10 of Plague Tale: Requiem, there are only 2 secrets to find. These are:

We've described how to find them below. They are discussed in the order in which they are found. 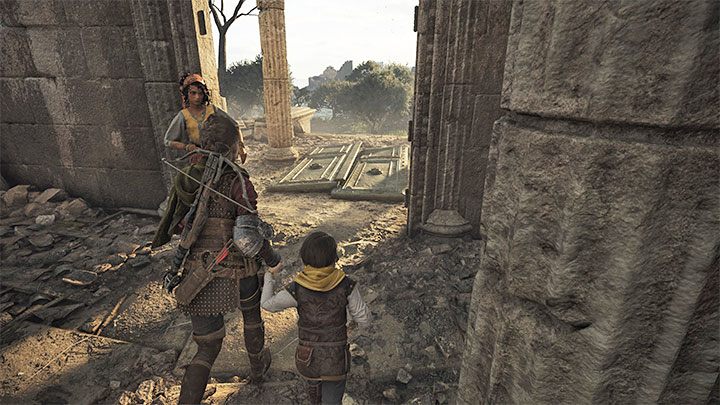 The collectible is found along the way to the fort, specifically right after completing the scene where you force the door open with a chandelier (screenshot above) 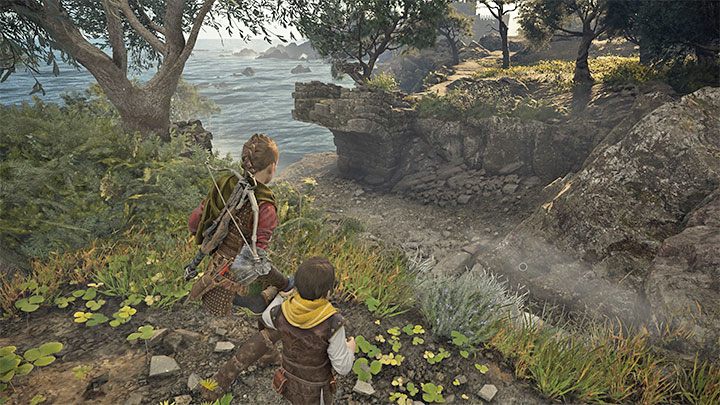 Once you are behind the door, check out the lower left path by the water - make a detour and follow it. 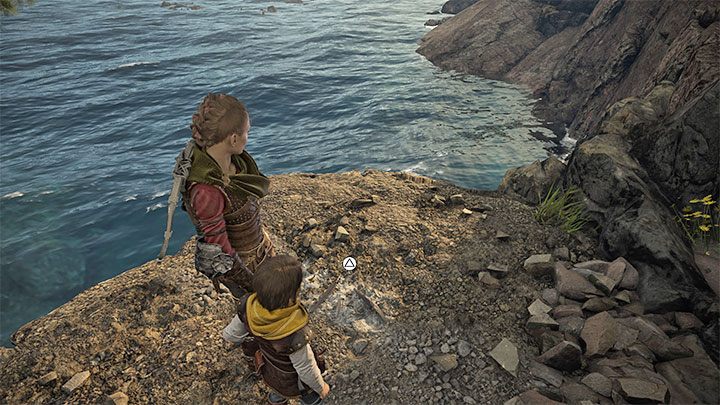 The specimen is at the end of this path - interact to collect it. 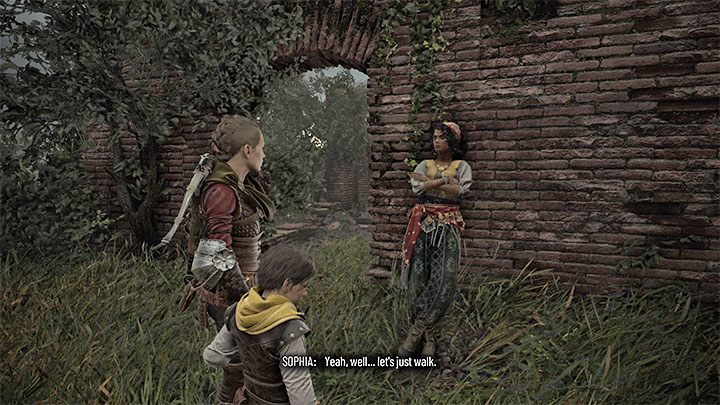 You need to reach the ruins where Sophia is standing leaning against the wall - this is shown in the screenshot above. This takes place shortly after Hugo uses his powers. 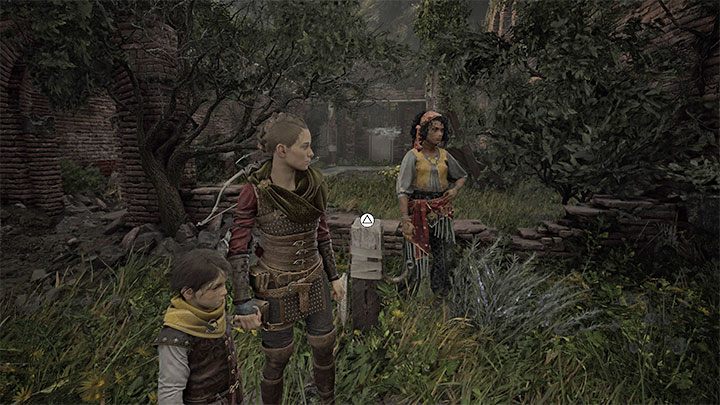 After the interaction, equip your crossbow and

aim it at the hook visible in the distance. A portion of the wall will be demolished and a new path will be unlocked. Head there and climb to a higher shelf. 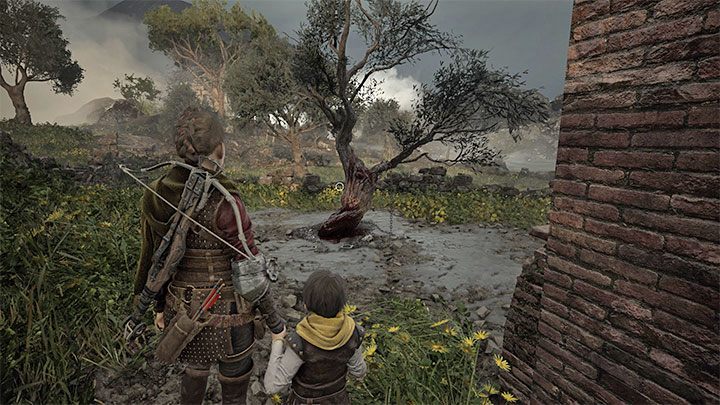 You'll reach a tree with a doll near it. The secret will be added to your collection once the conversation concludes.