This page of our walkthrough covers the second part of Chapter 5 (In Our Wake) in Plague Tale: Requiem. We explain how to battle the bandits while traveling by the boat and after unlocking a crossbow as well as how to run from Arnaud and return to the boat.

Get rid of the bandits 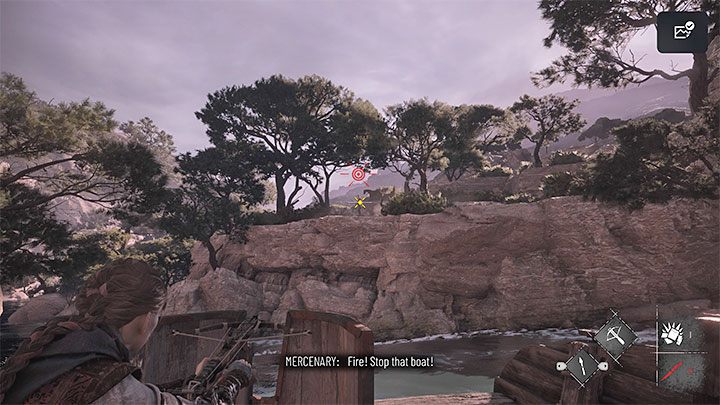 After Amicia and Lucas return to the boat, you'll continue going down the river. Along the way you must eliminate the bandits appearing by the shore. Stay mostly behind cover, but from time to time expose yourself to fire singular bolts at the enemies. If you get hit, wait behind cover for Amicia's health to regenerate. 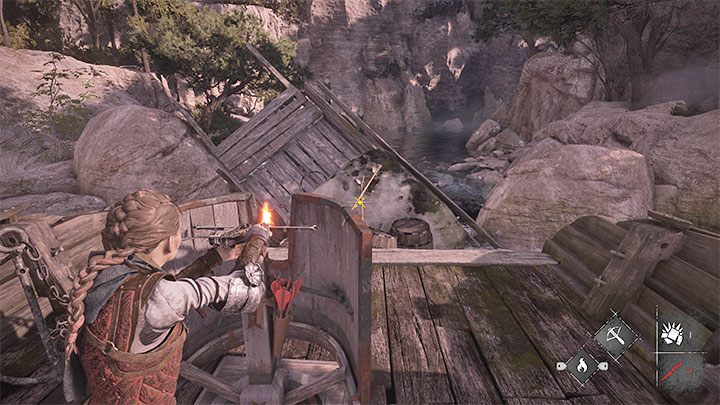 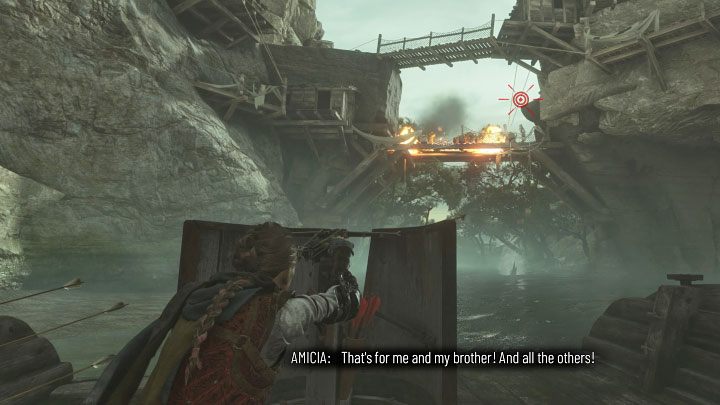 The incendiary bolts will keep being really useful for the remainder of this section. You can use them to ignite flammable objects next to enemies and dispose of entire groups without needing to target individual bandits. 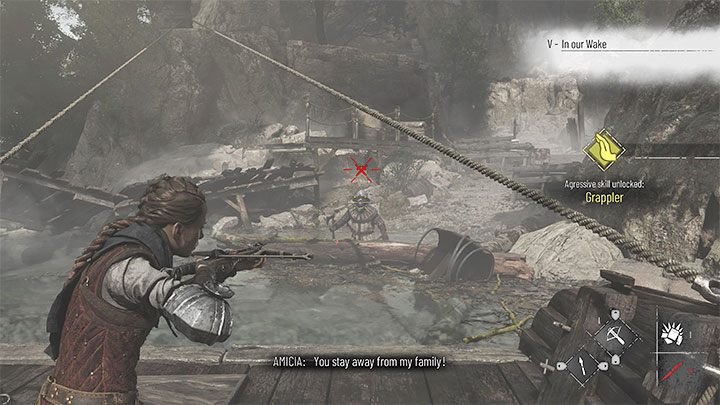 You'll eventually take the crossbow with you. Use it to kill the enemies on the shore. The ammo is no longer unlimited, so you must start collecting colts. You can increase the ammo cap later by buying upgrades.

Kill armored enemies with the crossbow and unarmored ones with the slingshot to save valuable bolts. Remember to take cover in order to avoid their projectiles. Reach the hill and climb up. 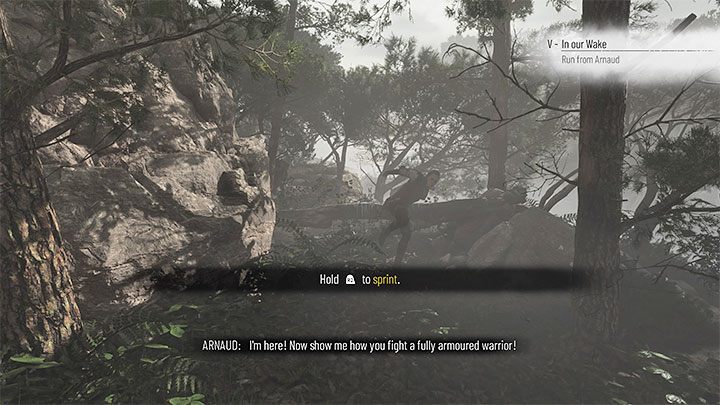 While trying to free the boat you'll be interrupted by an elite enemy - Arnaud, who you must run away from.

The escape route is scripted and linear, but you'll need to avoid obstacles on the way. Hold down the sprint button (R2/RT on the controller) at all times. At a certain point you'll have to turn around by nearly 180 degrees and head up. 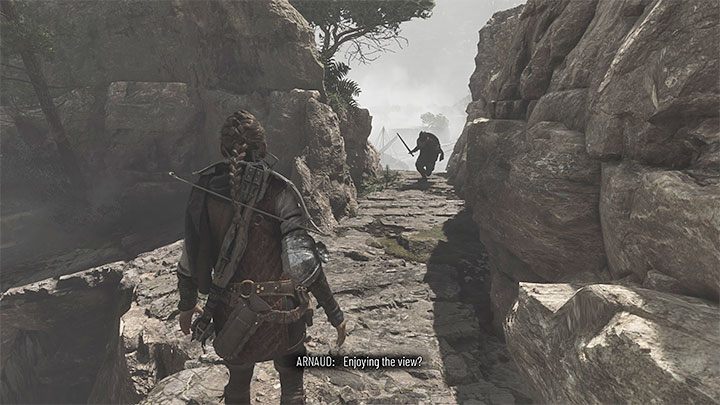 You'll briefly lose Arnaud, but he'll soon reappear again. Go down the path on the left and start running away again. Eventually Amicia will slide down, losing Arnaud for good.

Reach the boat before Arnaud 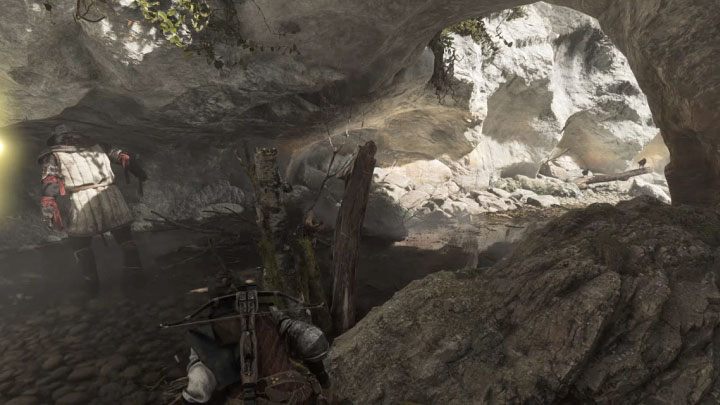 Despite what the objective says, you can take your time. Start traversing the cave. When you reach the fork in the road go down the right path and start sneaking past the bandits who've appeared nearby.

Wait for the first bandit to go left and sneak past the second one who's standing in place. 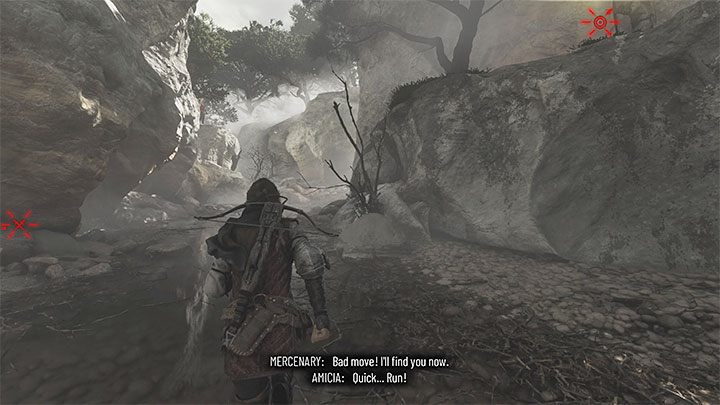 Eventually Amicia will startle a few birds and alert the bandits - this is scripted and unavoidable.