The next section of Chapter 4 (Protector's Duty) of Plague Tale: Requiem involves reaching Joseph's boat. Our walkthrough shows how to cross the bonfire section and how to use tar to set enemies on fire. We also describe how to escape a huge rat swarm in the final stage of the chapter.

Get to Joseph at the pontoon 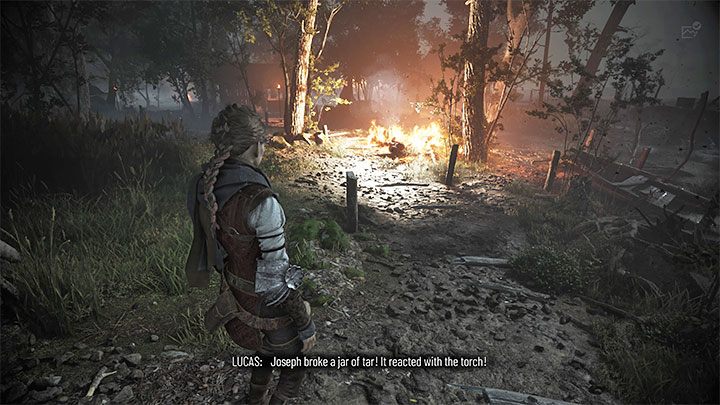 You've met with Joseph, and the group is en route through the forest to reach his boat. The new ally can help you kill opponents - he will automatically fire at them using the ballista on his boat. Let him do so in order to save valuable resources. 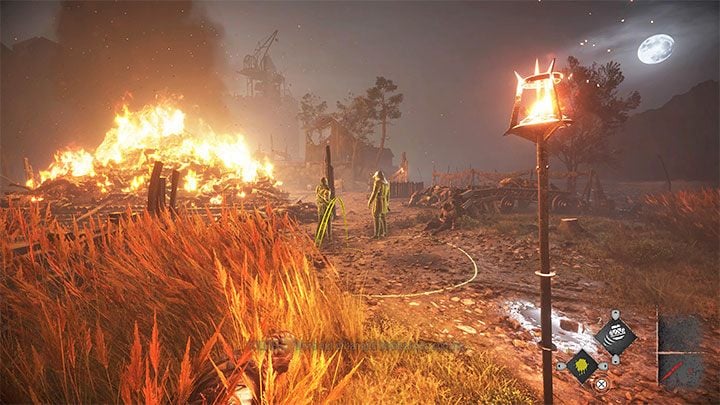 After some time, you'll have to deal with obstacles yourself. You need to sneak past the opponents (using tall grass and throwables), and there are a few tricks up your sleeve. You can:

The spilled tar will slow down the opponent's movements, and Ignifer will set him on fire. 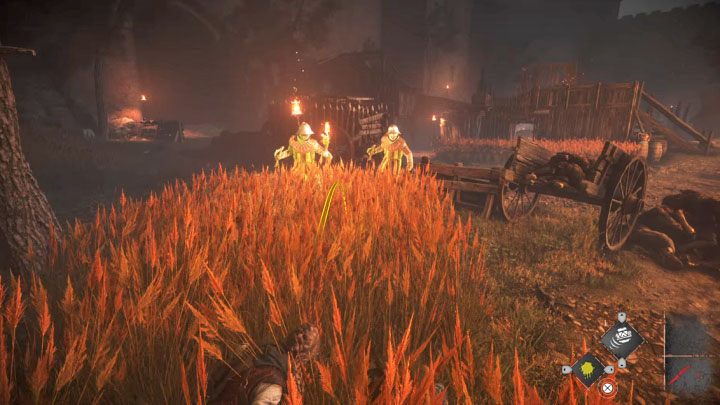 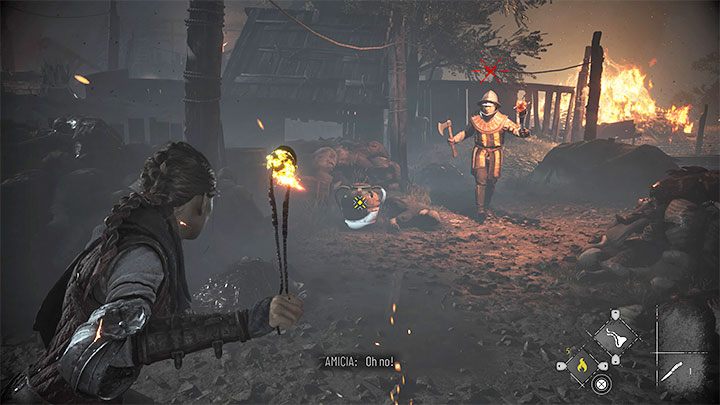 No matter the technique you use, stay at a safe distance, as Amicia or tall grass where she hides in can be set on fire when the explosion occurs. 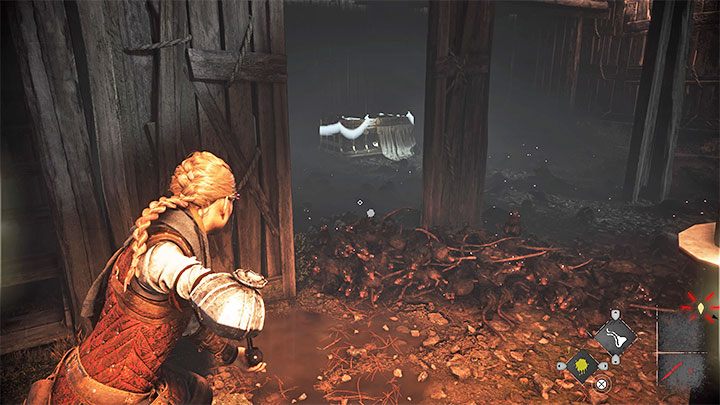 The next location is rather an open one, so watch out for archers (we recommend eliminating them with the slingshot) and rats (do not step into their swarms without a light source)

Use opportunities to replenish supplies along the way (look especially for pots) and help yourself by creating makeshift light sources. There is also a secret chest in the area (screenshot above) and to reach it, you'll need to employ e.g. a lit tar pot. 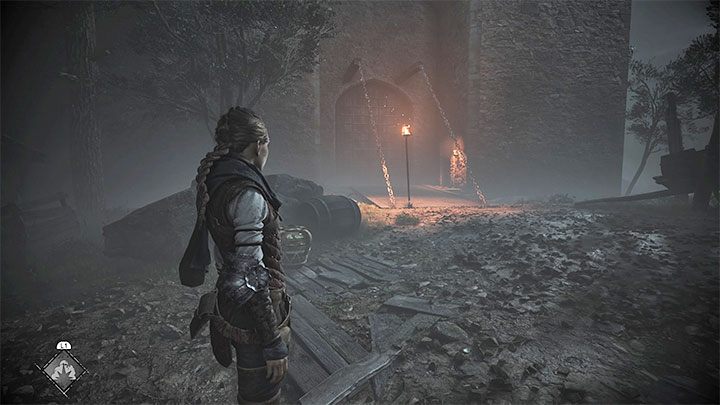 Head towards the castle walls located at the opposite end of the bonfire area.

Walk across the abandoned drawbridge and open the right door. There is a workbench here. You've made it - the boat is nearby.

Run from the rats 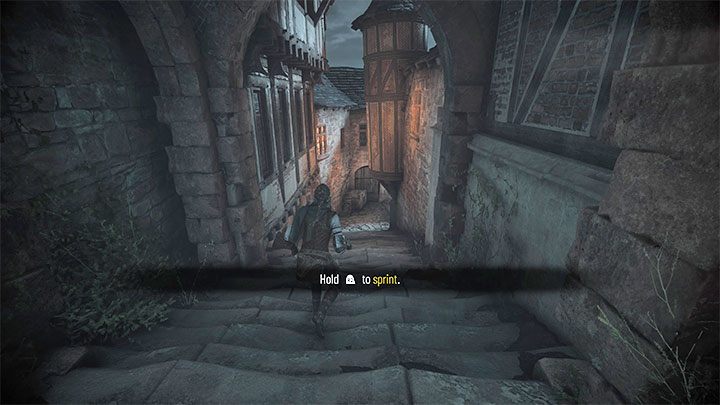 Before you is an interactive scene in which you escape a giant horde of rats. Only one of the paths doesn't end in a dead end, and you need to react fast and choose the right way. Don't forget about holding the sprint button (R2/RT on consoles).

After you pass through the building, the action continues, this time leading partially through rooftops. Once you made it to the rest of the team, new cut-scenes will begin. 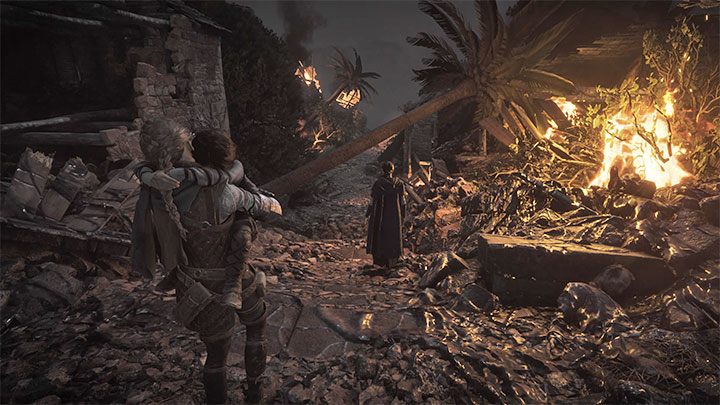 In the final part of the journey to Joseph's boat, Hugo will have to be carried. Rest easy - you won't encounter any problems along the way. Reaching the boat will conclude Chapter 4.