This page of our guide to A Plague Tale: Requiem contains information on available language versions. We've listed the available subtitle languages and voice acting languages. 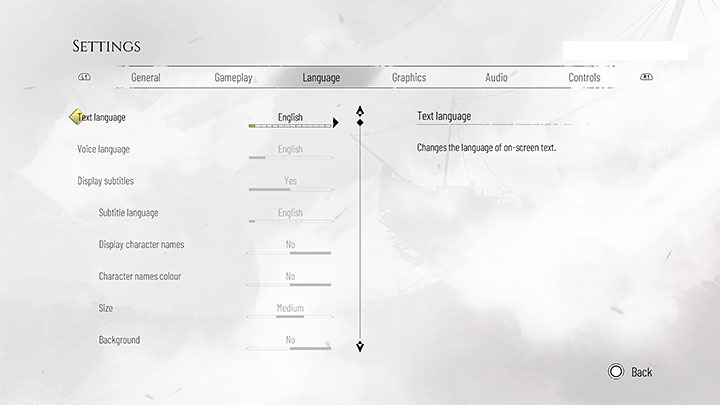 A Plague Tale: Requiem offers subtitles in 14 different languages. The interface, displayed messages and dialogue have all been translated. Dialogue subtitles are disabled by default, but in the settings you can enable them and change their display options, such as font size, background, or showing which character is speaking at the moment.

A Plague Tale: Requiem offers voice acting in 5 different languages. The default voice acting language is English. If you wish for higher immersion, we recommend choosing French voice acting, given the game takes place in France. This can, however, cause you some problems during more intense scenes, as the characters talk a lot and you may easily miss some lines because of it.