Remembrance is the penultimate chapter in A Plague Tale: Innocence. During it, you will fight with Nicholas, the person who attacked your house.

Attack on the castle

You start the chapter by reaching the walls. You have to light up the bonfires. Move the one closest to you. Then, go to the mechanisms and turn the hearth there. 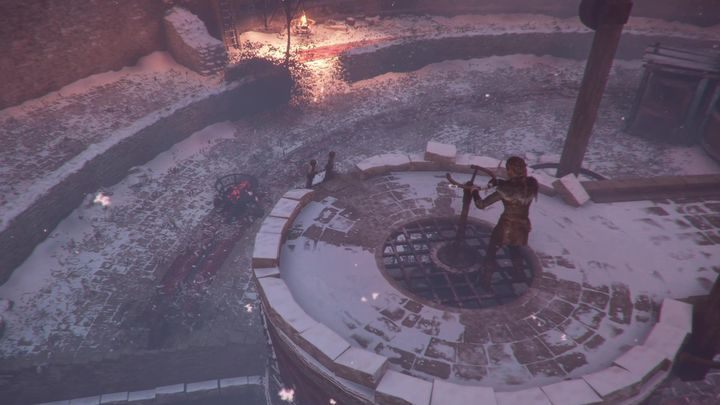 After that, you have to go to the hearth located opposite - move it towards the moat where you can set it on fire. 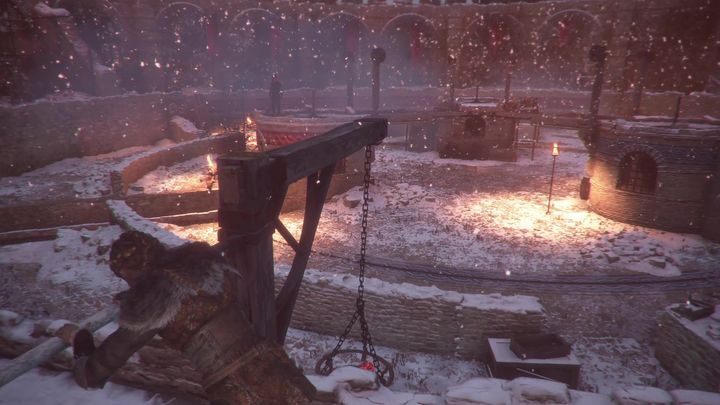 The attack will start here. You and Arthur have to get the main lobby. Return with the hearth to the starting position. Set this movable hearth and another closest to you on fire. Thanks to this, you will be able to move to a safe place. However, you must constantly destroy rat vortices with Ignifer. 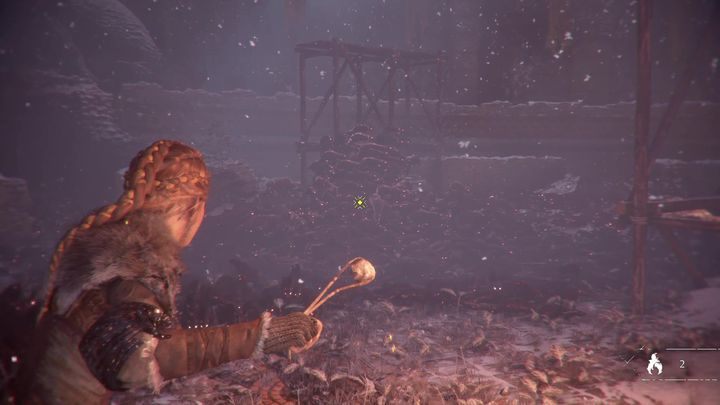 This path will lead you to the hearth near the ladder. Light it and then go up. Then, move them so that Arthur will be able to jump. You have to escort him. To do this, you have to not only move the hearth but also to stop the rat vortices.

Once you are in the lobby, you have to complete a short escape sequence that ends with a fight with Nicholas.

The fight with Nicholas

Nicholas isn't difficult to defeat. Hugo, who controls the rats, is on your side. The first time you only need to use Exstinguis to put out the lantern [2] and bonfires [1]. Thus, you will be able to direct rats towards the enemy. 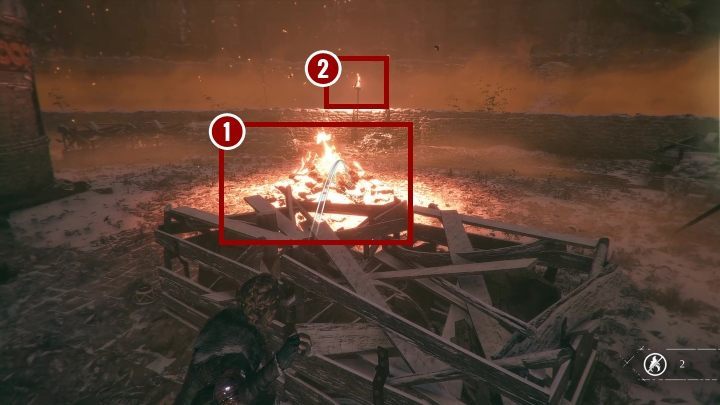 As for the next two rounds, Nicolas will burn. You can only put it out when he doesn't see you. Put out the bonfires first. After that, put out the lantern. Lastly, you have to put out the flames on the enemy. You have to do it very fast before he manages to set the bonfires and the lamp on fire again. 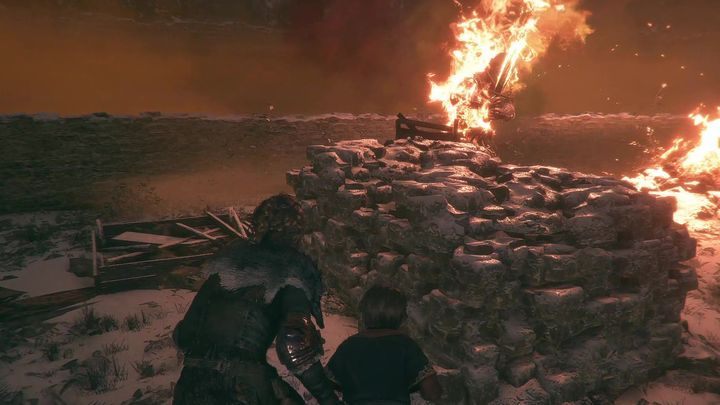 The chapter ends when you defeat the enemy.