The Strangers is the second mission in the plot of A Plague Tale: Innocence. The purpose of this quest is to find a doctor, a friend of the De Rune family. Go to the neighboring village. There, however, subsequent complications await. 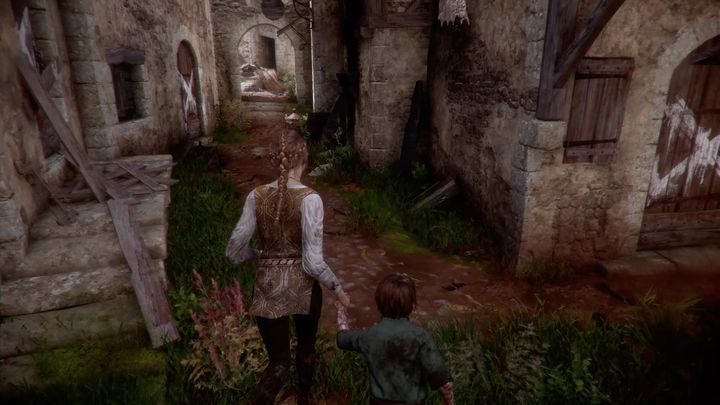 The situation will force you to run. Walk the streets until you see the open door. Go inside and hide behind a table. Another opponent will burst through the second entrance. Throw a stone into the pots on the wall [1]. This will lure the enemy to this place, and allow you to sneak to the exit [2]. 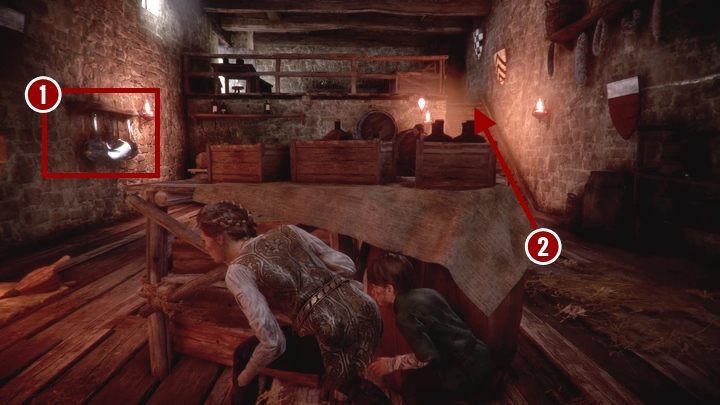 After you get out, run to the barn. There, you will have to move the stroller standing nearby. Interact with it. And push it to the hole in the wall. Remember that you can turn by changing the angle of the camera. 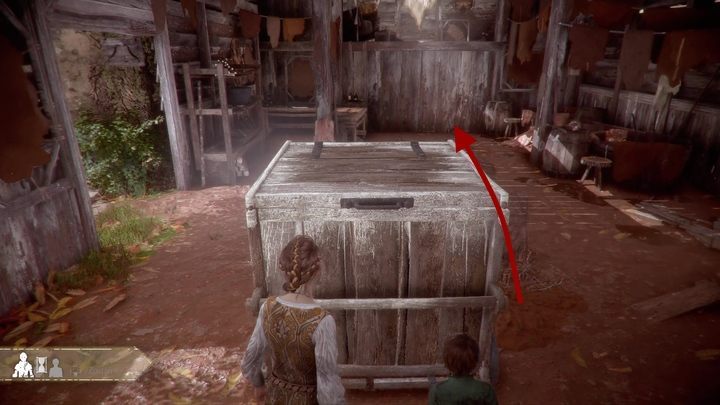 You will reach a higher level of the barn. There, with a slingshot, knock down another cart [1], which you roll under a hole in the wall [2]. 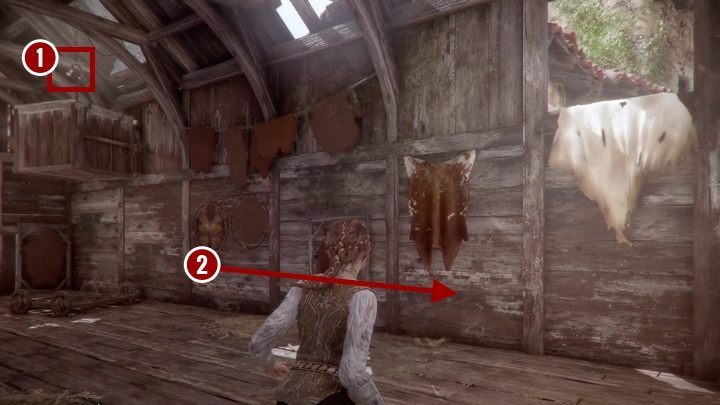 You will get out of the building. Walk down the street until you get to the alley. Tell Hugo to go up the ladder by the wall.

The ladder will be destroyed. Go left of the ladder. Jump to a small compartment. Look at the place where Hugo was standing. Next to it hangs the chest. Shoot the chain so that it will fall. Then, the brother will push it. You will thus be able to climb to the top. 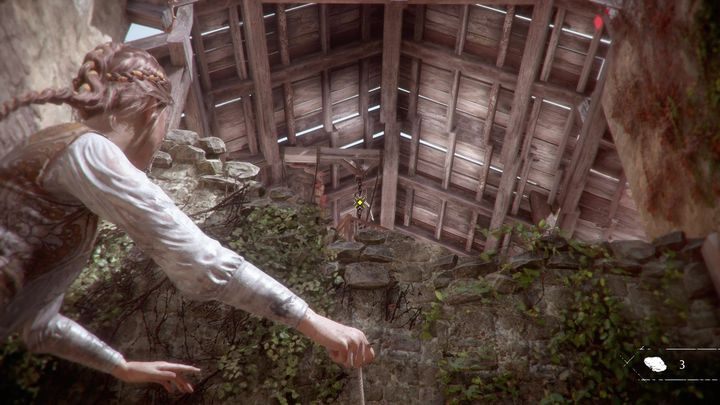 Then, you have to sneak past the next inhabitants. Sneak up on the wooden barricade. Throw a stone into the hanging steel elements [1], which will distract the nearest enemy. Then, go behind the fence and go into the tall grass [2]. 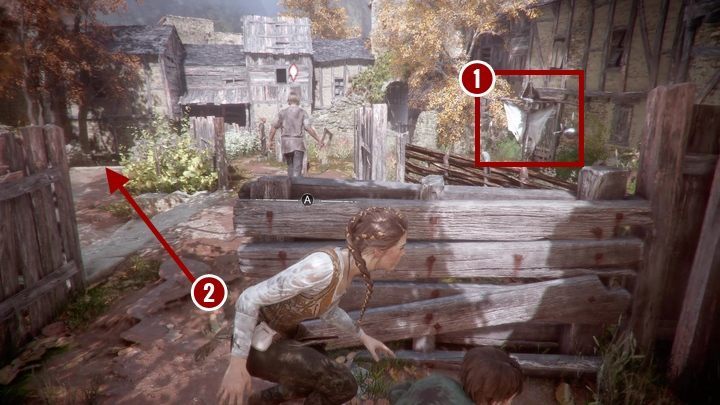 Nearby, you will find a piece of glasswork or pottery that you can use to distract another opponent. 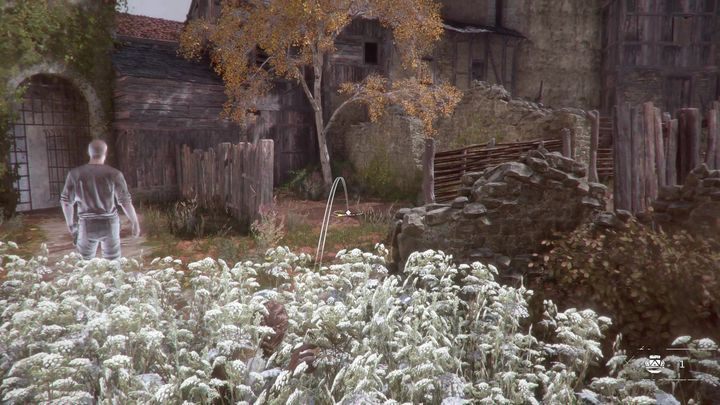 After that, you will have to escape again. At the end of the road, you will find an open door. After entering the house, go to the second door. Unfortunately, they can only be opened from the outside. Tell Hugo to go out the little window and open the door. 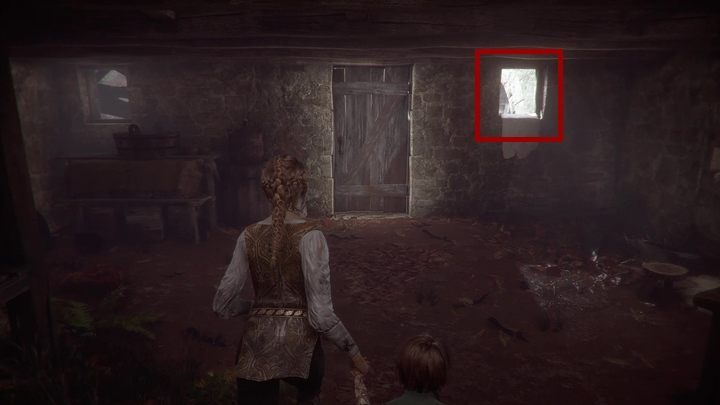 Then, you will have to run again. In the end, you will encounter a small courtyard. An old lady will open the door for you; he will help you lose the chase. 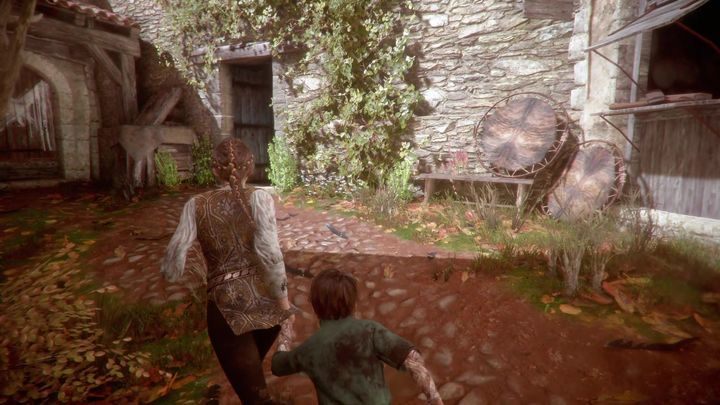 At the entrance to the house, have a short conversation with the savior. Then, go to the second floor. There, in the old woman's bedroom, you will find a chest. Interact with it. Return to the first floor. 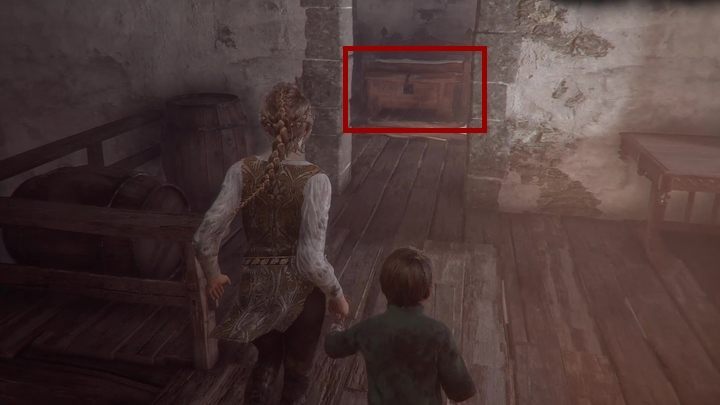 Complete a brief tutorial of crafting. Go to the warehouse and pick up the tools lying on the table next to you. Then go out into the yard. You'll find a skin by the cabin wall. Take it and go back to the workbench. There, you can craft a basic improvement of the slingshot. 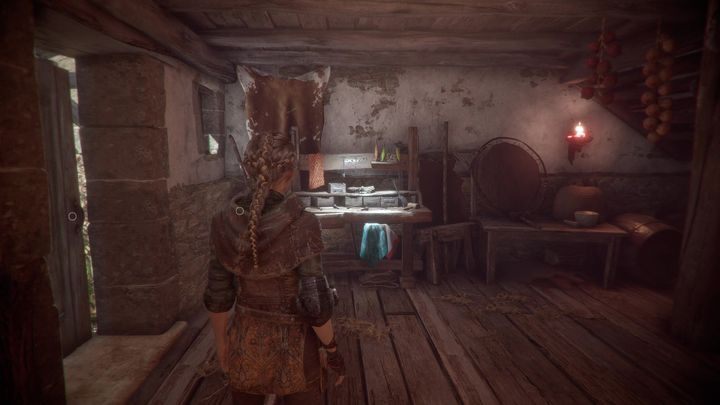 Once you do, you will have to go chasing Hugo. Don't stop running! At some point, your companion will be captured by the enemy. A counter will appear. If it fills up, Hugo will die. 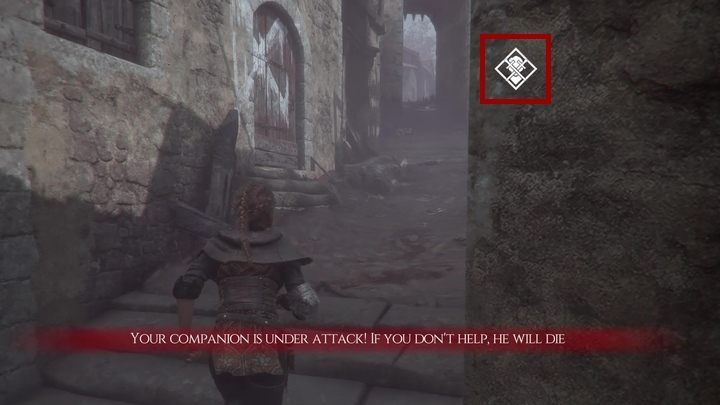 You need to reach him as soon as possible and get rid of the enemy. You have to do this by shooting the enemy from a slingshot to the head. After that, you will have to avert the chase for the last time. You will reach the gates of the monastery. Go on through the hole in the fence. Now you will have to win a fight with a powerful enemy. 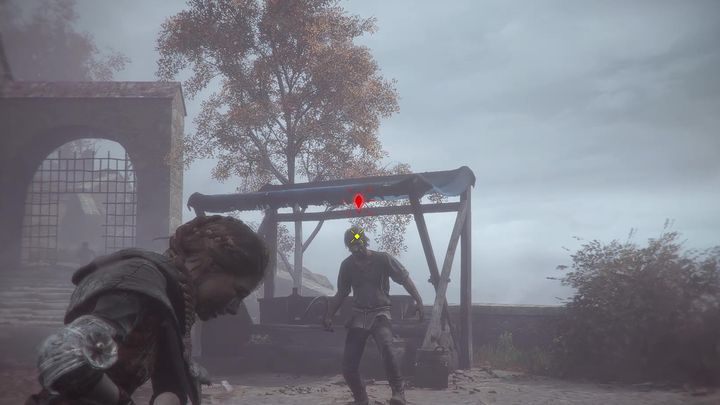 The fight in the courtyard

At this time, confrontation is inevitable. You have to kill your opponent. Unfortunately, he is wearing armor, so elimination will initially not be possible.

During the battle, use dodging. First, you need to knock down his two shoulder pads. Their mounts are located on the back of the wheel. Instead of running in circles around the enemy, wait for him to get close and only then attack. Then dodge in any direction. The force of the blow will cause the ax to slam into the ground, immobilizing the opponent for a moment. You can safely go around the enemy and knock off the wheels. 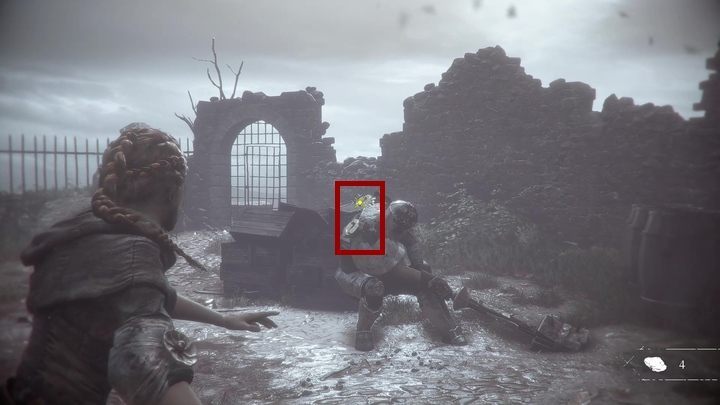 Then, you will have to shoot down the collar, which is mounted on the chest of the enemy. You can shoot it down when he is walking in your direction to deliver an attack. However, you have to dodge immediately after shooting. Otherwise, you die. 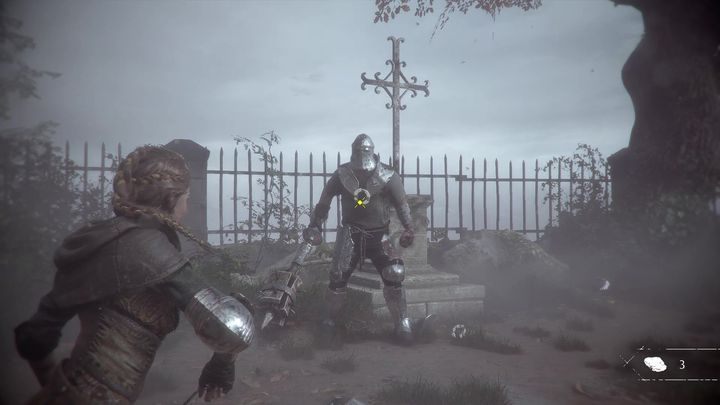 At this point, you can already remove your opponent's helmet. The helmet's attachment is on his back. You need to repeat the evasive maneuver again. It may also happen that your opponent gets tired of fighting and rests for a while. Then you get the perfect opportunity to shoot down the helmet. 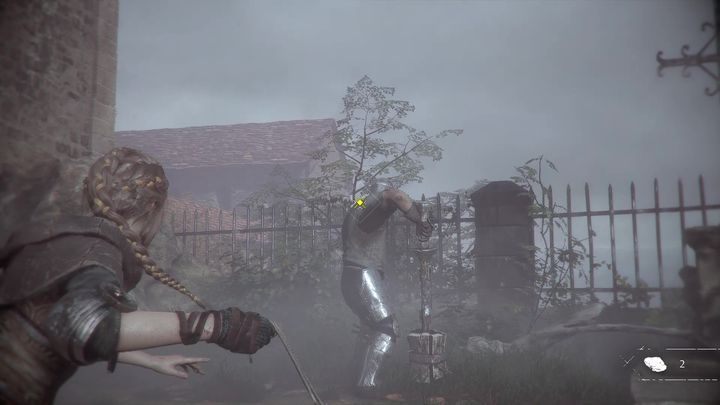 In the end, you just have to shoot the exposed head of the enemy.