This guide for 1979 Revolution Black Friday constitutes a detailed list of all the activities available in the game. It provides you with a detailed description of each chapter of the game, enriched with the author's screenshots. This guide presents all of the key choices that you make and specifies their outcomes. Also, this guide includes a list of all the collectibles in the game, alongside descriptions of steps necessary to obtain them.

1979 Revolution is an adventure game in the vein of Telltale studio ones. The game focuses on choices your character makes and it is his actions, and his words that shape the course of action. The game revolves around the Iranian revolution, of 1979 which resulted in the overthrowing of Shah Mohammed Reza Pahlav. The game has been developed y the American-based iNKstories studio. 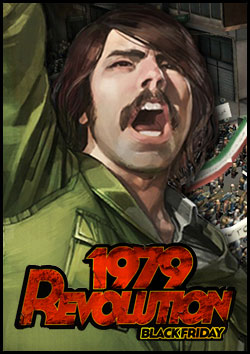 1979 Revolution is an action game in which we are involved in high profile political changes that took place in 1979 in Iran – called the Iranian Revolution. Let us remind that this was the year when, as a result of mass demonstrations, dictatorial regime of Shah Mohammad Reza Pahlavi was overthrown, and Pahlavi was forced to flee the country.

In 1979 Revolution we observe the action from the third-person perspective. Players impersonate several participants of those events. Some of the protagonists we control specialize in combat, while others rely on negotiation skills, stealth, or even trade.

Each level has an open structure, resembling somewhat the Grand Theft Auto series. Important aspect of 1979 Revolution is an attempt to present the history from different, sometimes conflicting, points of view. By controlling different characters we experience different ways of perceiving moral controversies surrounding the revolution in Iran. This site is not associated with and/or endorsed by the iNKstories or iNKstories. All logos and images are copyrighted by their respective owners.